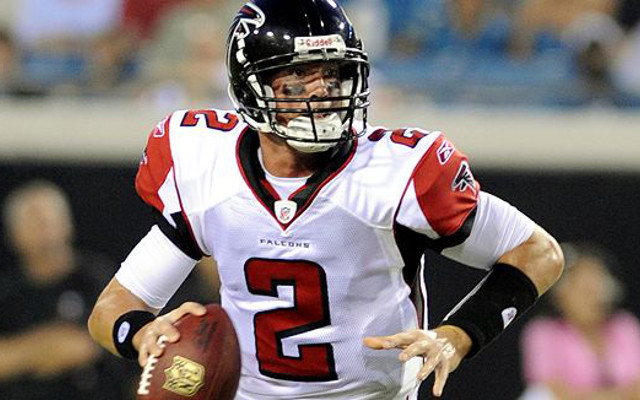 The Cowboys were thought to be a dark horse coming into the season for the NFC East, but that horse has since left the stable. I don’t see a scenario in which they save the season and make the playoffs. Dak Prescott was thought to be the answer at the helm of the offensive unit, but that is in question as of late. Meanwhile, the Falcons have one of the most potent passing attacks in the NFL this year so far— something the Cowboys will have to tackle in this one.

The spread is only at 3.5 points currently, which is a surprise to me. The Falcons tend to play down to their competition, but they are still the better team. As the home team, I’m surprised that Atlanta is only a 3.5 point favorite. 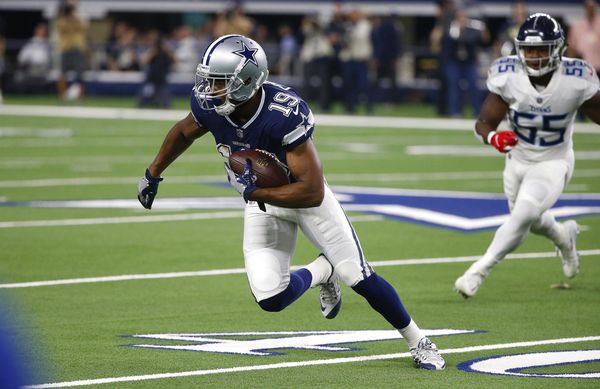 Cowboys vs. Falcons Head to Head

The Falcons have had the Cowboys dead to rights over the past three matchups. In November of last year, the two teams met with the Falcons overpowering the Cowboys 27 – 7. Before that, the Falcons flexed their offensive arms in a shootout ending 39 – 28 bak in 2015. Way back in 2012, the teams met and the Falcons once again, prevailed 19 – 13.

As I stated earlier, the Falcons boast the second-best passing attack in the league, but unfortunately, they cannot put together much on the ground. Their rushing attack falls in line at 4th worst despite having two powerhouses in their backfield with Tevin Coleman and DeVonta Freeman. Still, the passing game is so good that it makes up for the lack of a consistent rushing game, as the dirty birds come in at 5th overall in a combined statistic. Their defense has some holes left from injuries; therefore, the defense shows up at 4th-worst as well. The Cowboys have nearly the opposite approach. Their running game is sixth best in the league, while their passing game falls short, coming in at 29th, or 3rd worst. Their shortcomings in the passing game carries over to overall offensive production, a statistic in which they rank 27th. However, they still have some hope in this one as their defense is the 4th best unit in terms of yardage given up.

Lots of rumors are flying around the Cowboys coaching staff. They were reported to have been contemplating a firing of their offensive coordinator, Scott Linehan over the team’s bye week, and per usual head coach Jason Garrett’s name has been floating out there on the hot seat as well. A common suitor for the position, if it becomes available, is Oklahoma Sooners head coach, Lincoln Riley. The team needs to be focused on getting the best players back on the field. Even against the bitter rivaled Eagles, 6 starters were missing from the game including stars Taco Charlton, Sean Lee, Connor Williams, and Tavon Austin. The Falcons are also dealing with injury and the defense has been missing their standouts, none more than Deion Jones. In fact, the Jones-less Falcons lost to the currently head coach-less Browns. 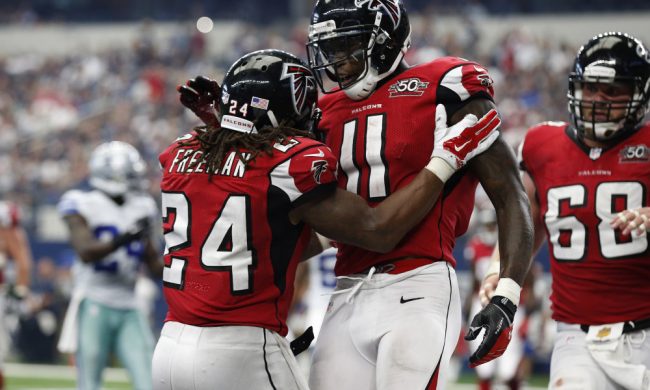 I expect that the Falcons will bounce back against the Cowboys. They are a better offense, they have less dysfunction, and they are at home. If Steve Sarkisian can figure out ways to get the ball into his running backs’ hands, the Falcons should roll right on through on the Cowboys. I expect a final score somewhere in the neighborhood of 31-17.

Join us on Telegram to get even more free tips!
« Green Bay Packers vs. Seattle Seahawks Preview, Tips, & Odds
Pittsburgh Steelers vs. Jacksonville Jaguars Preview, Tips, & Odds »
SportingPedia covers the latest news and predictions in the sports industry. Here you can also find extensive guides for betting on Soccer, NFL, NBA, NHL, Tennis, Horses as well as reviews of the most trusted betting sites.
NFL Betting Tips, Predictions and Odds 332