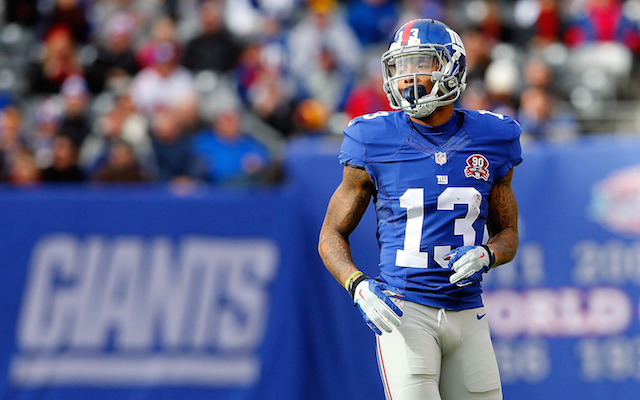 Is it actually possible for the New York Giants to win out the rest of the year and sneak into the playoffs? Odell Beckham Jr. seems to believe so after the Giants took down the San Francisco 49ers Monday Night. The win is just the Giants’ second win on the season, but get a winnable matchup in Week 11 against a 3-6 Bucs team that lost to the Washington Redskins 16-3. The Giants are sitting at 2-7 and look to snag their first home victory of the season. 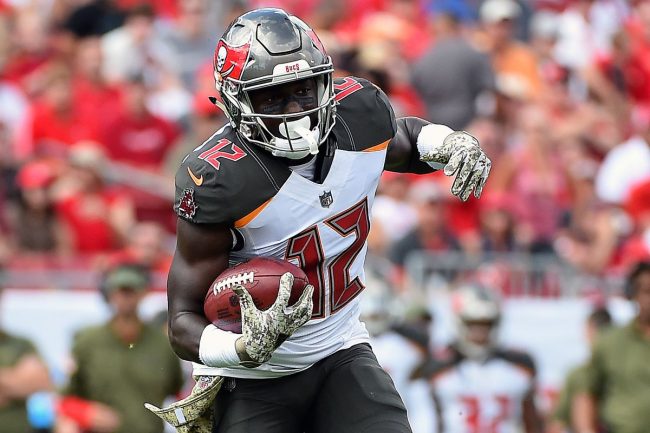 Buccaneers vs. Giants Head to Head

The Giants offense played fairly well against the 49ers in Week 10, as Eli Manning tossed 3 TD’s on only 188 yards. The team will take it as they came away with the victory and Manning managed to not throw an interception. Odell Beckham Jr. took advantage of the 49ers suspect secondary finishing with 4 receptions for 73 yards and 2 TD’s. It was a good day on the defensive side of the ball for LB B.J. Goodson, who finished with a pair of interceptions on Nick Mullens. The last time the Buccaneers took on the Giants, Tampa Bay came out victorious 25-23. Jameis Winston passed for over 300 yards and 3 TD’s, but this Sunday we’ll see another week of Ryan Fitzpatrick behind center. Surprisingly enough Fitzpatrick passed for 406 yards last week against the Redskins, but the kicker is he didn’t throw for a single touchdown. Instead, he threw 2 INT’s, and the Buccaneers didn’t see the end zone once in Week 10.

Fitzpatrick on the season has a 67% completion percentage for 2,199 yards with a 17:9 TD to INT ratio. That’s in just six starts for the Buccaneers this season, while Eli Manning has started every game for the Giants and has the same completion percentage as Fitzpatrick- about 370 more passing yards but just an 11:6 TD to INT ratio. Sorry Eli, but not even your Super Bowl ring makes us think you’re the best quarterback in this matchup. A missing person report can be filed for Mike Evans, who has only gathered 4 receptions for 67 yards over his last two games. The wide receiver still remains the top option in the passing game and is closing in on a 1,000-yard season for the Buccaneers. He’ll see coverage from Janoris “Jackrabbit” Jenkins in this week’s matchup.

Saquon Barkley rushed 20 times for 67 yards and caught 4-of-5 targets for 33 yards in the Giants’ Week 10 win over the 49ers. That marks Barkley’s eighth 100-yard game in nine contests as a pro. Bigger days are ahead obviously, and he should flourish this week against the Bucs’ bottom-barrel defense. 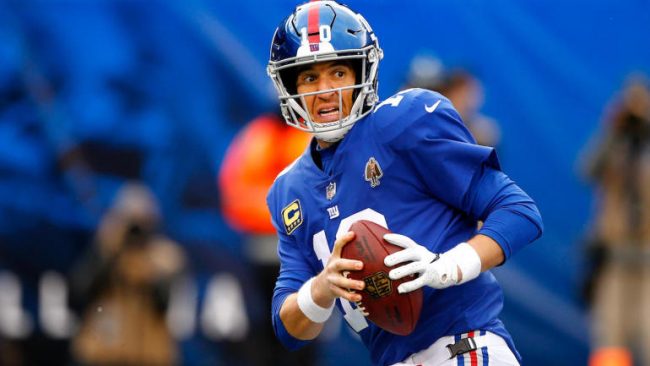 Join us on Telegram to get even more free tips!
« Tennessee Titans vs. Indianapolis Colts Preview, Tips, & Odds
Denver Broncos vs. Los Angeles Chargers Preview, Tips, & Odds »
SportingPedia covers the latest news and predictions in the sports industry. Here you can also find extensive guides for betting on Soccer, NFL, NBA, NHL, Tennis, Horses as well as reviews of the most trusted betting sites.
NFL Betting Tips, Predictions and Odds 332