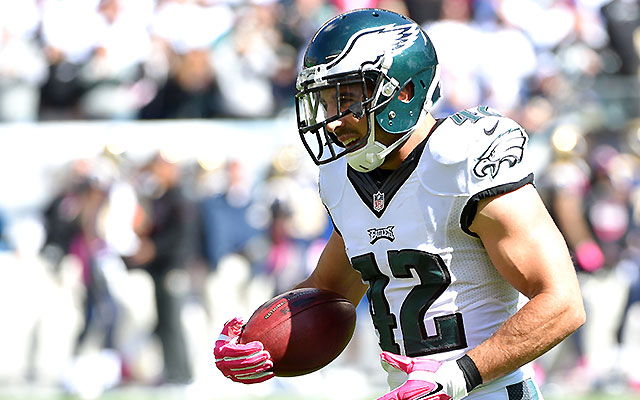 It’s an NFC East showdown as the New York Giants and Philadelphia Eagles prepare to face off once more this season. It’s been nothing short of a disappointing season for both of these teams, as the Giants sit at 3-7 and last in the division and the Eagles are third in the division with a 4-6 record. The Eagles look to make this their fifth straight win against the Giants since the 2016 season.

The Eagles are favored -6 in this week’s matchup, as the Giants enter this week of the season winners of two straight games. After a 48-7 blowout loss to the Saints, the Eagles have now dropped two games in a row and look to get back to .500 this season at home currently sitting at 2-3. Luckily the Giants have played better on the road this season, as they also look to improve upon a 2-3 record. 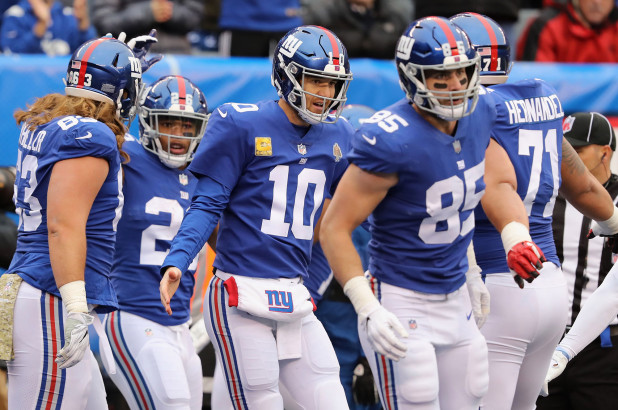 Giants at Eagles Head to Head

These two teams faced off earlier this season on Thursday Night Football in Week 6. The Eagles came out on top in that matchup 34-13, and the Giants seek their revenge. It was a big day through the air for Carson Wentz, who completed 26-of-36 pass attempts for 278 yards and 3 TD’s. Alshon Jeffrey brought in 8 catches that game for 74 yards and 2 TD’s. Not much went well for the Giants offensively in that game besides the play of rookie phenom Saquon Barkley. On 13 carries Barkley finished with 130 rushing yards and a touchdown, while he also caught an incredible 9 passes for 99 yards. The team will have TE Evan Engram back this time around after missing the first matchup against the Eagles.

Let’s not forget that the Giants enter this matchup as the team on the hot streak. Yes, they’ve beaten the 49ers and Buccaneers, who are two of the worst teams in the entire league, but to a team like the Giants it builds a substantial amount of confidence. We look at how the Giants have put together back-to-back wins, and one big reason is zero turnovers from Eli Manning. In the last two games for the Giants, Manning has combined for 419 passing yards and 5 TD’s. This kind of quarterback play is what the Giants have needed all season, and we’ll see if he can keep it going. In Week 6, Manning threw for 281 yards and one interception in the loss against the Eagles, but with weapons like Beckham, Barkley, Shepard, and Engram the veteran quarterback is always capable up putting up big numbers.

The injury bug has affected the Eagles all season, and it’s especially hit their secondary. The only remaining player from their Week 1 secondary is S Malcolm Jenkins, as both Rodney McLeod and Ronald Darby have been placed on season-ending IR. Jalen Mills has missed time with a foot injury, and in Week 11 the Eagles entered with Avonte Maddox and Rasul Douglas as their starting corners, but both of them were hurt against the Saints. It remains to be seen who will be covering Odell Beckham Jr. in Week 12, which is never good. 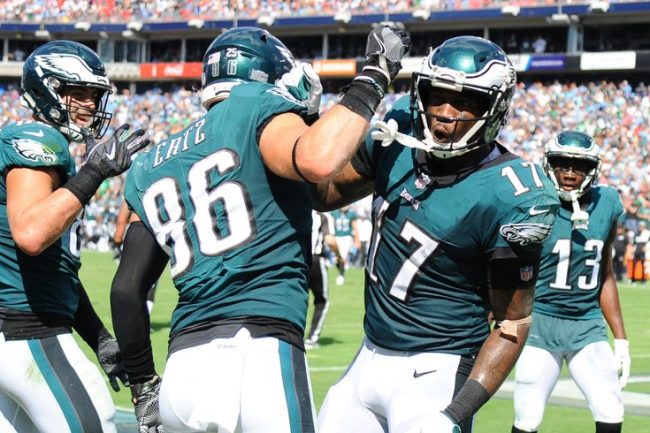 It’s difficult to see the Eagles lose three straight games and playing at home this week should help bring energy to a team that needs it. We’re taking the defending Super Bowl Champions in this game 32-24.