Twitter
« Washington Capitals vs. Chicago Blackhawks Preview, Tips, and Odds
NHL News: Edmonton Oilers Trying To Get Back On Track » 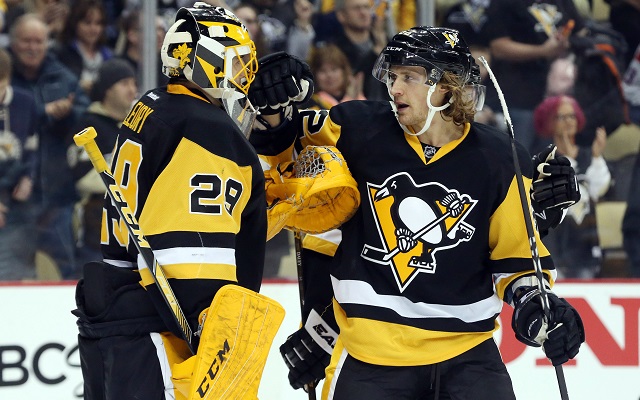 A pair of Eastern Conference rivals will meet up in Boston as the Bruins take on the Pittsburgh Penguins. The Bruins and Penguins have had several memorable playoff series in recent years, and there is no love lost between these rivals. Both of these teams still have plenty of work to do this season to reach the playoffs, but both rosters are still loaded with some of the most talented players in the NHL. Boston comes into this game with 26 points this season, but find themselves in fourth place in the Atlantic Division. The Penguins have gone through a rough patch, and have recorded just 20 points this season. Pittsburgh is in a tie for last place in the Metropolitan Division heading into this game.

The moneyline for this game is Boston Bruins -135 while the Penguins check in at +110. The over/under for total goals scored is set at 6.0 for this game. 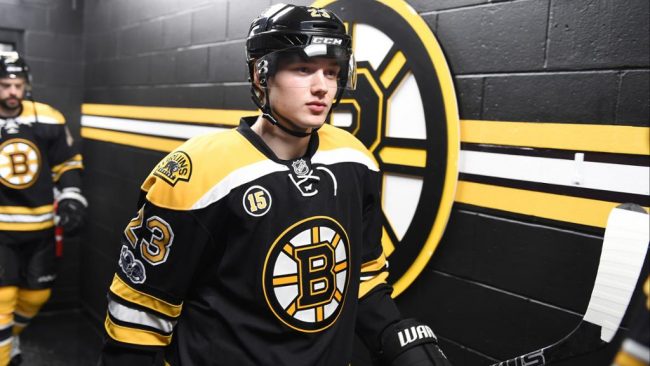 Bruins vs. Penguins Head to Head

This is the first of three games between the Boston Bruins and the Pittsburgh Penguins this season. The Bruins got the better of the Penguins a season ago, winning two of the three games played. Boston outscored the Penguins, 17-13, in those three contests.

The Boston Bruins have allowed just 2.48 goals per game this season, which is the second best scoring defense in the NHL. Goaltender Jaroslav Halak has been incredible in net for the Bruins this season, recording two shutouts and posting a 2.07 goals against average. David Pastrnak leads the team with 17 goals scored already this season.

Pittsburgh has struggled to keep goals out of their net this season, but they are one of the highest scoring teams in the league, averaging 3.45 goals per game. Evgeni Malkin leads the team with 20 assists and 28 points on the season, while Phil Kessel leads the team with 10 goals.

The Boston Bruins are being forced to play without two of their best players and leaders. Zdeno Chara will miss the next four weeks with a knee injury, leaving the Bruins defense thin. Boston will also be without center Patrice Bergeron for an extended period of time after he was injured while being checked earlier this week. Chara and Bergeron have been the two most consistent stars for the Bruins in recent seasons.

While the Bruins are dealing with injuries, the Penguins are starting to get healthy again. Forward Derick Brassard returned earlier this week after missing more than a month with a lower-body injury. Penguins captain Sidney Crosby returned to the lineup on Wednesday and scored a goal in his return. Crosby missed a week with an upper-body injury. 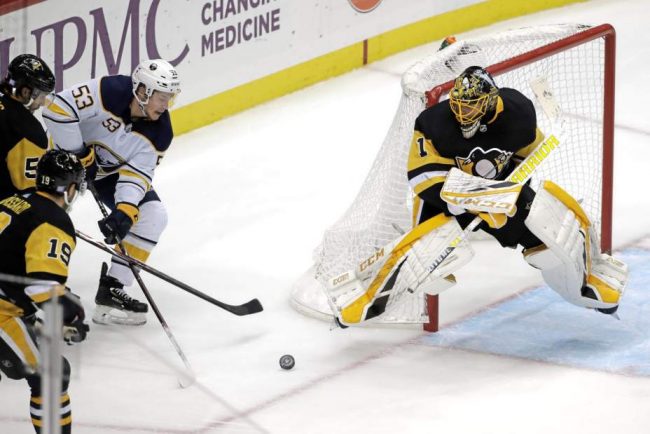 There is always plenty of excitement and intrigue when these two teams square off, but the Bruins will be without two of their stars in this matchup. Boston has been the much better team this season, but the Penguins appear to be gaining traction. Look for Crosby to lead his team into Boston and pick up a big win over the Bruins. Bet the Pittsburgh Penguins +110 over Boston in this game.

« Washington Capitals vs. Chicago Blackhawks Preview, Tips, and Odds
NHL News: Edmonton Oilers Trying To Get Back On Track »
SportingPedia covers the latest news and predictions in the sports industry. Here you can also find extensive guides for betting on Soccer, NFL, NBA, NHL, Tennis, Horses as well as reviews of the most trusted betting sites.
NHL Betting Tips, Predictions and Odds 121