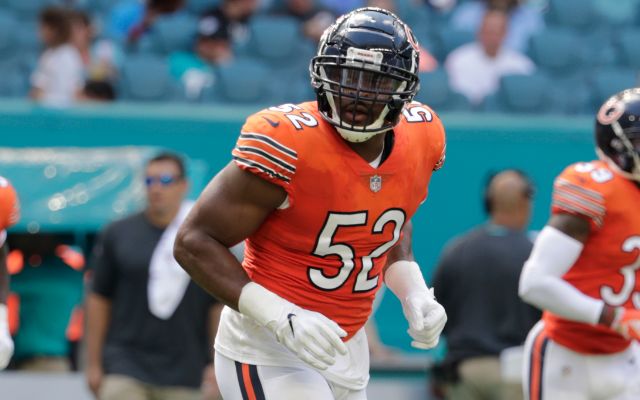 The Bears come into this game as one of the pleasant surprises this season, while the Giants are another disappointment. Many thought they would be in contention for the NFC East crown, but new head coach Pat Shurmur has yet to deliver on those expectations. The good news for the G-men, though, is that the NFC East is still pretty wide open. They will have to string some wins together to finish out the season, but there is still some hope, not much, but some. As for Chicago, they will look to start locking up their division as they sniff closer to their final prize: an NFC North division title and a playoff berth. 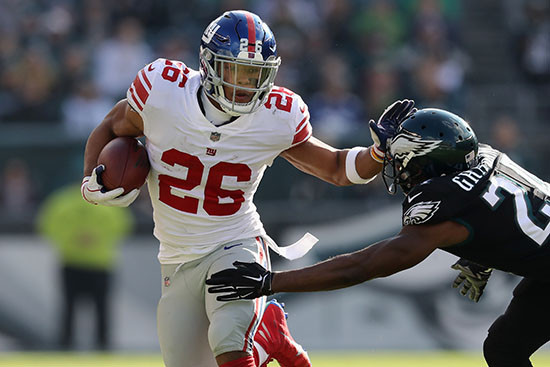 Bears vs. Giants Head to Head

Despite both teams residing in the NFC, they haven’t played each other very often. Their last meeting came back in 2016, a game in which the Giants defeated the Bears by a score of 22 – 16. Before that, the Bears got the better of the Giants 27 – 21. That game came in 2013. Before that yet, the Bears once again, had the better day, winning 20 – 17. That game was in the preseason of 2012.

When it comes to the Bears, it all starts with their defense. Two major stats they rely on include their 3rd place ranking in total yards given up thus far this season. The other is turnovers. The Bears have 20 turnovers this season, the most in the league. Their offense is far from stagnant but still finishes in the bottom half in overall yardage. They finish 15th in rushing yards and 20th in passing yards. Both numbers aren’t great, but the defense helps hold up the team.

The Giants have a dismal defense, ranking 23rd in the league currently. Their passing game has been excellent, coming in at 12th best in the league. However, their run game needs some help, more help than Saquon Barkley has been able to afford them, as they are currently ranked 29th in rushing yardage.

Saquon Barkley had a terrific first half, then disappeared in their last game against the Eagles. Speculations were that he was hurt, but no real news has supported that assumption. The defense imploded late, and they ended up losing the game they should have won. The Eagles defensive backfield that took the field was a patchworked ragtag version of one of the worst in the league, while Chicago’s unit is one of the very best. The Giants will struggle to pass the ball as effectively against the Bears. As for Chicago, Khalil Mack looks to continue his historic season. He leads the league in forced fumbles and is near the top in sacks. It has been worth noting that New York’s offensive line hasn’t been great. He’ll be drooling in this one. 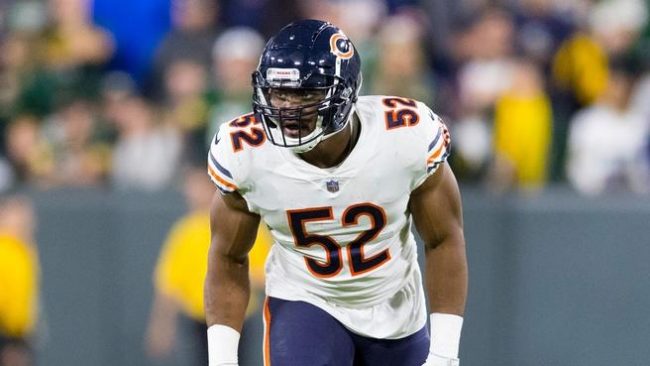 I think the Bears will handle the Giants easily. Their defense will be too much for the Giants to move the ball consistently. Pat Shurmur’s time in Minnesota may help him, but the Giants are just not a strong team, nor a strongly coached team. The Bears are full of confidence and look ready to make the next step toward securing a division title. That starts here with a 24 – 13 victory against the Giants.

Join us on Telegram to get even more free tips!
« Green Bay Packers vs. Arizona Cardinals Preview, Tips, and Odds
Minnesota Vikings vs. New England Patriots Preview, Tips, & Odds »
SportingPedia covers the latest news and predictions in the sports industry. Here you can also find extensive guides for betting on Soccer, NFL, NBA, NHL, Tennis, Horses as well as reviews of the most trusted betting sites.
NFL Betting Tips, Predictions and Odds 332