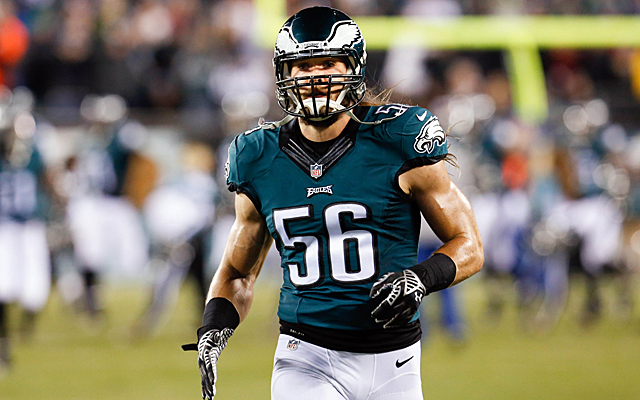 A pair of NFC East rivals will wrap up week 13 of the NFL regular season with a primetime battle on Monday Night Football. The Washington Redskins will travel to Philadelphia to take on the defending Super Bowl Champion, Philadelphia Eagles. This game will likely knock the loser out of the playoff race in the NFC, but the winner will still have a chance of winning the NFC East. The Redskins are in a first-place tie with the Dallas Cowboys entering this game, while the Eagles are just one game back.

The Philadelphia Eagles are a 6.5 point favorite over the Washington Redskins on Monday night. The over/under for total points scored is set at 44.5 points. 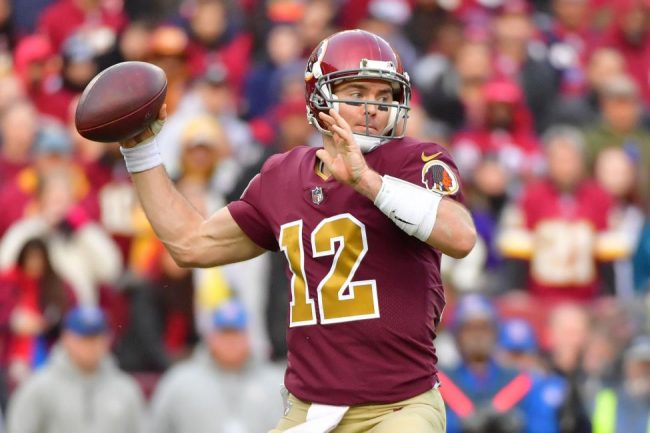 Eagles vs. Redskins Head to Head

This is the 169th all-time meeting between the Philadelphia Eagles and Washington Redskins. The Redskins hold an 86-76-6 lead in the series standings, but the Eagles have been closing the game of late. Philadelphia won both games against the Redskins last season.

The Eagles have struggled to put points on the board this season, and they come in averaging just 20.9 points per game. Quarterback Carson Wentz has thrown for over 2,500 yards this season and has completed nearly 70 percent of his passes. The Eagles are still looking for a running back to step up this season. Josh Adams leads the team with just 291 rushing yards, and the Eagles have scored just six rushing touchdowns all season. Tight end Zach Ertz has six receiving touchdowns to lead the team.

Running back Adrian Peterson has been the workhorse for the Washington Redskins this season. Peterson has racked up 758 rushing yards this season and has found the end zone six times. The Redskins have had nine different players catch a touchdown pass this season, but Jordan Reed leads the team with 537 receiving yards.

The Philadelphia Eagles could be getting several players back for this matchup with the Redskins. Jalen Mills, Sidney Jones, and Avonte Maddox all missed the Eagles victory in week 13, but could all be upgraded to active for this Monday night game against the Redskins.

Washington was forced to turn to backup quarterback Colt McCoy after starter Alex Smith suffered a gruesome leg injury. Smith underwent surgery to repair the broken leg, and the Redskins believe that he will be able to return to football after a span of six to eight months. 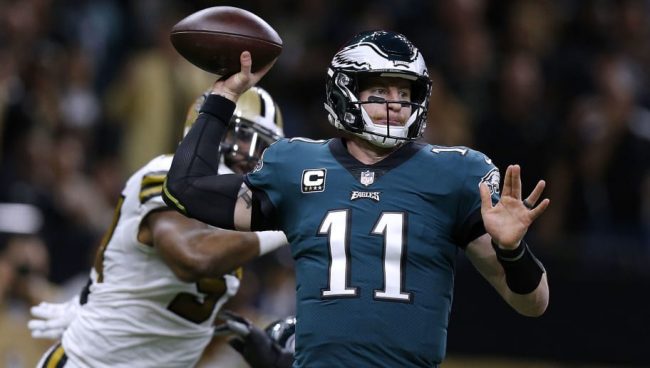 The Redskins looked to be in control of the NFC East for much of the season, but the injury to Smith really derailed the team. Philadelphia has not looked anything close to the same team that they were a season ago, but there is still a chance at the playoffs. Look for the Eagles to establish their dominance and beat the Redskins convincingly in this game. Bet the Philadelphia Eagles -6.5 over the Redskins on Monday night.

Join us on Telegram to get even more free tips!
« Los Angeles Chargers vs. Pittsburgh Steelers Preview, Tips, & Odds
Cleveland Browns at Houston Texans Preview, Tips, and Odds »
SportingPedia covers the latest news and predictions in the sports industry. Here you can also find extensive guides for betting on Soccer, NFL, NBA, NHL, Tennis, Horses as well as reviews of the most trusted betting sites.
NFL Betting Tips, Predictions and Odds 332