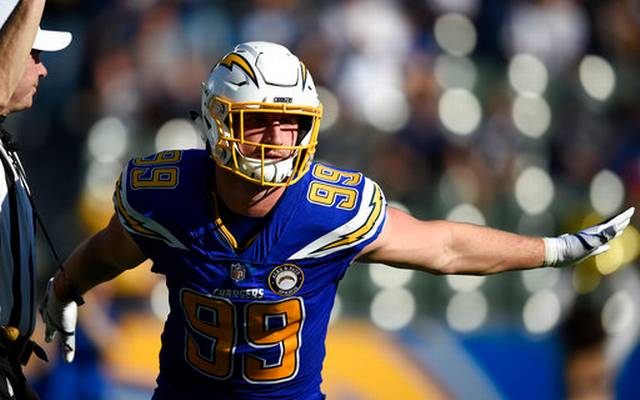 The Cincinnati Bengals will be traveling to the StubHub Center to take on the Los Angeles Chargers in a Week 14 showdown. The Chargers currently sit at 9-3 on the season, trailing the 10-2 Kansas City Chiefs in the AFC West. Winners in 8 of their last 9 games, the Chargers continue to be one of the league’s best teams despite the injuries that have surrounded Melvin Gordon and Joey Bosa this season. The Bengals are 5-7 on the season, and third in the AFC North. At this point of the season, the Bengals are looking to spoil as many playoff teams’ chances as possible.

The Chargers are favored by the most points in Week 14 at -14. The Bengals have already placed Andy Dalton and A.J. Green on season-ending injured reserve making it difficult to defeat a team like the Chargers who can beat you in so many aspects of the game. 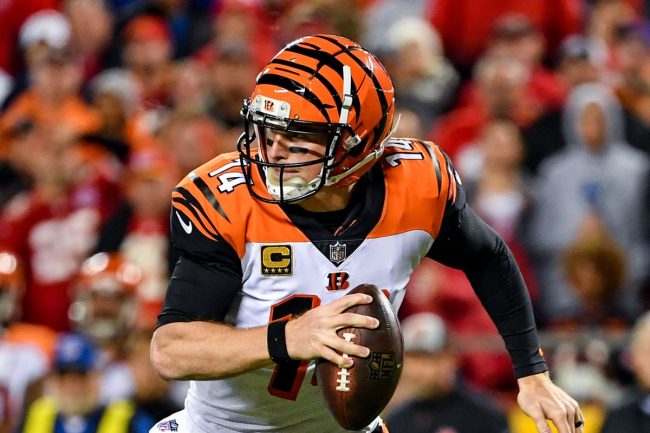 Bengals at Chargers Head to Head

We saw the Chargers come back down 16-points Monday night against the Pittsburgh Steelers, where they outscored the Steelers 26-7 in the second half. The big momentum shift came towards the beginning of the fourth quarter in that game when CB Desmond King returned a punt 73-yards for a touchdown. The Steelers are one of the better teams in the league, and the Chargers snuck out with a win despite having Melvin Gordon sidelined. While Austin Ekeler struggled in his place, rookie 7th round pick Justin Jackson stepped up in the second half. Jackson finished with 8 carries for 63 yards and a go-ahead 18-yard touchdown in the fourth quarter. With Gordon sidelined, we expect Jackson to get more carries based off his performance against the Steelers, while Ekeler plays as the change of pace back.

Philip Rivers has been incredible this season, as he continues to chase his chance at a Super Bowl. Rivers is completing 70% of his passes for 3,418 yards and a 28:6 TD to INT ratio. Keenan Allen really showed out against the Steelers, catching 14 passes for 148 yards and a touchdown. Allen also converted a huge 2-point conversion following the Desmond King return touchdown to tie the game at 23 apiece. While the Bengals fell to the Broncos in Week 13 24-10, Tyler Boyd continued his breakout season with 6 catches for 97 yards on the afternoon. Boyd is closing in on a 1,000-yard season, while we can expect an uptick in targets with Green on the IR.

ESPN’s Adam Schefter reports Melvin Gordon (knee) could return for Week 14 against the Bengals. Gordon is viewed as “truly week to week.” Getting cleared for next Sunday may be a stretch, but the Chargers expect him to return no later than Week 15. 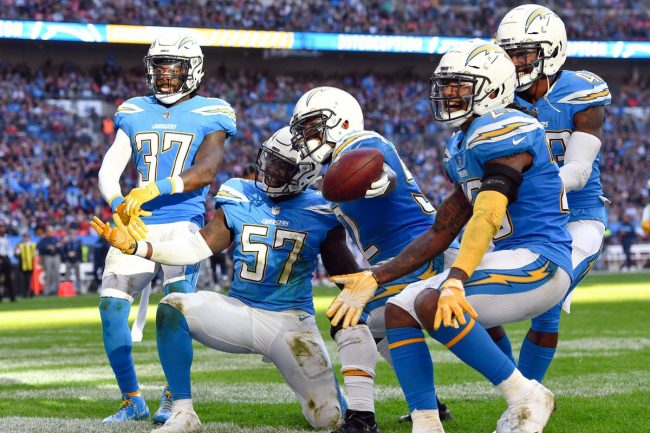 We don’t expect this one to be close, take the Chargers at home this week 35-17.

Join us on Telegram to get even more free tips!
« San Francisco 49ers vs. Denver Broncos Preview, Tips, and Odds
New Orleans Saints vs. Tampa Bay Buccaneers Preview, Tips, & Odds »
SportingPedia covers the latest news and predictions in the sports industry. Here you can also find extensive guides for betting on Soccer, NFL, NBA, NHL, Tennis, Horses as well as reviews of the most trusted betting sites.
NFL Betting Tips, Predictions and Odds 332