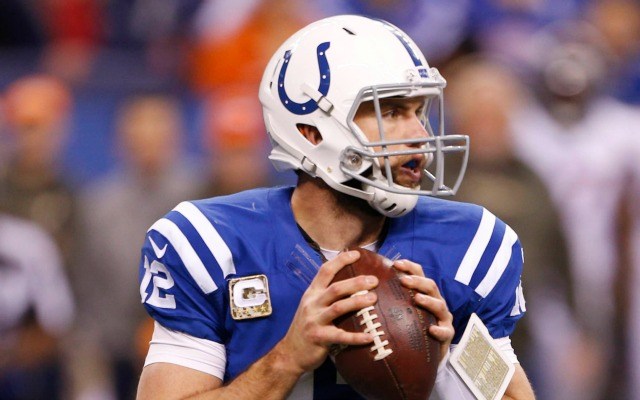 Andrew Luck and the Indianapolis Colts will try to keep their playoff hopes alive by beating the struggling New York Giants during week 16 of the NFL season. The Colts have won seven of their last eight games to improve to 8-6 on the season. Indianapolis sits just outside the playoff picture in the AFC, but a pair of wins in weeks 16 and 17 could get them in the playoff field. The Colts are coming off of a dominating 23-0 win over the Dallas Cowboys in week 15. New York brings a 5-9 record into this game, and have no hope of making the 2018 NFL Playoffs. The Giants were a no-show in their 17-0 embarrassing loss to the Tennessee Titans in week 15.

The Indianapolis Colts are 9.5 point favorites over the New York Giants in this game. 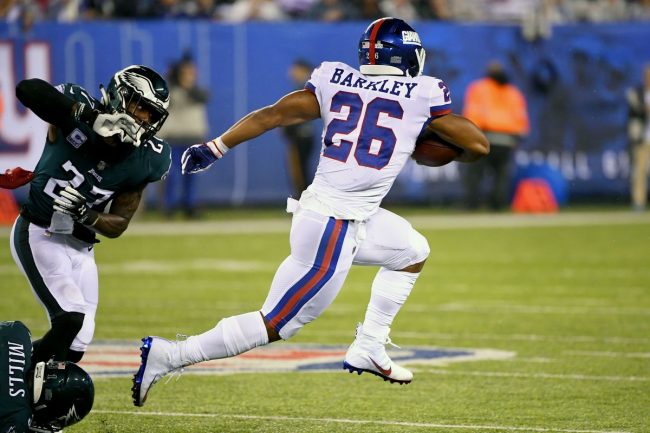 Colts vs. Giants Head to Head

This is just the 16th all-time meeting between the Indianapolis Colts and New York Giants. The Colts have won three straight games over the Giants, winning by a score of 40-24 in their last previous meeting in 2014.

Quarterback Andrew Luck has thrown for 3,759 yards and 34 touchdowns this season. He has completed close to 68 percent of his passes this season but has thrown 13 interceptions. The Colts are averaging just 102 rushing yards per game, and have scored just eight rushing touchdowns all season. Rookie linebacker Darius Leonard looks like a future star in the league, racking up 135 total tackles this season.

Giants rookie running back Saquon Barkley gained just 31 yards on 14 carries in the week 15 loss but is the best playmaker for New York. Barkley has run for 1,124 yards and nine touchdowns this season and is one of the top running backs in the NFL. Veteran quarterback Eli Manning has thrown for 3,460 yards this season but has been sacked a whopping 43 times.

The status of wide receiver Odell Beckham Jr. could be critical to the Giants chances in this game. Beckham has missed the previous two games with a quad injury but could return to the lineup for this game. Sources have indicated that Eli Manning is expected back with the Giants for the 2019 NFL season. 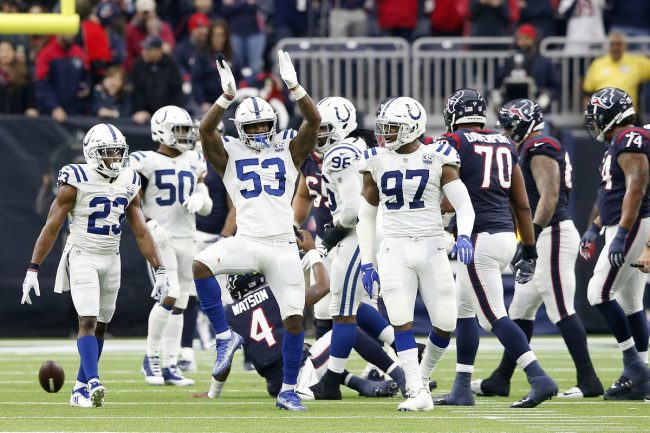 The Indianapolis Colts desperately need a victory in week 16 to keep their playoff hopes alive, and they have been tough to beat at home this season. New York showed some signs of life for a few weeks, but they hit rock bottom in week 15. Look for Luck and the Colts offense to pick apart a struggling Giants defense for their ninth win of the season. Bet the Indianapolis Colts -9.5 over the New York Giants.

Join us on Telegram to get even more free tips!
« Eagles vs. Rams Preview, Tips, and Odds
Los Angeles Chargers vs. Baltimore Ravens Preview, Tips, and Odds »
SportingPedia covers the latest news and predictions in the sports industry. Here you can also find extensive guides for betting on Soccer, NFL, NBA, NHL, Tennis, Horses as well as reviews of the most trusted betting sites.
NFL Betting Tips, Predictions and Odds 332