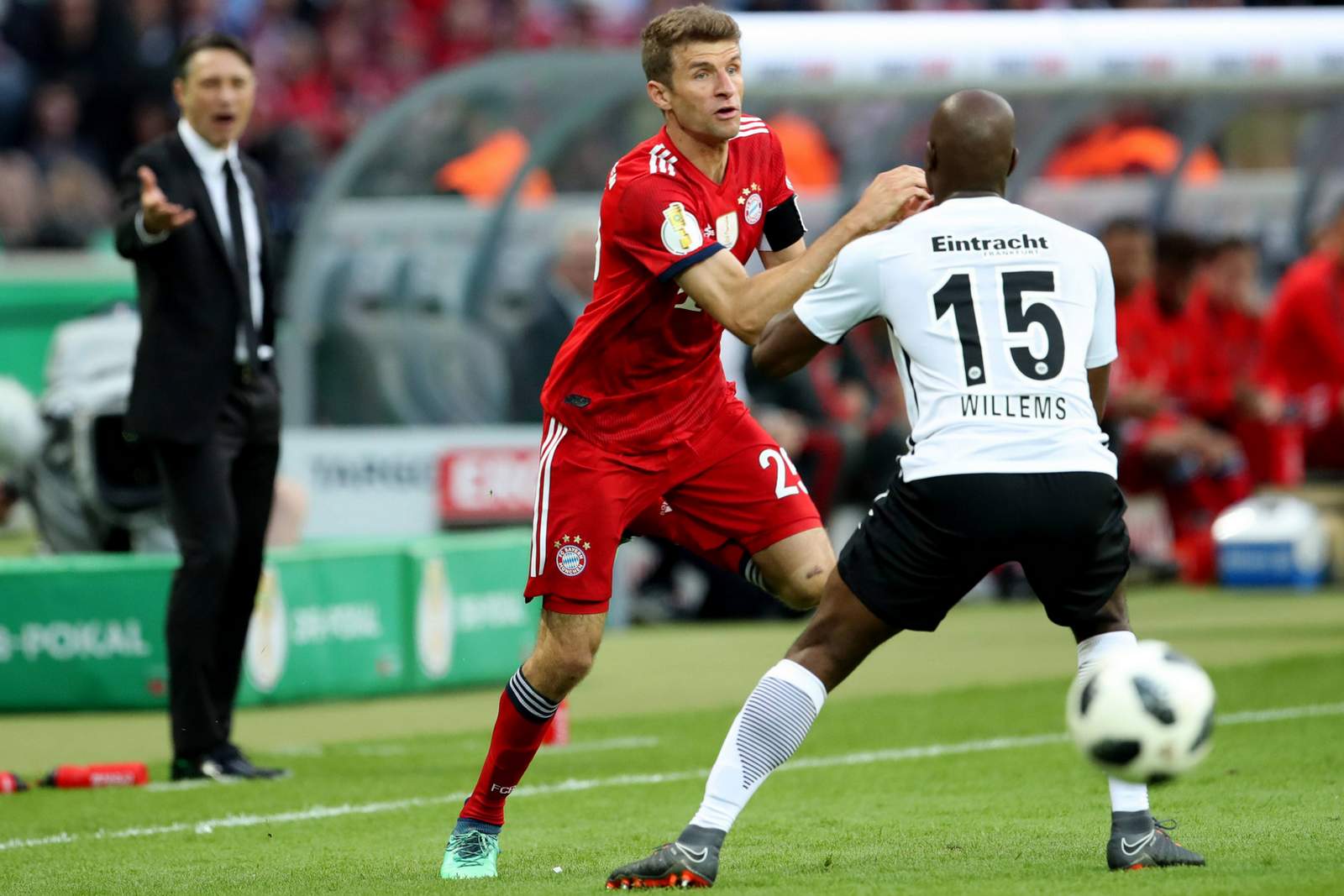 In the last round of Bundesliga action before the winter break, cup holders Eintracht will face champions Bayern Munich at the Eintracht-Stadion on Saturday. Now coaching Bayern, Niko Kovac has a history with the host, after guiding them to lifting the Cup last season.

The two teams met in the season opener and it was a game to forget for the Saturday hosts. They were trashed 5-0 and now they will be looking for a revenge. Bayern have won 15 of the last 20 H2H meetings, while drawing 3 and losing just twice. Out of their last 10 visits to Eintracht, the Bavarians
won 6, drew 3 times and lost only once. The home fans do not have many reasons for joy in the last 5 games played here. Eintracht have scored in only one of the games – the 2-2 draw, while 3 times Bayern were victorious without conceding and one game finished in a boring 0-0 draw. 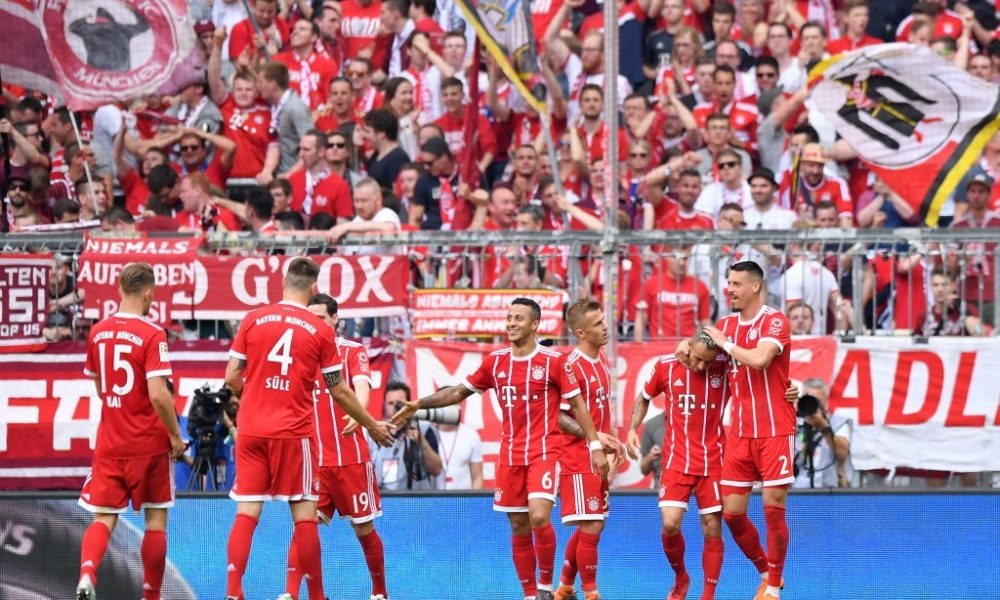 After impressing last season especially in their cup campaign, Eintracht have kept the level and are showing good performances so far. After going on an incredible 12 game unbeaten earlier this season (they scored 49 goals, averaging just over 4) Eintracht were brought back down to Earth and recorded two slender back-to-back losses. Currently they are unbeaten in 3 games, with the most recent result being a 2-2 draw away to Mainz. Striker Luca Jovic has been a revelation this season and is leading the scoring charts with 12 strikes. This season he became the youngest player to have scored 5 times in a single Bundesliga game. Teammate Sebastien Haller has also been impressive and has already 9 goals and 8 assists.

Bayern were struggling for consistency for a long part of the season, but it seems that they have finally found it.Currently sitting 3rd in the table, 6 points adrift from the top spot. Right now, they are probably on their best form since the beginning of the season and the results in their last 6 games show 5 wins and a draw. The Bavarians have kept a clean sheet in each of their last 3 Bundesliga games. Robert Lewandowski is the most prolific player in this Bayern side and he has scored 10 times so far.

Allen, Chandler and Torro are unavailable for selection. Abraham, Hasebe, Geraldes and Paciencia
are under question for the home side.

Robben, Rodriguez and Tolisso will miss the game for Niko Kovac’s side. 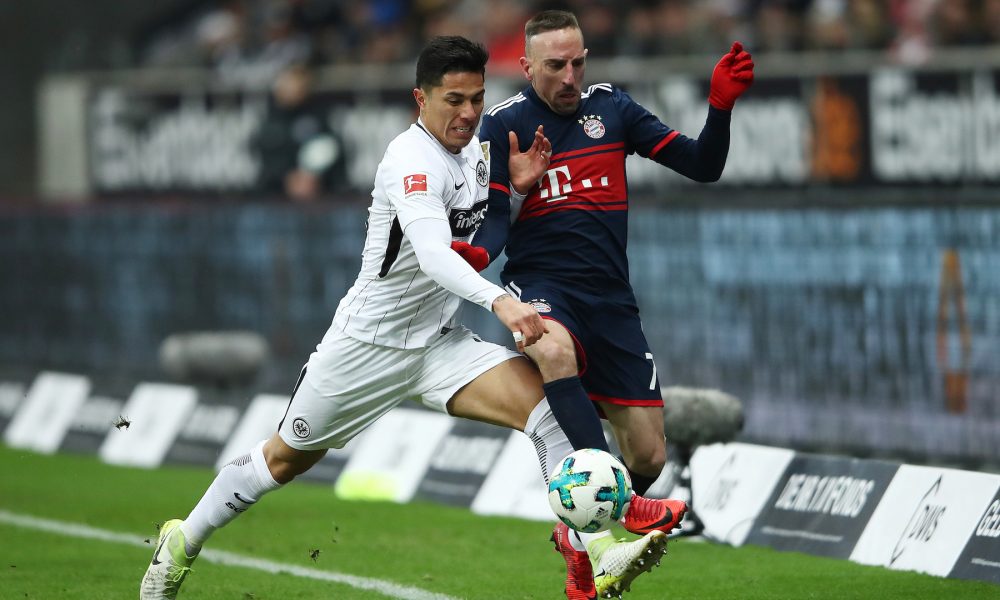 Join us on Telegram to get even more free tips!
« Barcelona vs Celta Preview, Tips and Odds
Everton vs Tottenham Preview, Tips and Odds »
SportingPedia covers the latest news and predictions in the sports industry. Here you can also find extensive guides for betting on Soccer, NFL, NBA, NHL, Tennis, Horses as well as reviews of the most trusted betting sites.
Soccer Betting Tips, Predictions and Odds 15756