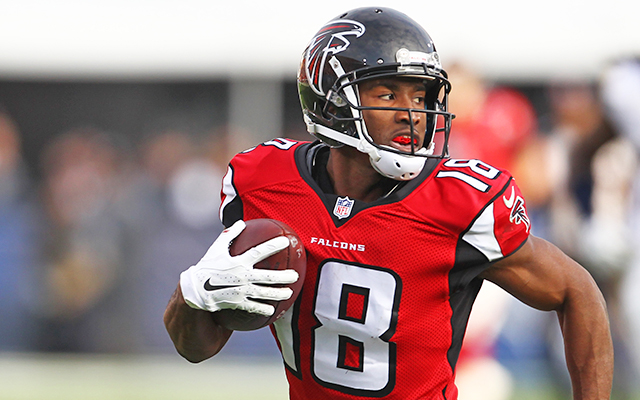 The Atlanta Falcons will travel to Bank of America Stadium to take on the Carolina Panthers in the second meeting of these two NFC South rivals. The Falcons have already been eliminated from playoff contention sitting at 5-9, but could spoil the 6-8 Panthers playoff hopes. For the Panthers to sneak into the playoffs, they would need to win out and get a lot of help from other teams around the league. They’ll have to do it without their star QB Cam Newton, who has been shut down for the season with a shoulder injury.

The Falcons are favored on the road this week -3, as they look to build off of their 40-14 victory over the Arizona Cardinals. The Panthers are 5-2 when playing at home this season and the Falcons are just 1-5 on the road. 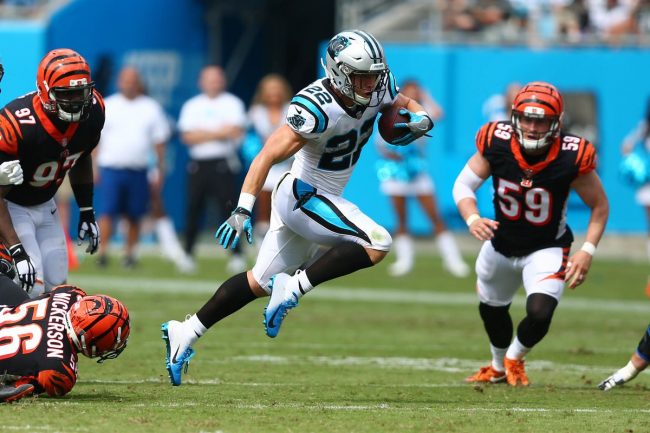 Falcons vs. Panthers Head to Head

It’s been a downward spiral of a season for the Carolina Panthers who started off the year 6-2. The Panthers have since dropped six in a row and tumbled out of the playoff picture. Cam was completing a career best 67.9% of his passes, as well as having his name in MVP consideration earlier on in the season. Cam has since reinjured his shoulder and hasn’t looked right since, as he’s been held touchdown-less in back-to-back games. Taylor Heinicke will take over as quarterback for the Panthers in their final two games of the season. Heinicke has bounced around the league as a backup after going undrafted out of Old Dominion in 2015. The injury to Cam is an obvious downgrade to the rest of the Panthers offense. Look for them to continue to lean heavily on Christian McCaffrey who has had an unreal second half of the season.

Two of the league’s offensive superstar’s faceoff this week as Julio Jones will try and lead his Falcons over Christian McCaffrey and the Panthers. Julio will be making another trip to the Pro Bowl, after posting 100 receptions, 1,511 yards and 6 TD’s with two games left on the season. Julio is coming off a game against the Cardinals where he posted 6 catches, 82 yards and a touchdown against one of the league’s best cornerback’s Patrick Peterson. Whether it’s James Bradberry or Donte Jackson covering Julio, they’ll both have their hands full. McCaffrey has been everything for this Panthers offense, leading the team in receiving with 94 receptions, 768 yards and 6 TD catches. On the ground, CMC leads the way with 194 carries for 979 yards and 5 TD’s. For an injury riddled team like the Falcons who historically struggle against do-it-all backs like CMC, they’ll have a tough time slowing him down like the rest of the league has.

McCaffrey missed practice on Thursday, but the team is just saying it’s for rest purposes. Already the franchise record holder for most yards from scrimmage in a single season, CMC should mash against the Falcons on Sunday after getting snubbed from a Pro Bowl selection. 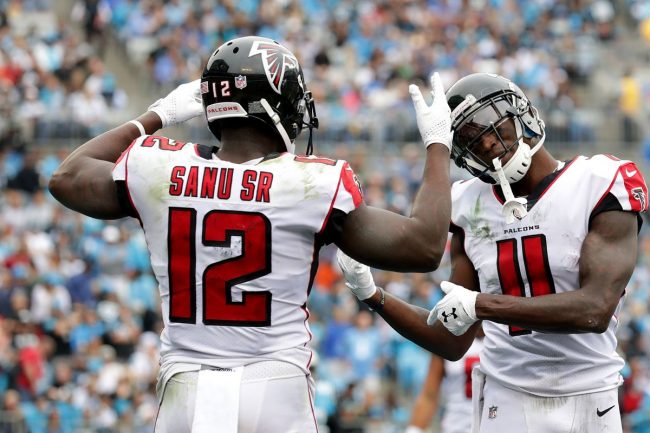 Given the uncertainty of the Panthers QB situation with Heinicke now behind center, we’re picking the Falcons this week 28-18.

Join us on Telegram to get even more free tips!
« Redskins vs. Titans Preview, Tips, and Odds
New Orleans Saints vs. Pittsburgh Steelers Preview, Tips, and Odds »
SportingPedia covers the latest news and predictions in the sports industry. Here you can also find extensive guides for betting on Soccer, NFL, NBA, NHL, Tennis, Horses as well as reviews of the most trusted betting sites.
NFL Betting Tips, Predictions and Odds 332