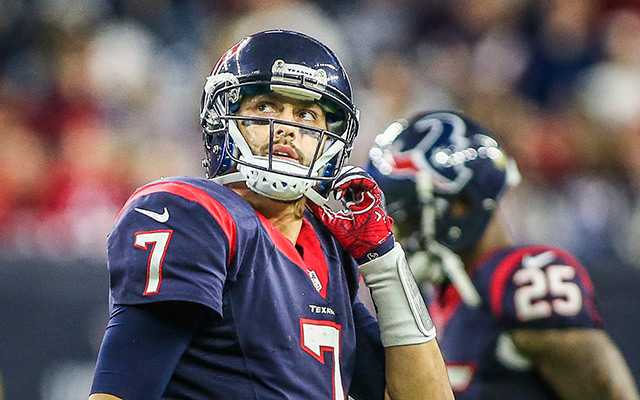 A pair of AFC South rivals will kick off the NFL’s Wild Card weekend with a clash on Saturday afternoon. The Houston Texans (11-5) will host the 10-6 Indianapolis Colts for the rubber match between these division rivals. The Colts enter the playoffs as one of the hottest teams in the NFL, winning nine of their final ten games. Houston posted a nine-game winning streak earlier this season, but have won just two of their final four games. The Texans hope that their defense can carry them to a playoff victory, while Andrew Luck and the Colts offense looks to light up the scoreboard.

The Houston Texans are -2.5 in this game against the Indianapolis Colts. The over/under for total points is set at 47.5

The Texans and Colts split their two games against each other this season. The Texans beat the Colts by a score of 37 to 34 early in the season, and the Colts were able to get some revenge against the Texans by beating them by a score of 24-21 in Houston.

Houston allowed just 19.8 points per game during the regular season, and their defense racked up 43 sacks this season. J.J. Watt has a team-high 16 sacks. Quarterback Deshaun Watson threw for over 4,000 yards this season while completing nearly 69 percent of his passes. Wide receiver DeAndre Hopkins caught 115 passes for 1,572 yards this season. Houston finished the regular season as the 11th highest scoring team in the league, averaging 25.1 points per game.

Indianapolis comes into this game averaging 27 points per contest, and they get the job done through the air. Quarterback Andrew Luck had a monster bounce-back season, throwing for over 4,500 yards and 39 touchdowns. T.Y. Hilton averaged more than 16 yards per catch this season and racked up 1,270 receiving yards in just 14 games. Rookie linebacker Darius Leonard leads the entire NFL with 163 tackles during the regular season.

Texans star defensive lineman J.J. Watt suffered an arm injury in the week 17 victory. X-Rays came back negative, but the team is expected to monitor Watt this week leading up to the game. Houston will also be without wide receiver Demaryius Thomas after placing him on injured reserve before the end of the regular season.

The Colts are in the playoffs for the first time since the 2014 season. Indianapolis was without starting safety Clayton Geathers and starting center Ryan Kelly in the week 17 victory. Both players are listed as questionable for this game.

The Texans have the advantage of playing at home in this game, but the Colts have already proven that they can win in Houston. The Colts are the hottest team in the NFL entering the playoffs, and their offense is clicking on all cylinders. Houston has had a terrific season, but their offense won’t be able to keep pace with the Colts. Look for Indianapolis to pull off the first-round upset in this game. Bet the Colts +2.5 over the Texans.

Join us on Telegram to get even more free tips!
« Cardinals vs. Seahawks Preview, Tips, and Odds
Seahawks vs. Cowboys Preview, Tips, and Odds »
SportingPedia covers the latest news and predictions in the sports industry. Here you can also find extensive guides for betting on Soccer, NFL, NBA, NHL, Tennis, Horses as well as reviews of the most trusted betting sites.
NFL Betting Tips, Predictions and Odds 332