Thanks to Cody Parkey’s missed field goal, the Dallas Cowboys will be taking on the Los Angeles Rams rather than the Saints had the Bears beat the Eagles. Perhaps a better matchup for Dallas as weird as that may sound. Yes, the Cowboys beat the Saints earlier this season but the odds of beating Drew Brees twice in a season are very unlikely. Not to mention the Saints hold home-field advantage and the Rams aren’t as good against the run as the Saints are. Nonetheless, we’re in for an entertaining weekend of football as kickoff is set for 7:15 p.m. Saturday Night from LA Memorial Coliseum. 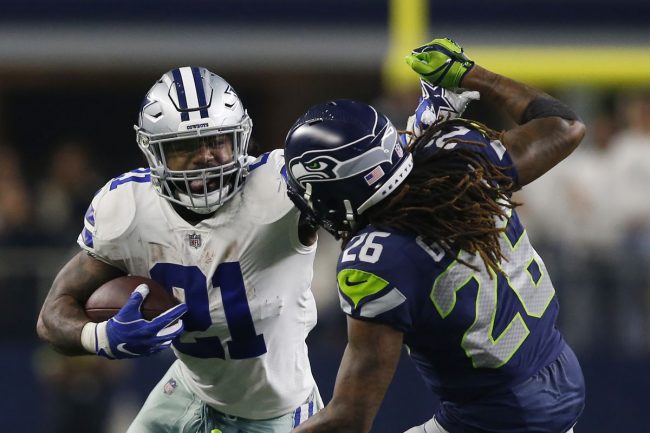 Cowboys vs. Rams Head to Head

The Cowboys enter this game hot off their win in the Wildcard round against the Seattle Seahawks. The final score was 24-22, as the Cowboys continue to feed the ball to Ezekiel Elliott. It’s pretty hard to argue not feeding the ball to Zeke, especially since he finished with 26 rushes for 137 yards and a touchdown. Dak Prescott may be required to rely less on Amari Cooper on the outside given the talented trio of cornerbacks the Rams possess. Between Aqib Talib, Marcus Peters, and Nickell Roby-Coleman this is certainly a group of corners that can put pressure on a quarterback like Dak Prescott who doesn’t have that much playoff experience. This past weekend against the Seahawks was just Prescott’s second career playoff appearance. Don’t be surprised to see Zeke get the bulk of the workload once more, as the Cowboys should continue to lean on him and their defense throughout the rest of these playoffs.

The Rams offense is tremendous. Jared Goff, Todd Gurley, Robert Woods, and Brandin Cooks all pose as dominate threats. They get the luxury of playing under one of the best young offensive-minded head coaches in the entire league. Sean McVay has this team poised to make a deep run into these playoffs, but it all begins with this Dallas Cowboys team. Dallas ranks well against the run, allowing the 5th fewest rushing yards per game (94.6). Perhaps their Achilles heel is their defense on 3rd down. They rank 27th in that category, as teams are converting 42.3% of the time. Expect Sean McVay and company to take full advantage.

The Cowboys will obviously be without WR Allen Hurns, who suffered a terrible leg injury against the Seahawks. The good news is that Hurns is expected to make a full recovery and be ready to return to football by August. For this weekend’s game expect more of Amari Cooper, Michael Gallop, Cole Beasley, and Noah Brown. 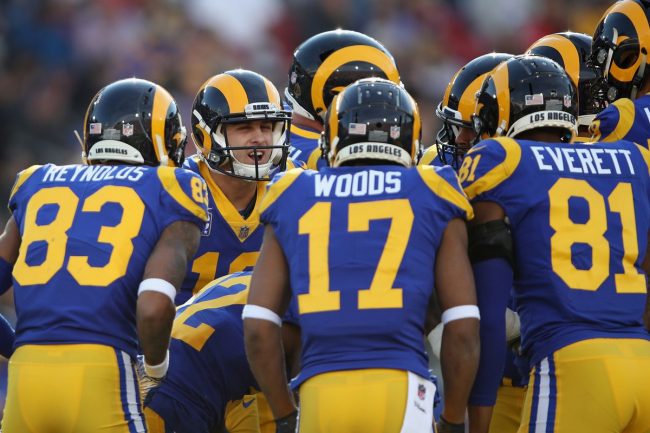 With the bye week, the Rams have had plenty of time to prepare for whomever they faced. They’ve also had time to rest up and heal, and when you have a dominant running back in Todd Gurley and a dominant force like Aaron Donald it’s tough for any team to beat you. With that said, we’re taking the Rams at home in this one but with Zeke and that Dallas defense they could certainly pull off the upset.

Join us on Telegram to get even more free tips!
« New Orleans Saints vs. Philadelphia Eagles Preview, Tips, and Odds
Los Angeles Chargers vs. New England Patriots Preview, Tips, and Odds »
SportingPedia covers the latest news and predictions in the sports industry. Here you can also find extensive guides for betting on Soccer, NFL, NBA, NHL, Tennis, Horses as well as reviews of the most trusted betting sites.
NFL Betting Tips, Predictions and Odds 332