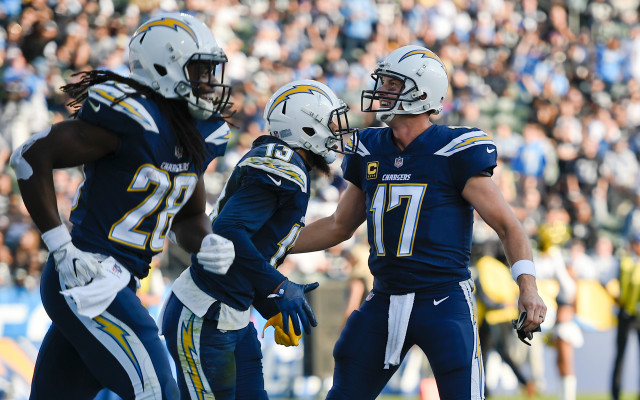 This weekend we have an AFC Divisional Playoff matchup between the LA Chargers and the NE Patriots. This will be the first time these two teams have faced off since October of 2017 when the Patriots defeated the Chargers by a score of 21-13. 37-year-old Philip Rivers is not often the younger of the two quarterbacks playing, but 41-year-old Tom Brady looks to prove that age is just a number.

The Patriots are favored at -4 this weekend, as kickoff is set for 12:05 p.m. on Sunday. New England has yet to lose at home this season sitting at a perfect 8-0. With that being said, the Chargers have actually played much better on the road this season than they have at home with a 7-1 road record. 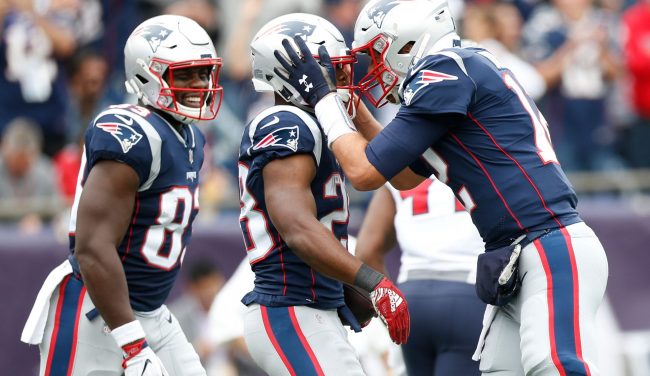 Chargers vs. Patriots Head to Head

Bill Belichick and Tom Brady continue to make history, as they earned a postseason bye for their ninth straight season to extend an NFL record. Brady finished the regular season completing 65.8% of his passes. He also posted 4,355 passing yards and a 29:11 TD to INT ratio.

On the other side, Philip Rivers completed 68.3% of his passes with that unorthodox release of his. The veteran QB threw for 4,308 yards and had a 32:12 TD to INT ratio. The Chargers (12-4) actually posted a better record during the regular season than the Patriots (11-5), despite New England winning the AFC East and Los Angeles finished second behind the Chiefs. Perhaps the Patriots enter this year’s playoffs more vulnerable than in years past. Now you still have the Brady/Belichick combo, but for the first time, no team entered this year’s playoffs as the clear-cut favorites. The Chargers are coming off an impressive 23-17 victory over the Baltimore Ravens in the Wildcard round, while all five of the Patriots losses this season came against teams that did not make the playoffs. Three of the four Chargers losses this season came against teams that ended up making the playoffs.

History seems to be on Tom Brady’s side throughout the AFC playoffs. ESPN revealed an incredible set of stats about the New England quarterback’s record versus the five other starting quarterbacks representing the AFC. According to ESPN, Tom Brady is a combined 16-0 against all of the quarterbacks in the AFC playoffs. Yes, that even includes Philip Rivers who Brady has gone 7-0 against in his long career. Among all the top receiving backs in the league, perhaps people need to start putting more respect on James White’s name. Since 2015, White has recorded the most receiving TD’s by a running back with 19. Tevin Coleman, Christian McCaffrey, and David Johnson are all tied for second with 11 TD’s.

Chargers activated TE Hunter Henry (knee) from the reserved/PUP list. Just seven and a half months removed from tearing his ACL in OTAs, he figures to be a role/package player against New England playing perhaps 10-15 snaps. Nonetheless, a great addition for this Chargers team down the stretch. 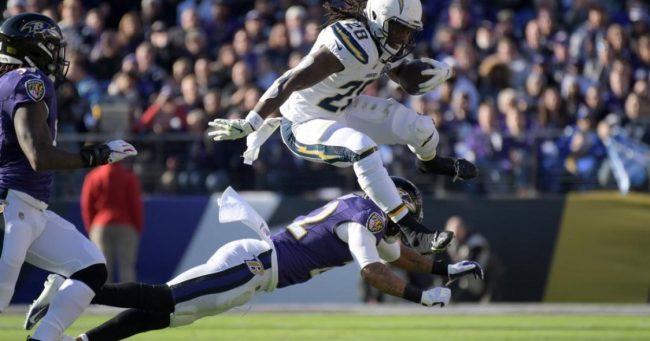 We’re taking the upset this weekend, as we’ll take the Chargers over the Patriots 34-28. The Chargers have the offense and defense to make life hard on the Patriots.

Join us on Telegram to get even more free tips!
« Dallas Cowboys vs. Los Angeles Rams Preview, Tips, and Odds
New England Patriots vs. Kansas City Chiefs Preview, Tips, and Odds »
SportingPedia covers the latest news and predictions in the sports industry. Here you can also find extensive guides for betting on Soccer, NFL, NBA, NHL, Tennis, Horses as well as reviews of the most trusted betting sites.
NFL Betting Tips, Predictions and Odds 332