The Most Emblematic Moments in Premier League history 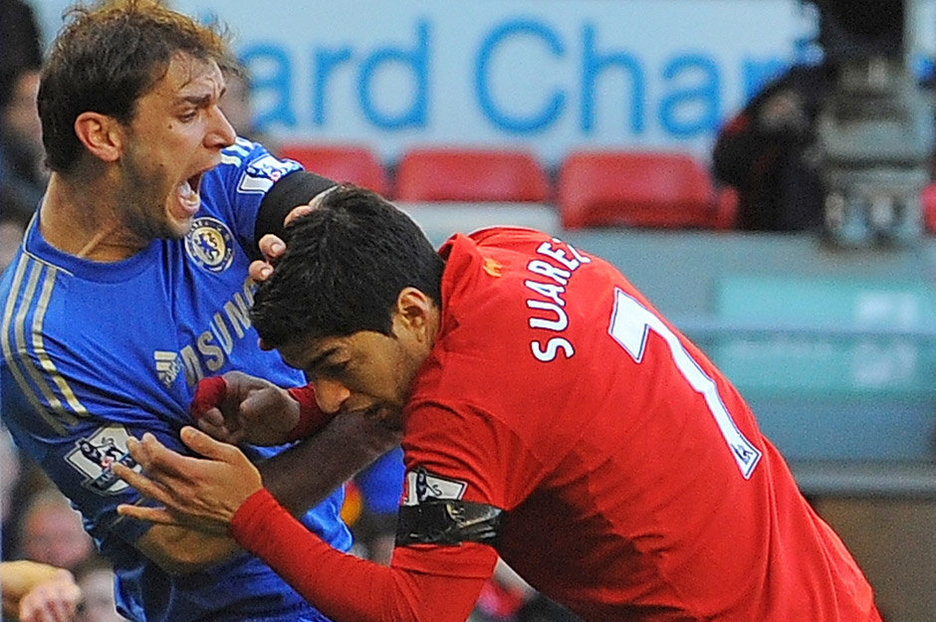 Some of the curious moments of the rich history of the Premier league. You’ll see Charlie Adam taking corner kicks, what Luis Suares does when he is hungry during a game, Wayne Rooney diving for a penalty, to end the longest unbeaten run in history and some more.

Kieron Dyer and Lee Bowyer were certainly not thinking how to help their teammates against Aston Villa back in April 2005. Newcastle were three behind and playing at home when they did this.

Wigan were playing Fulham at home, but it was the referee who grabbed the highlights as he ended up showing a red card, while being on the ground.

Burnley were playing against Stoke and with the result still 0:0, just before the break Charlie Adam was about to take a corner kick.

Luis Suarez bite David Luiz from Chelsea. This was the first bite of his career. Later he decided to try some italian in Giorgio Chielini.

5.The end of the Invincibles

Arsenal went unbeaten the entire previous season, earning them the title “Invincibles” and their run was streched to 48. And still going to Old Trafford was not an easy task. Manchester United were 1-0 up, thanks to a Van Nistelrooy goal, when Rooney fooled the ref to award a penalty. This was the end of the Invincibles.

Join us on Telegram to get even more free tips!
« Legendary Bad Boys in the Premier League
The Most Thrilling Moments in Premier League History »
SportingPedia covers the latest news and predictions in the sports industry. Here you can also find extensive guides for betting on Soccer, NFL, NBA, NHL, Tennis, Horses as well as reviews of the most trusted betting sites.
Soccer Betting Tips, Predictions and Odds 15850