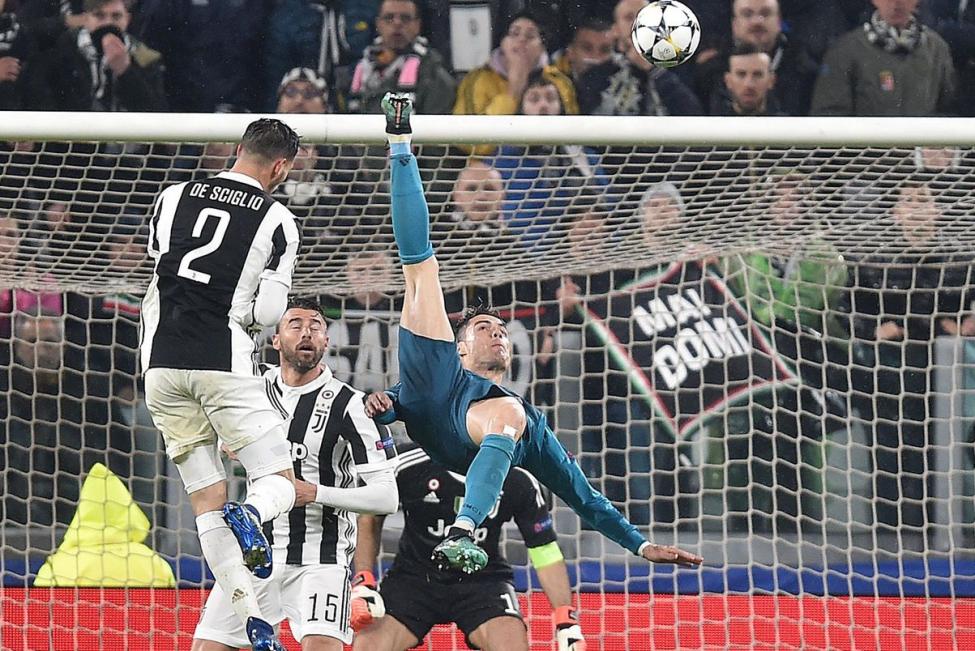 A record 5 time Golden Ball winner and now many refer to Ronaldo as the greatest of all time. He is holding uncountable records at Real Madrid and now, as his time in Madrid is over we can relive his most beautiful goals. If you are a Real Madrid supporter enjoy, the others can only envy!

26.02.2012 – With the result locked at 0:0 against city rivals Rayo Vallecano, Ronaldo decides to try something unorthodox and he succeeds.

20.04.2011 – This is a special goal for CR7. This one brought him his first silverware with Real. The game was in the 103 minute and headed for a penalty shootout, when Cristiano rose highest to convert Angel Di Maria cross. Real won the Cup for the first time in 18 years.

12.04.2012 – His trademark free kick routine left Thibaut Courtois did not move in goal. He could only watch.

31.03.2012– Real were 0:1 up at Osasuna, when Ronaldo decided to try his luck from 35 yards out. The ball flew in just near the post with the goalkeeper left helpless.

01.09.2013 – Another one from outside the box. Ronaldo was on the edge of the penalty area, he received the ball after a short taken corner kick and then he hit the ball so hard, that the trajectory of the ball was unpredictable. Of course it ended in the back of the net.

5. Another one vs Osasuna

26.04.2014 – Isco passed the ball to Ronaldo who was waiting on the left wing. He then cut inside and when just outside the box he blasted a curling shot that went in the top right corner of the goal.

– 31.01.2016 Real were already 3:0 up at home, when just before the break Ronaldo grabbed the headlines once again with a wonder strike. He dribbled past 2 defenders before slotting the ball in the net with a curling shot.

– August 2012 It was the second game of the Spanish Super Cup and Real were already 1:0 ahead, when Ronaldo totally bamboozled Gerrard Pique.

– 03.04.2018 vs Juventus. On the grandest of stages – a quater final of the Champions League. No words needed, just watch and enjoy. Even the Juventus supporters were on their feet and applauding the Portuguese.

Join us on Telegram to get even more free tips!
« The Most Thrilling Moments in Premier League History
Lionel Messi Best Goals with Barcelona »
SportingPedia covers the latest news and predictions in the sports industry. Here you can also find extensive guides for betting on Soccer, NFL, NBA, NHL, Tennis, Horses as well as reviews of the most trusted betting sites.
Soccer Betting Tips, Predictions and Odds 15759