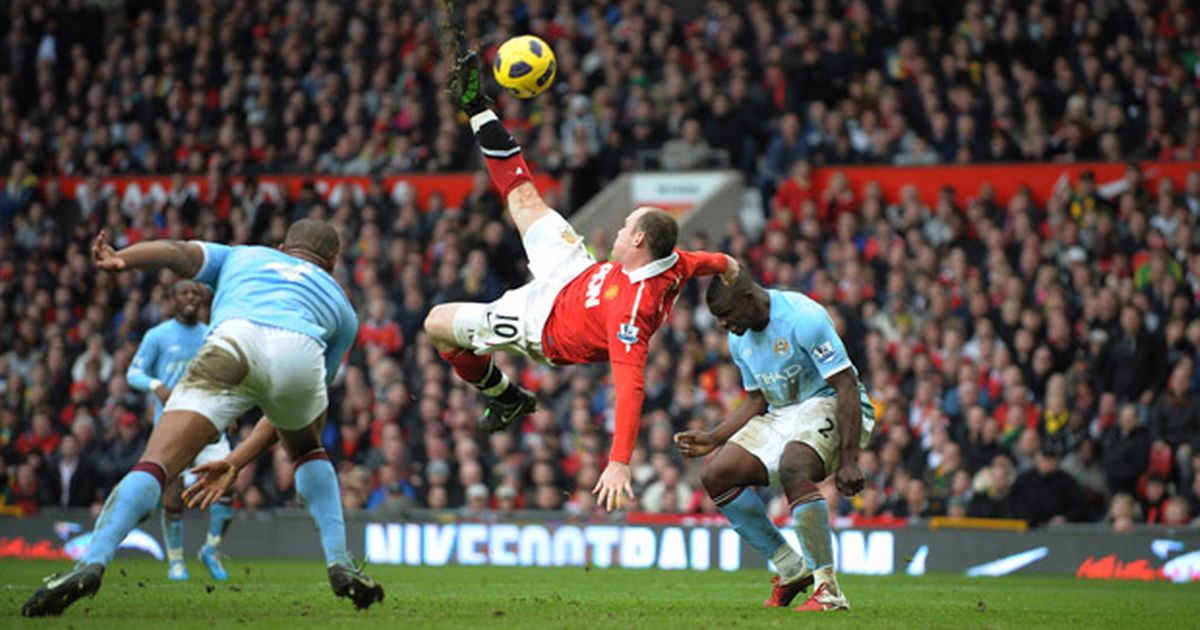 Wayne Rooney was never a typical striker, but he is Manchester United and England leading goalscorer. Besides Michael Carrick, Rooney is the only player in the Red Devils rich history to win all possible trophies at club level. He’s been chosen as “Player of the Year” on four occasions.

29.01.2005 Wayne Rooney showing United fans what he is capable of during his first season with the Red Devils.

21.12.2011 – Just like the previous goal, but a bit furher away from the goal. This time the ball did not flew into the top corner, but blazed the inside of the left post.

22.09.13 – United were already 4:0 down to their city rivals, but Wayne did not give up. He won a free kick and then cooly converted it past helpless Joe Hart.

26.12.2013 – On Boxing day they say the Christmas gifts are opened. Well, Rooney delivered a present for all United fans with this remarkable strike.

22.03.2014 – Rooney from the half way line! A copy of Beckham’s goal a few years earlier, well David certainly enjoyed it as he was watching the game at Old Trafford.

21.01.2017 – Amazing free kick from a tight angle, he perfectly curls the ball above the keeper and in the top far corner of the net. That was the 250th goal of his illustrious career.

24.04.2005 – Defender clears a cross, but the ball fell on Rooney’s right leg. He did not hesitate and blasted it into the back of the net with his first touch.

Join us on Telegram to get even more free tips!
« Arsenal vs Chelsea Preview, Tips and Odds
Liverpool vs Crystal Palace Preview, Tips and Odds »
SportingPedia covers the latest news and predictions in the sports industry. Here you can also find extensive guides for betting on Soccer, NFL, NBA, NHL, Tennis, Horses as well as reviews of the most trusted betting sites.
Soccer Betting Tips, Predictions and Odds 15838