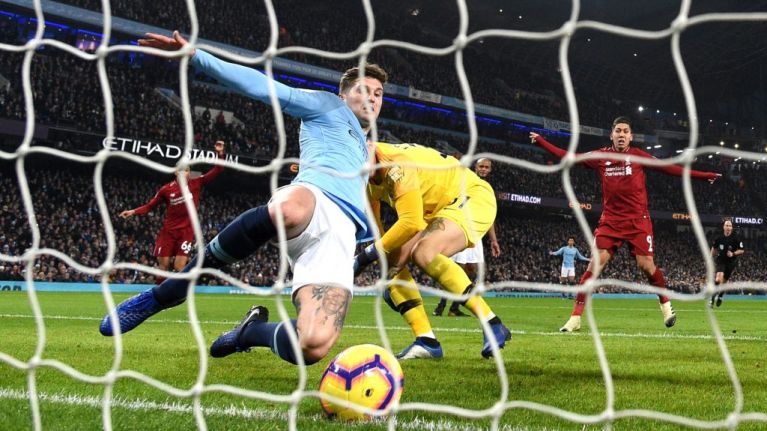 Just when the strikers are about to punch the air in celebration of another goal, someone is sprinting out from nowhere to spoil the party. Below are some of the best goal line clearances in the Premier League.

With a bicycle kick from the goal line. Sagna almost kicked the bar.

In this game Bellerin first denied Gomis with a great last ditch tackle, before later sacrificing himself for the team’s good.

Berbatov was just about to score a beautiful goal against Manchester United, before Ferdinand interaction just inches before the goal line.

Skrtel prevented the equalizer, but he later needed the physio’s help. A self sacrifice for the teams good.

The 11 millimeters that robbed Liverpool off a goal. John Stones was about to score an own goal, before clearing the ball at the latest of moments. He has all the technologies to thank for, as if not the goal line technology, many refs would have awarded it as a goal.

Join us on Telegram to get even more free tips!
« The Best Goalkeepers in Premier League History
Sevilla vs Barcelona Preview, Tips and Odds »
SportingPedia covers the latest news and predictions in the sports industry. Here you can also find extensive guides for betting on Soccer, NFL, NBA, NHL, Tennis, Horses as well as reviews of the most trusted betting sites.
Soccer Betting Tips, Predictions and Odds 15850