The Most Amazing Backheel Goals in Football History 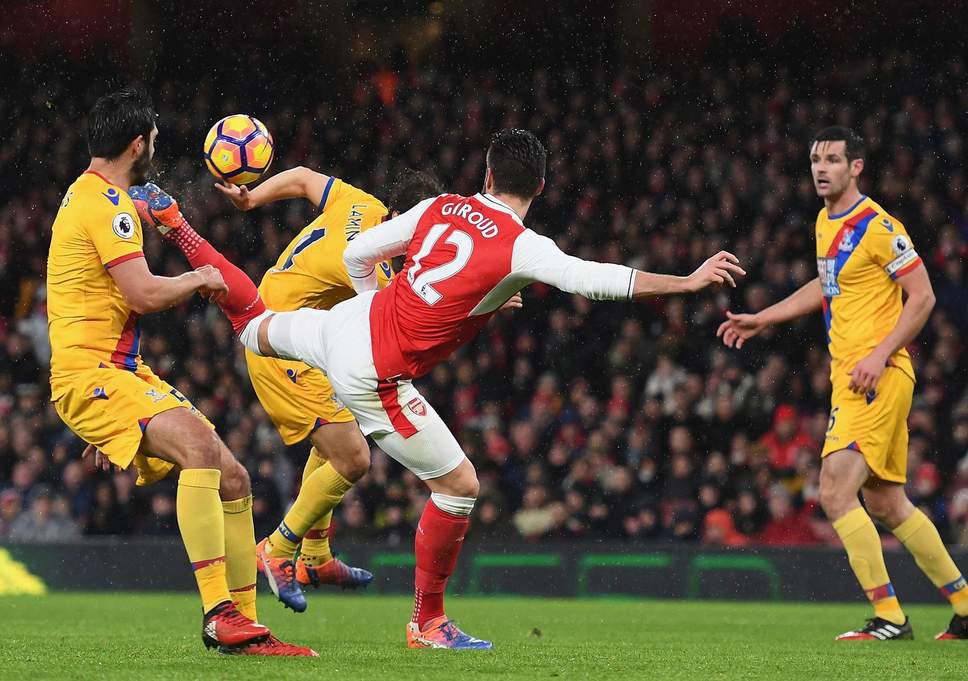 In the videos below you will see some truly remarkable back heelgoals. There is a goal from the European Championship, a goal against one of the European giants, a master in karate scoring and two former Arsenal strikers. No one expected what was about to follow, but the outcome is simply brilliant for the viewers.

Zlatan Ibrahimovic is proud owner of black belt in karate. His flexibility comes as no surprise, as he did his move from a standing position and put under pressure from two defenders.

Thierry Henry has his own statue outside of Emirates Stadium. Such goals are the reason why he will always stay in the memory of those supporting Arsenal. This one he scored with a backheel and from a tight angle.

Olivier Giroud has never been famous for his incredible technique. but in a London derby against Crystal Palace he produced a piece of pure magic. As Alexis crossed the ball, Giroud was running between two defenders and the ball was flying to his back. Probably even Giroud himself was left wondering how the ball ended in the back of the net.

The Brazilian went past 2 defenders and the goalkeeper before cooly slotting the ball in the net. It would not have been so impressive if it was against some lowly side, but this goal was scored against Bundesliga heavyweights Bayern Munich.

On the biggest of stages in Euro 16 Ronaldo found the net with a great back heel goal. The execution was perfect, as the ball was flying fast, but Cristiano managed to change the trajectory with a deft touch into the corner.

Join us on Telegram to get even more free tips!
« Borussia Dortmund vs Hannover Preview, Tips and Odds
Lazio vs Juventus Preview, Tips and Odds »
SportingPedia covers the latest news and predictions in the sports industry. Here you can also find extensive guides for betting on Soccer, NFL, NBA, NHL, Tennis, Horses as well as reviews of the most trusted betting sites.
Soccer Betting Tips, Predictions and Odds 15756