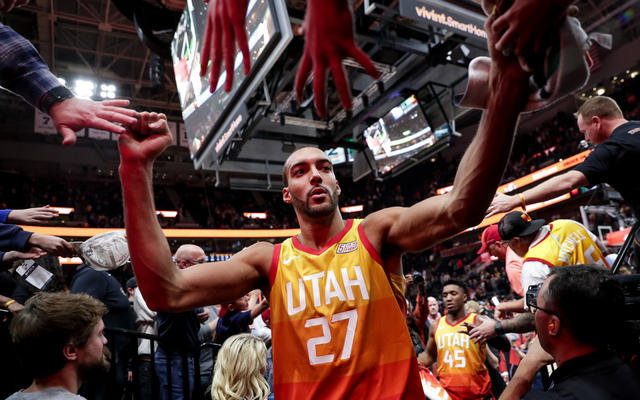 If you haven’t been paying close attention to the 2018-19 NBA season, you will be surprised when you look at the Western Conference standings. The Denver Nuggets trail the Golden State Warriors by just one game in the standings, and they are one of the best stories in the league. Denver will host the inconsistent Utah Jazz on Wednesday night in a battle of Northwest division teams. The Nuggets enter this game with a record of 31-14 and have a 3.5 game lead over the Thunder and Trail Blazers. Utah sits in fourth place in the division with a 26-22 record. Denver and Utah are two of the top defensive teams in the NBA, and the first team to 100 points might be the winner in this one.

The Utah Jazz are -3.0 over the Nuggets on Wednesday night. The over/under for total points scored is set at 217.5.

Jazz vs. Nuggets Head to Head

The Denver Nuggets have won three straight games over the Utah Jazz dating back to last season. Denver beat Utah by a score of 103-88 earlier this season at home, and the Jazz will try to even the score in Utah.

Jazz point guard Ricky Rubio returned on Monday night from a hamstring injury but was largely ineffective. Utah is also without Dante Exum and Thabo Sefolosha, but both players are expected to return to the court in the near future.

Nuggets center Nikola Jokic passed Kareem Abdul-Jabbar for the most career triple-doubles by a center in a game against the Cleveland Cavaliers. Jokic now has 22 career triple-doubles and has six this season. Isaiah Thomas remains out with a hip injury, but reports have indicated that he could return to the court in February.

I just don’t see why the Jazz are the favorites in this game. Utah has traditionally been a tough place to play on the road, but the Jazz are just 13-9 at home this season. The Jazz are dealing with some injuries at this point, and the Nuggets are simply the better team. This game should be close, but Denver wins on the road. Bet the Denver Nuggets +3.0 over the Utah Jazz.

Join us on Telegram to get even more free tips!
« Minnesota Timberwolves at Phoenix Suns Preview, Tips & Odds
Golden State Warriors at Washington Wizards Preview, Tips and Odds »
SportingPedia covers the latest news and predictions in the sports industry. Here you can also find extensive guides for betting on Soccer, NFL, NBA, NHL, Tennis, Horses as well as reviews of the most trusted betting sites.
NBA Betting Tips, Predictions and Odds 1371