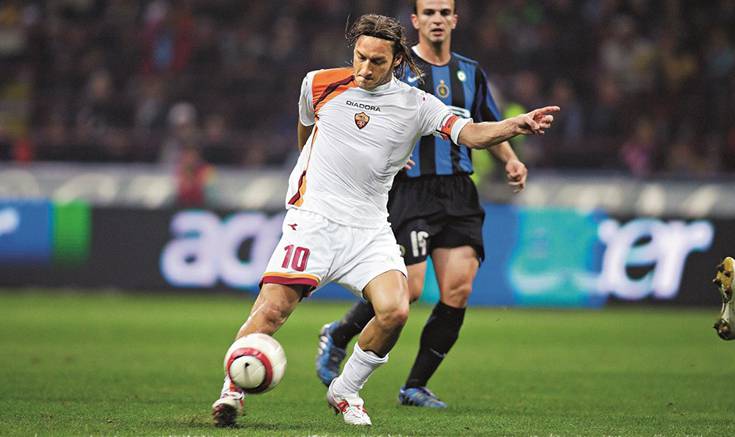 In the list below you will see master technicians of the ball. The lob is probably the toughest trick to execute, as the ball has to rise over the goalkeeper, but has to go in under the bar. You can rest assured that not even one of the goalkeepers were prepared for what was about to happen.

Incredible piece of play from the Bulgarian with the silky touch. First he controls a cross with a one touch. Then like in a training routine from almost impossible angle he found the top right corner.

Still young Lionel Messi in one of his first games for Argentina. He was passed the ball on the right of the penalty box, a sweet control with the first touch and then the ball was sent on an amazing trajectory over the keeper with the second.

The big Swede received the ball in Reggina’s half, went dribbling past 3 defenders and when the keeper was preparing to deal with one of Zlatan thuderbolts, Ibrahimovic chose the unorthodox chip.

Incredible execution from the Chelsea legend. Almost at the out line, and with his back to the goal, he somehow managed to lift to ball so precisely, that Victor Valdes was left wondering if it is possible at all.

The Prince of Rome got the ball just behind the central line. He dribbled past 3 defenders, before coolly sending the ball over Inter goalie.

King Eric got the ball around the central line, went past 2 opposing players on his way to the penalty box. A sweet one-two with McLair and he was free at the edge of the box. He lobbed the ball with the outside of his foot over the keeper and into the top left corner of the net.

The Arsenal legend received the ball at the edge of the box. Kept it with a fine dribble, before unleashing an unstoppable lob over the keeper and under the bar.

The wing wizard needed just 2 touches before he started to celebrate the goal. After receiving a 40 metres pass on the wing, he flicks the ball over the defender with his first touch and then with the second he sends it over the keeper and in the back of the net.

A first time shot with the outside of his foot. Raul scored numerous lobbed goals during his career, but this will go down as the best.

When Paul Scholes submitted the foul around the central line, he thought it is safe for David Seaman from out there. Ronaldinho did not agree and when he saw the goalkeeper a few meters out of his goal he went for the unthinkable.

Join us on Telegram to get even more free tips!
« Atalanta vs Roma Preview, Tips and Odds
Wolfsburg vs Bayer Leverkusen Preview, Tips and Odds »
SportingPedia covers the latest news and predictions in the sports industry. Here you can also find extensive guides for betting on Soccer, NFL, NBA, NHL, Tennis, Horses as well as reviews of the most trusted betting sites.
Soccer Betting Tips, Predictions and Odds 15864