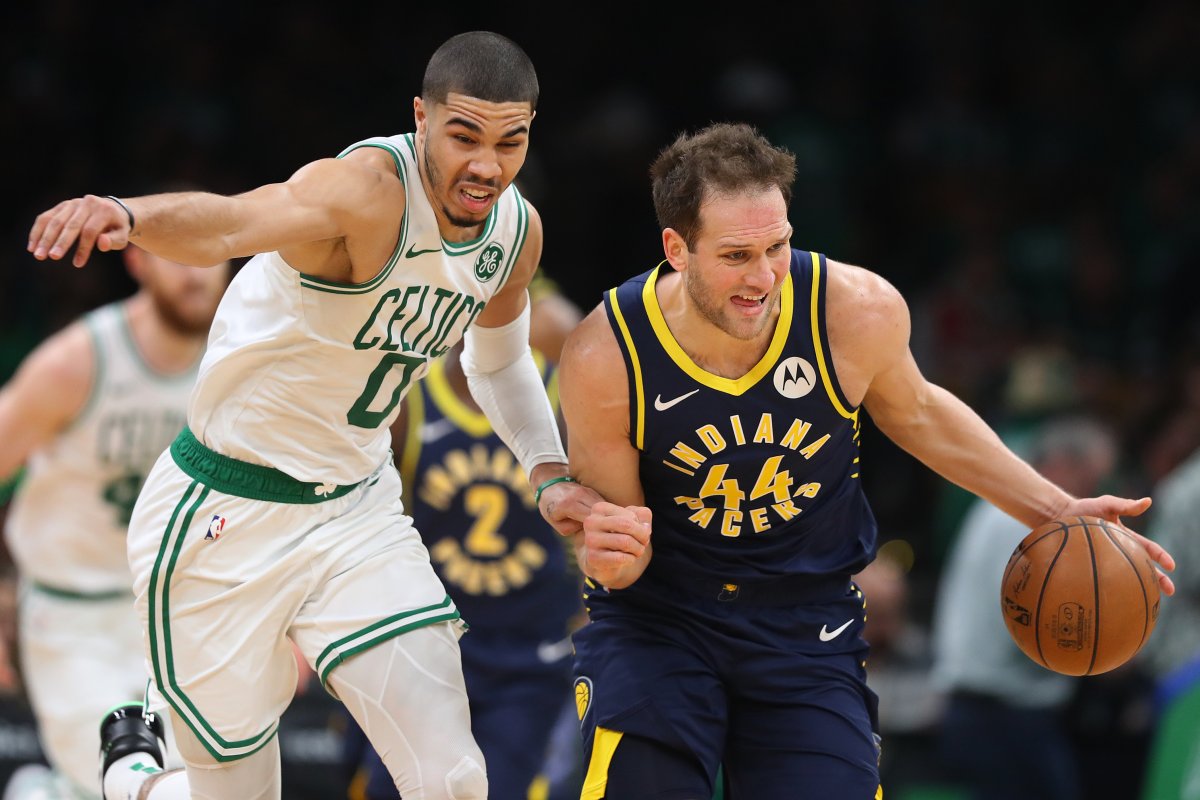 This series has not been anything like we expected. It has featured sloppy offense for both sides and a whole lot of players that we expected to step up struggling. Boston, through all of this, has done their part to get ahead 2-0 in the series.

After they got to within a single win of the NBA Finals last year, even without Kyrie Irving and Gordon Hayward for the entire run, all of the pressure is on them to try and make it just as far, despite being the No. 4 seed in the East. A win tonight could just about secure them this series.

Indiana, on the other hand, has shot the ball as well as a three-year-old shooting foul shots on an NBA basket. They scored just 29 points in the entire second half of Game 1, and then, in the fourth quarter of Game 2, they were outscored 31-12. They made four threes in the frame, which is how they got all of their offense. Nothing would go down, and it was clear nothing worked. They did not make a two-point basket OR a free throw.

Celtics: Nobody was really able to “step up” in Game 1, but both Kyrie and Marcus Morris Sr. poured in 20 points, doing most of that work in the second half. It was one of the lowest scoring playoff games we’ll see for the rest of our lives.

In Game 2, it was the combo of Kyrie and Tatum that powered the team to the win. Kyrie went loco in the fourth quarter and finished with 37 points. Jayson Tatum hit the go-ahead three with 51 seconds left and found Hayward for an open lay-up with the clock ticking down 40 seconds later.

Pacers: Looking at the numbers from Game 1, there is one underlying stat that determines the loss. Cory Joseph led the team in scoring! Unless you are Cleveland or the Clippers (or the Nets), the backup PG cannot be your leading scorer!

Domantas Sabonis had seven points and nine boards. He scored ONE POINT last game with five rebounds, as Boston has been able to completely neutralize him. Bojan found his shot last game with his 23 points and a number of threes. Even Tyreke Evans got in on the act. But if they can’t make fourth-quarter shots, there is NO hope.

Marcus Smart (oblique) remains out for Boston and is not expected to suit up at all in this series.

Be sure you bet IND -3! They are not going down without a fight, and their late-game offense will be able to get back on track in front of the home fans. Leave it to Nate McMillan to make the necessary adjustments to help lead the team to the victory.

Join us on Telegram to get even more free tips!
« Denver Nuggets at San Antonio Spurs Preview, Tips and Odds
Milwaukee Bucks at Detroit Pistons Preview, Tips And Odds »
SportingPedia covers the latest news and predictions in the sports industry. Here you can also find extensive guides for betting on Soccer, NFL, NBA, NHL, Tennis, Horses as well as reviews of the most trusted betting sites.
NBA Betting Tips, Predictions and Odds 1369