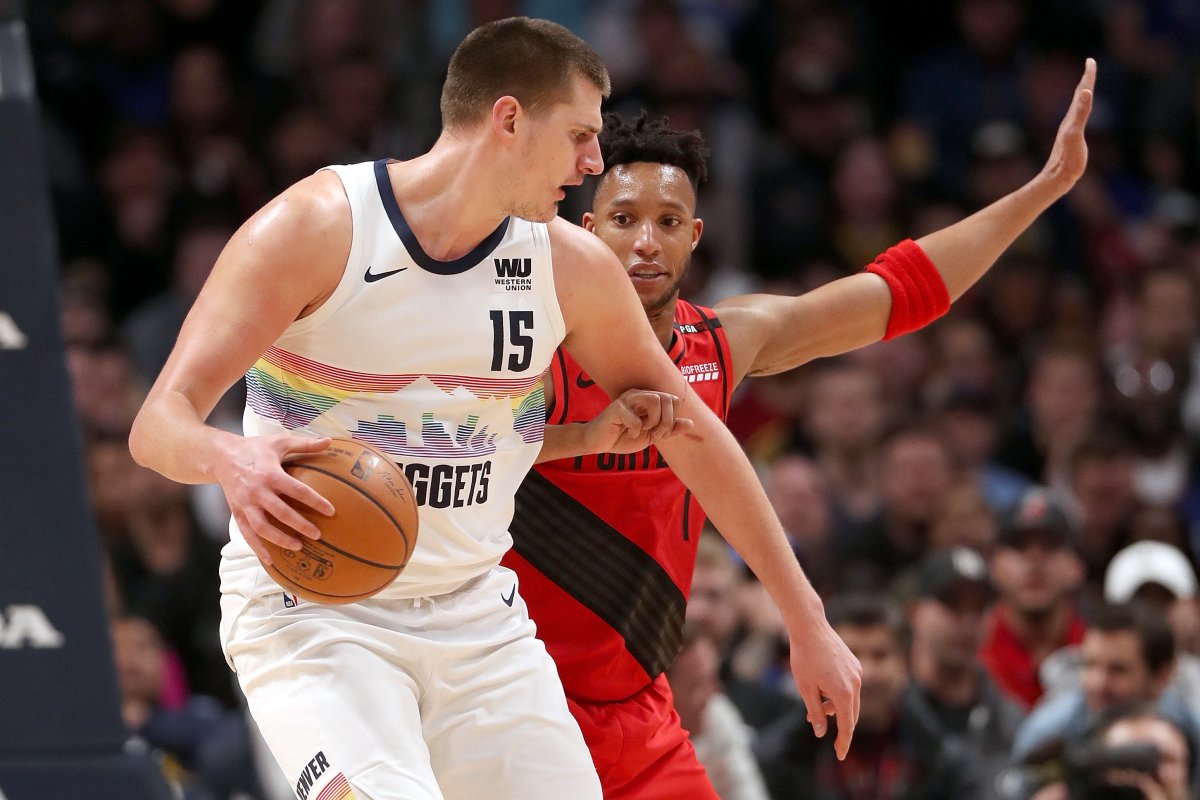 Despite its Game 1 loss, Portland has no reason to be hanging their heads or feeling any pressure right now. They went blow-for-blow with the Nuggets throughout Game 1, and if they had gotten a few more timely stops, we might be looking at a totally different series. They have the shooters and the right defensive players to make this series exciting from start to finish.

Denver, on the other hand, has not made it past round two since 2009. There are exciting things happening here right now. Nikola Jokic has generated as much buzz as any Nuggets player since they had the duo of Allen Iverson and Carmelo Anthony in the late 2000s. This is a team that was a question mark coming into the postseason. But as soon as they got past the Spurs (it took seven), they put their focus on their next opponent.

Blazers: One thing that really hurt Portland was a lack of CJ McCollum. He was knocking down shots early in the opening quarter, but he finished with just 16 points. They need him to ride with Dame for all 48 minutes. Rodney Hood’s 17 off the bench cannot be counted on to happen every game. Enes Kanter had 26 points despite playing with a bum shoulder, showing his true toughness. Dame added 39 in his 43 minutes of action, as he was in control. They HAVE to limit turnovers for Game 2, as they coughed up the rock 18 times last time out. They also have to shoot better than 74% at the charity stripe and need more than 11 threes.

Nuggets: The legend of Nikola Jokic has continued to grow. He logged 41 minutes in the first game of the series, posting an impressive 37-9-6 line. He was scoring at will, from the three-point line to the paint. Jamal Murray added 23 points, while Paul Millsap scored 19. These three guys will keep the team going, no doubt about that. Torrey Craig logged just 19 minutes, as we saw a heavy dose of Malik Beasley, a player still trying to get his playoff legs under him. There are plenty of areas where they can improve upon, despite their Game 1 win. Offensive rebounding. Three-point shooting. Ball control.

Denver won the first three meetings between these teams during the regular season, with Portland claiming a 115-108 victory late in the year. This is the first time since 1986 that they have met in the playoffs. Denver won that series 3-1.

Make sure you bet POR +3.5! They are going to be determined to get it done tonight, and after finally getting out of the first round, they’re looking for more. Dame is about to drop 40 tonight. You heard it here first.

Join us on Telegram to get even more free tips!
« Houston Rockets at Golden State Warriors Preview, Tips and Odds
Toronto Raptors at Philadelphia 76ers Preview, Tips, and Odds »
SportingPedia covers the latest news and predictions in the sports industry. Here you can also find extensive guides for betting on Soccer, NFL, NBA, NHL, Tennis, Horses as well as reviews of the most trusted betting sites.
NBA Betting Tips, Predictions and Odds 1385