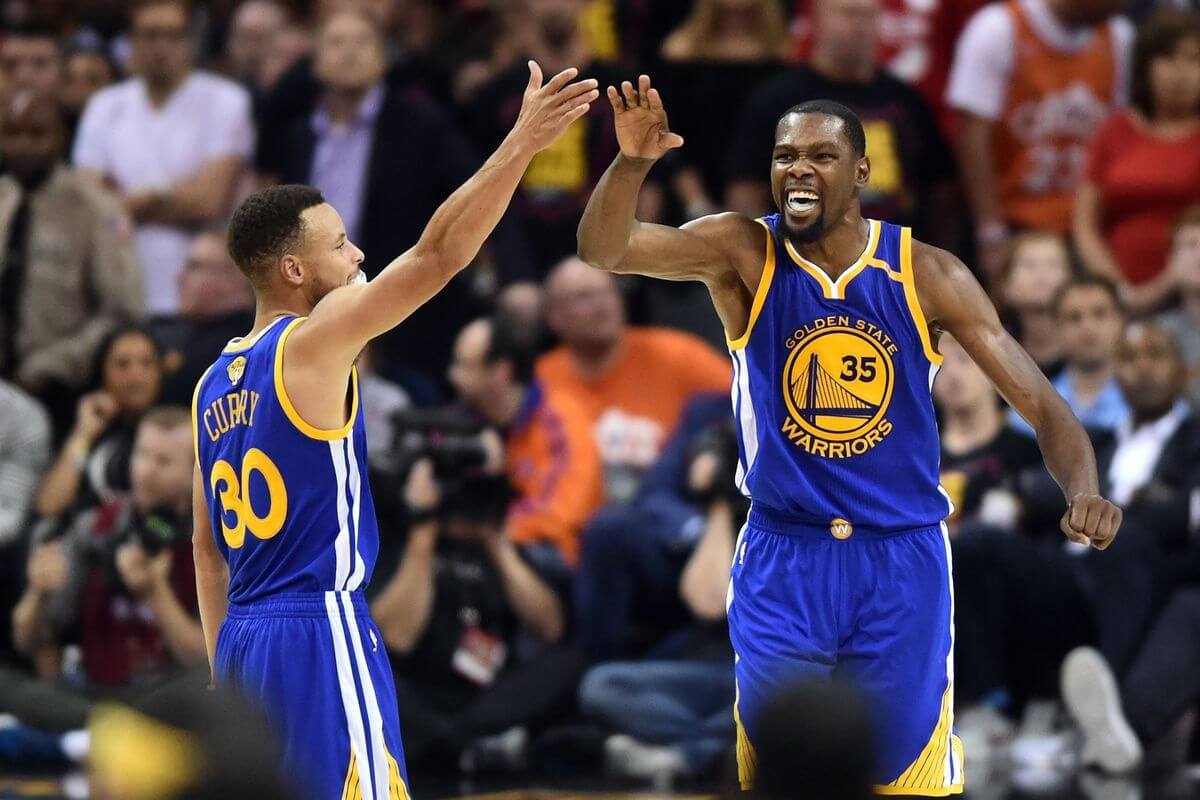 Golden State is living the good life right now, leading Houston 2-0 despite Steph Curry dealing with multiple injuries, and Klay’s ankle not being 100%. Draymond Green and Andre Iguodala have been known to be versatile defenders; it’s a big part of their rep. But now, they are giving legitimate contributions on the offensive end over the course of the game, and this is making them look *BORDERLINE* unstoppable.

Houston has some serious work to do tonight. It also seems that only Eric Gordon and James Harden care to score the rock on offense, with CP3 playing a little scared. He is not the same player he was last postseason, and considering the $40 million annual price tag he now comes with, he has to be far better. They need Tucker to make his shots from the corner, and for Capela to be the beast in the low post that he has been for so long.

Warriors: We all remember where we were when we saw KD speak up after taking just nine shots in a Game 2, 31-point blown lead loss to the Clippers in the first round. “I’m Kevin Durant. You know who I am.” He has gone off since then, averaging better than 33 points a contest over the last six. He added 29 more in Game 2. They still didn’t get much bench scoring in the last game, but they did get nine extra shots off of offensive rebounds thanks to those reserves. It is the first time we are seeing Steve Kerr consistently roll with this Hampton Five lineup.

Rockets: James Harden left the last game early after taking a shot to both eyes from Draymond Green. Though he returned and had 29 points, he was clearly bothered, and his vision was blurred. Austin Rivers played very well off the bench and proved to be a shot-maker, but nobody else in that position was able to follow suit. CP3 had 18/7/6, but that doesn’t say much about his impact. He shot 6/14 and was not aggressive when the team needed him to be.

This is the 13th time in the Steve Kerr era that his team has raced out to a 2-0 playoff series lead. Only the 2016 Cavs have rallied to win the series. Golden State is serving as the underdog for the third time in 10 matchups with Houston over the past two postseasons. They were 1-1 last year.

Folks, make sure you bet HOU -3.5! H-Town stand up! The Rockets will avoid going down 0-3 and putting themselves in the unwinnable position. No team in pro basketball history has rallied from 3-0. Harden and Paul will both step up, with Harden’s improved vision making a huge difference.

Join us on Telegram to get even more free tips!
« Milwaukee Bucks at Boston Celtics Preview, Tips and Odds
Denver Nuggets at Portland Trail Blazers Preview, Tips and Odds »
SportingPedia covers the latest news and predictions in the sports industry. Here you can also find extensive guides for betting on Soccer, NFL, NBA, NHL, Tennis, Horses as well as reviews of the most trusted betting sites.
NBA Betting Tips, Predictions and Odds 1362