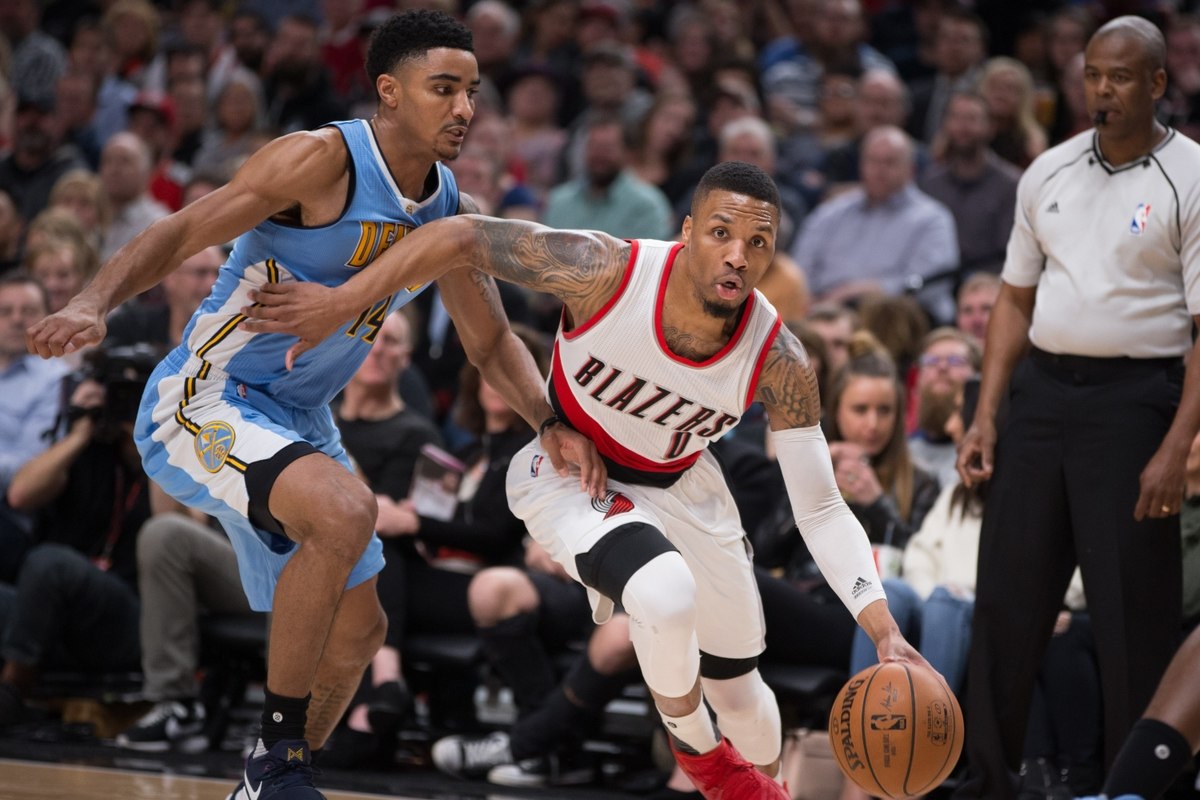 After the game on Friday night (into Saturday morning) went four overtimes, and numerous guys logged between 55-65 minutes, we should expect the benches to play a larger role tonight. Nikola Jokic, especially, who sat just three minutes last game, should get more rest as Mason Plumlee’s load increases a bit. Denver’s best hope of winning at the Moda Center will be using guys who had less run during Game 3.

Portland needs to keep doing what they have been: Sharing the rock, rolling with the decisions as Terry Stotts makes them, and playing through their backcourt. Oh, and following Enes Kanter’s lead as just continuing to go at it until the whistle stops. Rarely will see you a player with a separated shoulder get down and dirty for the entirety of a four-OT game, with the type of pain he is dealing with.

Nuggets: Nikola Jokic did everything you could ask your 7-foot big fella to do last game. He played 65 of 68 minutes without complaint and had 33-18-14. What he didn’t do, though, was make free throws to tie the game. But 65 minutes for somebody his size is an NBA record, and he was too drained to be held accountable. Will Barton finally came through with 22 points and nine boards off the bench, while Jamal Murray added 34 despite playing with an injured thigh. They shot 15/42 from deep but had only 20 free throw attempts in the 68 minutes of play.

Blazers: Portland, Portland, Portland. Two wins away from their first trip to the WCF this century. Led by CJ McCollum (41 points in 60 minutes), they came away with the win after 2:00 am ET. Dame struggled a bit but still finished with 28 points. Kanter managed to play 56 minutes, and he finished with 18 and 15. They only made 12 of their 42 threes; however, it was sixth man Rodney Hood who delivered the basket they had been needing. Hood hit a go-ahead three in the final minute of the fourth OT after a long spell on the bench. He finished with 19 points and 24 minutes and hit a huge shot for the second game in a row.

Coming into their matchup this postseason, Denver had won seven of the previous nine meetings between the two. Portland’s wins have all been at home.

Enes Kanter (shoulder) should be a full-go for tonight’s game. We can’t expect him to have the same workload as last time out, but he’s a go.

Make sure you bet POR -2.5 folks! They are going to come away with the win to take a 3-1 series lead. Dame and CJ will do enough to lead the team to a win!