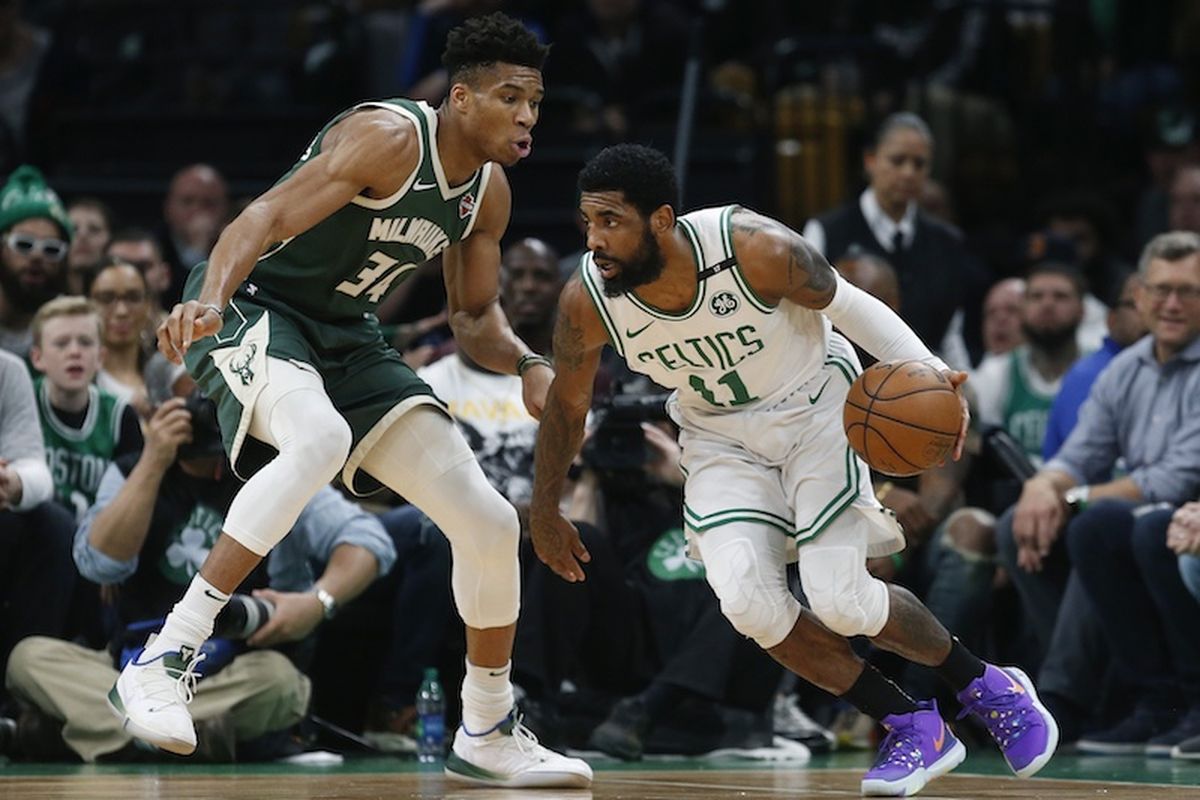 So far so bad for these Celtics, who are one loss away from seeing their season come to an end. Kyrie Irving has been playing horribly and has not been willing to accept any ownership for the team’s struggles. Gordon Hayward, who is the team’s highest-paid player, has been atrocious in this series, despite the fact that he is consistently logging 30+ mins. They have a lot to fix, and a lot of guys need to step up.

Milwaukee has been cruising, and the effort of their reserves has been a big part in their recent success. Team PBP announcer Jim Paschke eluded to George Hill being the biggest difference from last year’s series, as he has outperformed his expectations. Giannis is looking like the MVP favorite he is, which has helped them to overcome the lack of production from multiple starters.

Celtics: They shot just 38% from the floor in all during the last game, including an abysmal 9-41 from three-point range. Kyrie Irving didn’t do himself any favors, having a rough shooting night for the fifth time in six games. Something they have not been doing is playing Aron Baynes much. He logged seven minutes last game, but when he plays 18+ minutes, the team wins more than 90% of their games. Aside from his decent outing last game, Jayson Tatum has been pretty much invisible for these guys. The return of Marcus Smart (-13 in 14:39 of action) did nothing to bolster them.

Bucks: One win away from their first trip to the ECF in 18 years, things are looking up for Milwaukee. They shot 44% from the floor and managed to get 100% shots up in Game 4. They went just 8-37 from three and just 17-25 from the foul line, but neither derailed them. Giannis’ 39 points and 16 rebounds is what lifted them to the win, along with key baskets from Brook Lopez and George Hill whenever they needed them. They did what they had to do and now look to close the door in front of the Fiserv faithful.

In the last six meetings between these teams, Boston has taken five losses. The Bucks are 7-1 against the spread in all over their past eight games.

Malcolm Brogdon will not make his return for the Bucks in this game. Marcus Smart should be good to go once again for Boston.

Folks, make sure you bet OVER 218.5, and BOS +9.5! This series could be decided tonight, but if it is, it will have to be the Bucks wanting it more. With all of the negative media attention on Kyrie and the team, they are going to flip the script. Kyrie, Hayward, and Tatum will be playing well.

Join us on Telegram to get even more free tips!
« Philadelphia 76ers at Toronto Raptors Preview, Tips and Odds
Denver Nuggets at Portland Trail Blazers Preview, Tips and Odds »
SportingPedia covers the latest news and predictions in the sports industry. Here you can also find extensive guides for betting on Soccer, NFL, NBA, NHL, Tennis, Horses as well as reviews of the most trusted betting sites.
NBA Betting Tips, Predictions and Odds 1371