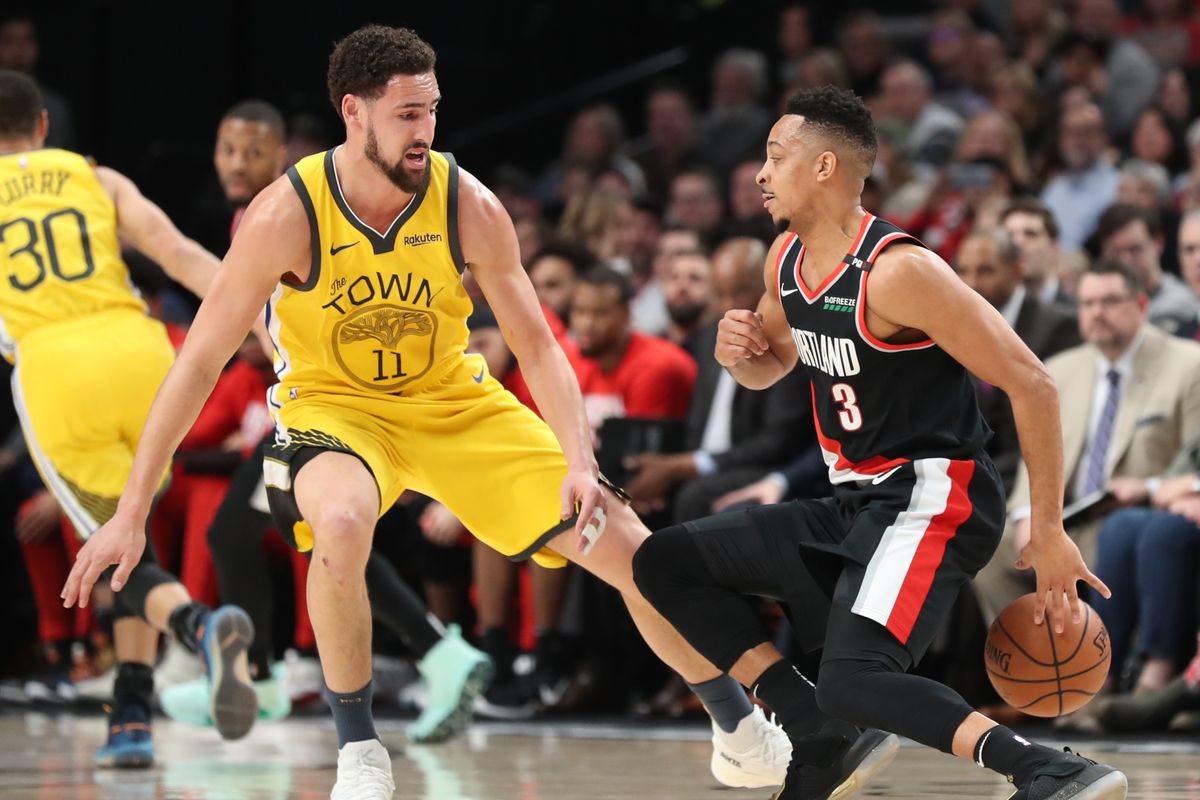 We should expect to see a lineup change from Portland this time through, with Al-Farouq Aminu being extremely inefficient on the offensive end. His defense should no longer be enough to keep him as a starter, but his role should still be sizable as a backup for Rodney Hood. They need scorers and playmakers on the floor around CJ and Dame whenever possible, as when that is the case, Golden State cannot zero in as much.

The Warriors did what their fans expected them to in Game 1. They won by 22 points despite Kevin Durant not being available. It was also terrific to see Damian Jones, who tore his pec in December, come back and play in garbage time of Game 1. Should KD remain out in the long term, he could be a potential candidate to get some minutes here or there. The emergence of the bench with KD out has been huge for this team.

Blazers: When Damian Lillard and CJ McCollum go a combined 11-31, and you are facing the 2X defending champs, you will probably lose. Portland was only down six headed to the fourth quarter, but it was then that they fell apart. Moe Harkless and Rodney Hood had been the most effective scoring options for a long stretch; also a no go. Enes Kanter grabbed 16 rebounds (five offensive) in his 29 minutes, but if he can pass out of double teams with more accuracy and finish better around the rim, it would give Portland a huge edge. The non-Hood reserves combined to shoot 3-20 from the floor.

Warriors: Now that they lead 1-0, it’s time to examine what went right for them. For starters, they took 33 threes, and made 17 of them, shooting better than 50%. Steph and Klay combined to make 12 of them, while the revamped bench knocked in four of them. Draymond did a little bit of everything: 12 points, 10 boards, five assists, two steals, and three blocks. His versatility on both ends of the floor really changes things. When he has a bad game (rare in the postseason), they are vulnerable.

Terry Stotts has struggled in road games during his playoff career, going just 8-19-2 against the spread, and will be hoping to turn that around tonight. Portland, however, is 3-0 on the road this postseason when coming off a loss. That stat will favor them this evening.

On the Warriors side: Teams that shot 50% or better with 30+ assists have gone 42-25 against the spread in their next game.

The Warriors are going to improve to 2-0 in the series and will cover as 7.5-point favorites. So make sure you bet GS -7.5! They are a tough team to beat, KD or not, and we’ll be reminded again tonight.

Join us on Telegram to get even more free tips!
« Toronto Raptors at Milwaukee Bucks Preview, Tips and Odds
Toronto Raptors at Milwaukee Bucks  »
SportingPedia covers the latest news and predictions in the sports industry. Here you can also find extensive guides for betting on Soccer, NFL, NBA, NHL, Tennis, Horses as well as reviews of the most trusted betting sites.
NBA Betting Tips, Predictions and Odds 1369