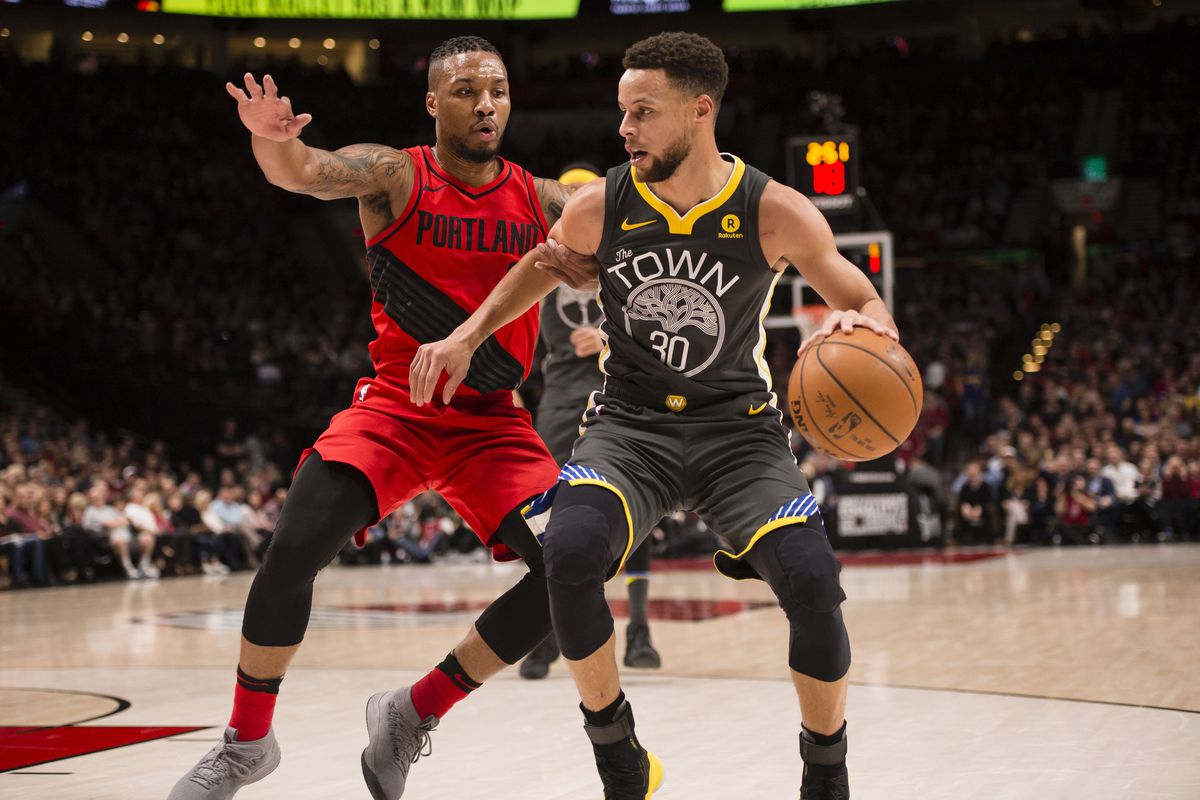 Golden State has won the first two games of the series in very different fashion. Their Game 1 victory came pretty easily, while they rallied from a big deficit to claim victory last time. And they did it so effortlessly, moving the ball around and finding Steph and Klay for threes. Jordan Bell played well in the second half, giving them the easiest bench baskets they have gotten in the postseason.

Portland needs to be better. When Terry Stotts decided to start Aminu again, it looked like a mistake. Then he scored nine points in the opening quarter, and his defense helped Portland get out to a nice lead. Lillard wasn’t scoring early, but he was doing a nice job of facilitating. Rodney Hood checked in and immediately starting helping them out. It was not on Terry Stotts’ rotations that they lost, and that is 100% sure.

Warriors: When your starting backcourt scores 61, your team is going to be tough to beat. Both Steph and Klay were on a roll, combining to knock down eight threes, and all 15 of their foul shots. The defense of Klay continues to impress, while we saw Andre Iguodala (4-5-4) make the steal which ended the game. Draymond had five blocks, plus 16-10-7 on the offensive end. The bench scored 33 points, which is much better than it had been prior. They will likely be going away from Bogut in Game 3, who played just a few minutes last game. It will not be a surprise if Looney jumps in as a starter.

Blazers: Their bench looked good, and the bench got some big run in the fourth quarter. Damian Lillard, though, did not score the ball until it was too late in the game. If he had started better, it would have helped things significantly. CJ McCollum shot 9 for 23 from the floor but did not get much from him in the waning moments. Seth Curry shot the ball extremely well, with 16 points on four threes off the bench. He also stole the ball from his superstar brother, Steph.

This is just the 10th time under Steve Kerr that the Warriors are playoff underdogs. They are 5-4 against the spread in the prior nine.

Teams that have lost the first two games and are favored in Game 3 have gone 37-27-3 against the spread since 2005. This could bode well for the home team tonight.

Alright folks, the fix is in. Make sure you bet POR -2.5! They will continue what they did in the first half of Game 2 into tonight, and it will be enough to power them to get the win. They came too far just to get swept in this round.

Join us on Telegram to get even more free tips!
« Toronto Raptors at Milwaukee Bucks
Milwaukee Bucks at Toronto Raptors Preview, Tips and Odds »
SportingPedia covers the latest news and predictions in the sports industry. Here you can also find extensive guides for betting on Soccer, NFL, NBA, NHL, Tennis, Horses as well as reviews of the most trusted betting sites.
NBA Betting Tips, Predictions and Odds 1371