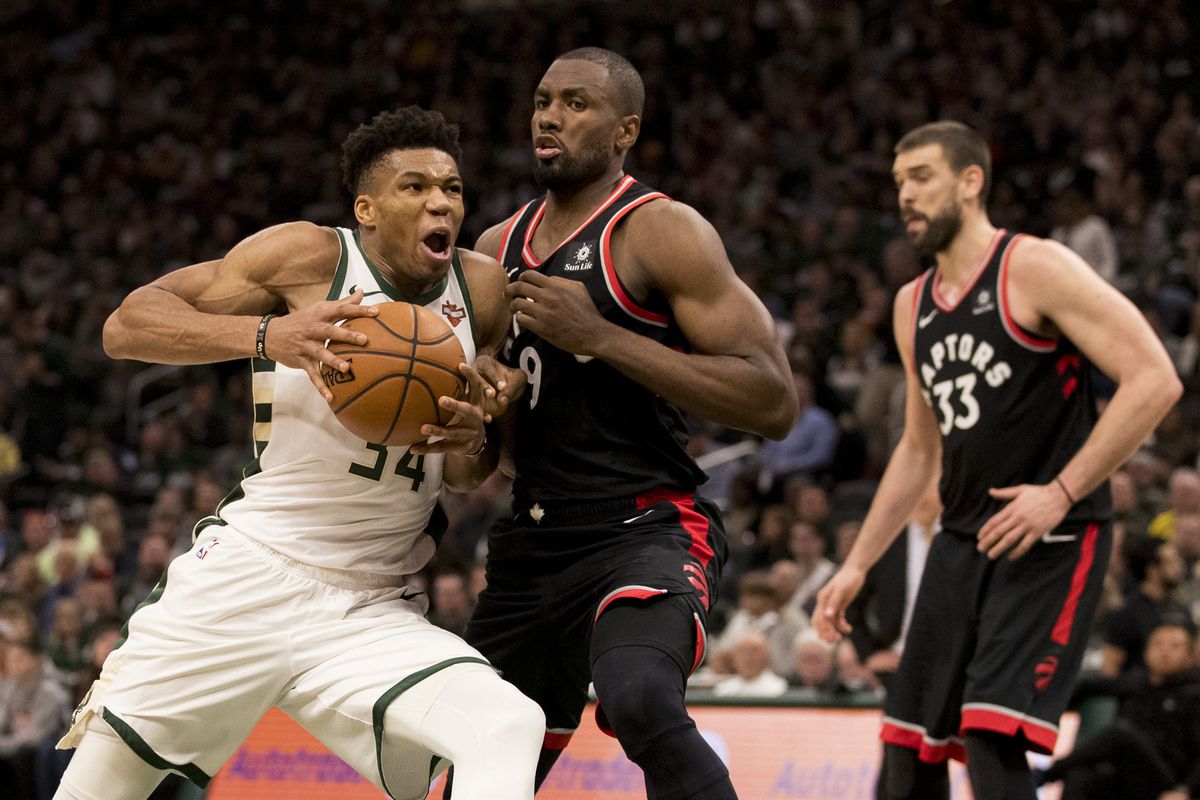 Milwaukee could not have played better during the first two games of the Eastern Conference finals, and now they are halfway to making their return to the NBA Finals after more than four decades. This is an extremely talented group, led by Giannis and a crew of role players who can do whatever the team needs. They don’t need Brook Lopez to score 29 points per game to win like they got in Game 1, but it is what it is. A different man steps up every game.

Toronto, on the other hand, is desperate. Will they be making any lineup changes tonight? That remains to be seen, but it should be considered. The defense of Marc Gasol has been very impressive, but it cannot offset the lack of offensive impact he has had. He logged only 19 minutes last game, with Ibaka taking a large chunk of minutes at the center spot, so we’ll see what comes of it.

Bucks: A 30-17-5 performance from Giannis is what led the Bucks to the victory, as they took a 2-0 lead for the second time in three rounds. How many teams can get 54 points from their bench in a playoff game? Well of all the teams remaining, only the Bucks, because Mike Budenholzer is doing a wonderful job with his rotations. He is the only coach willing to play three reserves in the first quarter, less than six minutes in, here in the postseason. While playing your starters for an extended stretch could get you off to a great start, so can giving your reserves a chance and keeping your players fresher.

Raptors: Kawhi added 31 points and shot it well for the Raptors in game two. Kyle Lowry was next with 15 points in 39 minutes, but more impressive was that he played the entire second half with four fouls without picking an additional one up. Norman Powell scored 14 points off the bench with his extended run, but that didn’t bring Toronto close enough to make a run. There has likely been some consideration for starting him over Danny Green for Game 3, considering that Danny hasn’t been able to score. It could help.

Since 2005, teams that lost their previous game by double digits on the road have gone 115-81-5 (59% win percentage) at home. Milwaukee went 3-0 against these Raptors in the regular season, covering the spread in all of the victories.

Since Nikola Mirotic stepped in as a starter for the Bucks, they have gone 6-0.

Make sure you bet MIL +2.5 folks! The Bucks are going to come away with another win, putting them in the same 3-0 position that the Warriors are in over in the West. Here they go again, back on top of the Raptors.