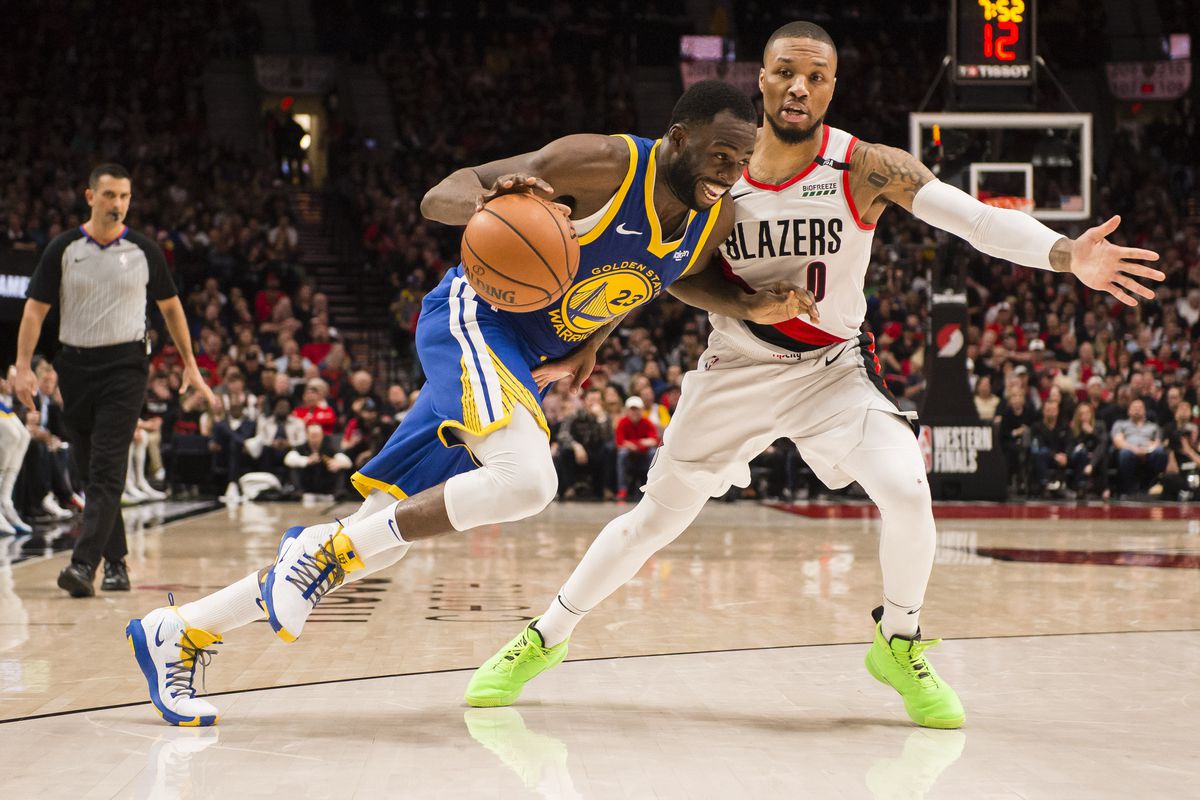 Despite all of the injuries they have been dealing with, the Golden State Warriors are a single win away from a fifth consecutive NBA Finals appearance. They have been hard to slow down, and while this could potentially be the last year of the dynasty, they are making sure to pick up all the wins they can. Andre Iguodala played only 17 minutes with an injury last game, and as a result, the bench stepped up even further.
Portland did exactly what they did in Game 2. A 17-point lead in the second quarter that quickly evaporated in the third. They have had their moments in this series but have had too many poor moments. All of those times when the defense is not able to get it done while the offense struggles simultaneously are killing their chances. They are down to their last chance tonight, as they are 0-3.

Warriors: Stephen Curry continued to knock down his shots at a high clip in Game 3, finishing with 36 points on 11-26 shooting and 8-9 FT’s. He hit his threes down the stretch and made a number of key passes. Draymond Green was as aggressive looking for his shot as we have seen in a few years, while he made eight of nine shots at the foul line, even more shocking. Their bench added 33 points, while Alfonzo McKinnie had nine rebounds (three offensive) in his 21 minutes of play. He hit a few shots in the fourth as well.

Blazers: They opted to start Meyers Leonard over Enes Kanter, with Leonard getting 31 minutes to his counterpart’s seven. Leonard was scoring the ball effectively in the second quarter, and even stroking the three-ball nicely. Once more though, Damian Lillard was playing through his rib injury and was too inefficient to be a positive contributor. Evan Turner scored 12 points in his 17 minutes, while Rodney Hood disappeared and only shot one for three. Two-thirds of Portland’s points came from their starters, but CJ was 7-20 from the floor. They have to shoot the ball well tonight and play a good third quarter for a change to keep it going.

SWEEP ALERT! While it would be nice to see Portland pick up a win in this series, they will fall to 1-12 with this core against GS in the postseason. The Warriors are going to be winning, so make sure you bet GS -3! They will have more than 10 days to rest for the Finals.