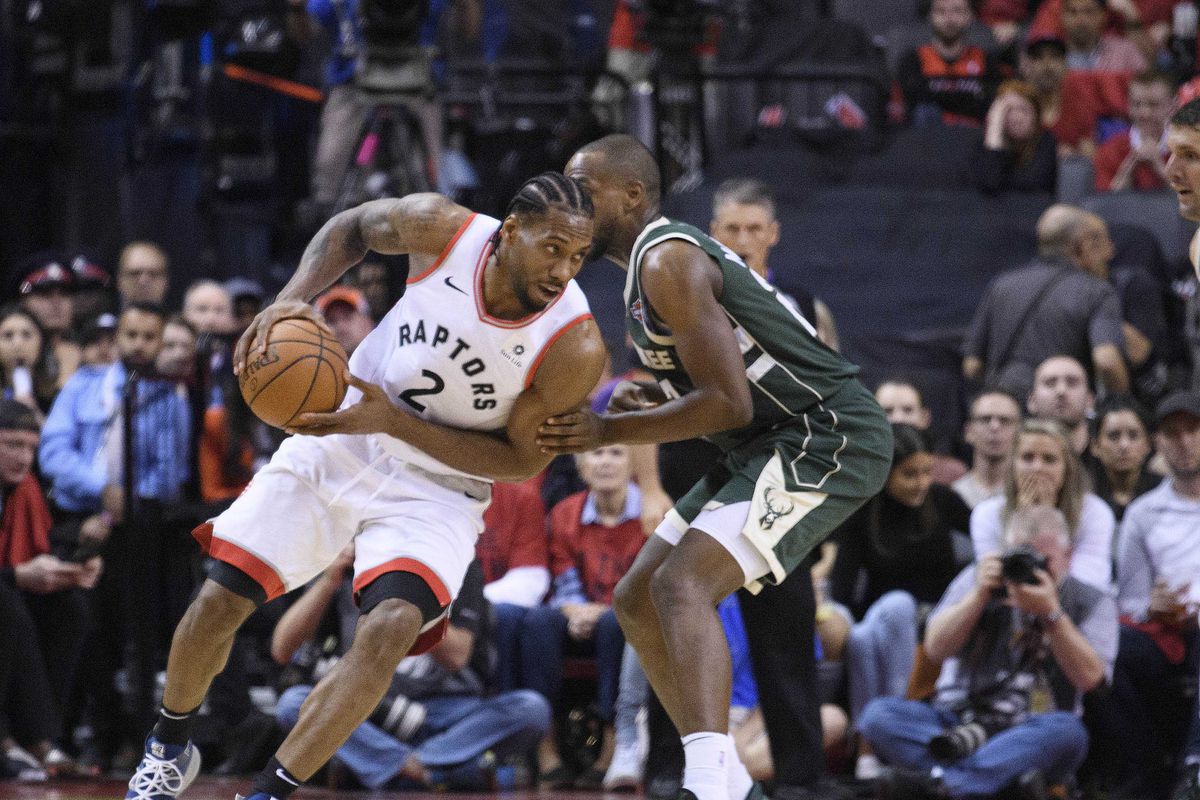 Despite their loss in 2OT last game, there should plenty of reasons to smile for the Bucks. They still have home-court, and now lead 2-1. They will have to hope to take care of business over the course of the next two games, however, now that the Warriors have moved on to the Finals. They will be getting north of 11 days of rest, and the longer this series drags on, the more exhausted the Bucks will be.

Toronto played big time down the stretch of Game 3, despite not having Kyle Lowry available, and losing Norman Powell before overtime. Everybody stepped up when they needed to, and the way that they were able to slow Giannis down was as impressive as anything else we saw all night. He was held to 12 points, after putting up 30+ without much of a fight for much of the series.

Bucks: You know it’s a weird day when both of your leading scorers don’t start the game. Malcolm Brogdon and George Hill combined to put up 44 points and really laid the lumber on Toronto. They hit key shots and were the team’s most reliable options. Brook Lopez led all of the starters with 16 points, which is good that everything was spread out, but also a negative because nobody that had to play very well was able to rise to the occasion. Khris Middleton and Eric Bledsoe combined to go just six of 32 from the floor, while adding Giannis makes the trio 11-47.

Raptors: He was playing through leg pain for much of the game, but Kawhi finished with 36-9-5, and multiple steals in the clutch, leading to additional quick baskets. Marc Gasol finally showed up on the offensive end, coming up with 16 points, 12 boards, and seven assists. He made four threes for the night. Pascal Siakam could not make a free throw to save his life, but he had 25 points and 11 rebounds on the night. Norman Powell scored 19 points but fouled out before the game really came down to its core. Danny Green hit a big three during the overtimes.

The Raptors are home underdogs tonight for the first time all postseason. They went 9-8 (10-7 ATS) as an underdog during the regular season, and for the season are 1-2 as an underdog against Milwaukee.

Milwaukee this season is 22-1 after a loss, including being 10-1 on the road in such a scenario.

It will be a 3-1 Bucks series lead with their efforts tonight. It took a whole lot for Toronto to compete in Game 3, and they had to go to the ends of the earth to avoid the insurmountable 3-0 deficit. MIL -2, make your bets!

Join us on Telegram to get even more free tips!
« Golden State Warriors at Portland Trail Blazers Preview, Tips and Odds
Toronto Raptors at Milwaukee Bucks Preview, Tips and Odds »
SportingPedia covers the latest news and predictions in the sports industry. Here you can also find extensive guides for betting on Soccer, NFL, NBA, NHL, Tennis, Horses as well as reviews of the most trusted betting sites.
NBA Betting Tips, Predictions and Odds 1375