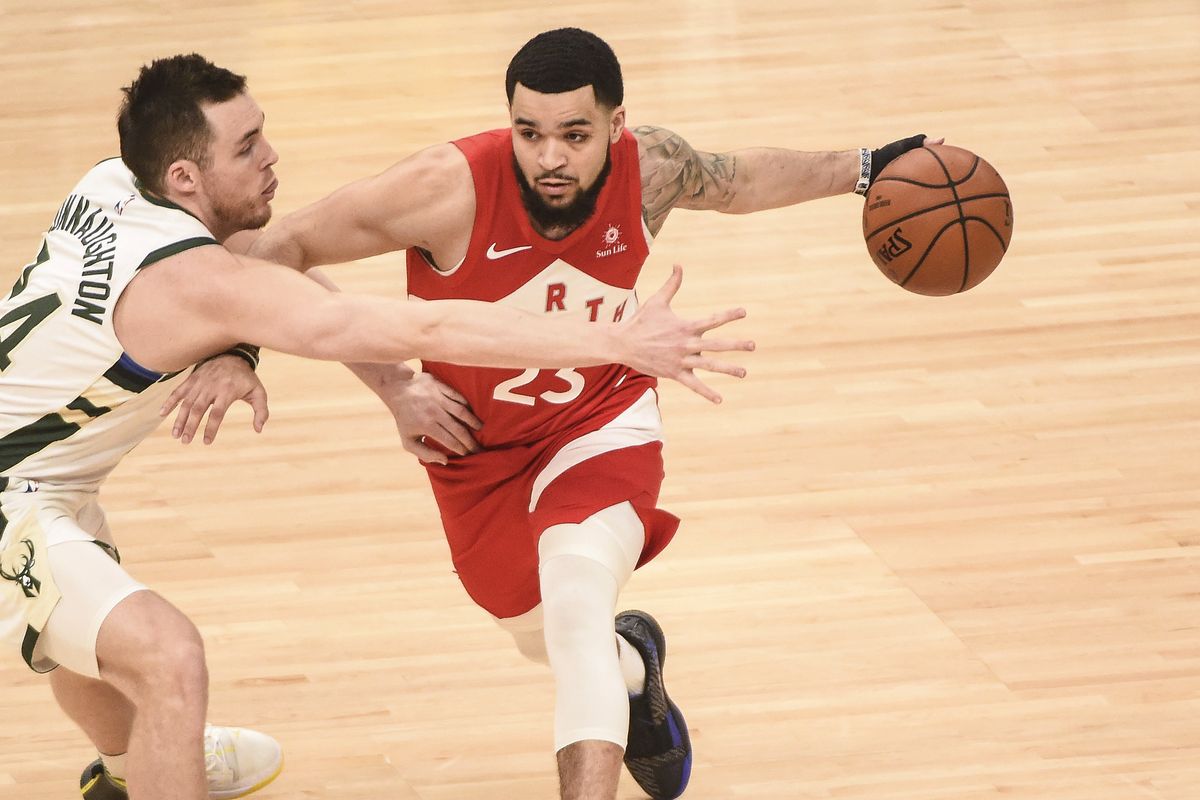 Milwaukee went from cruising out to a 2-0 lead in the Eastern Conference finals to now dropping three in a row. They looked to be in control, but now they are one loss away from the season being over. Conclusions were jumped to pretty soon after those first two, including Paul Pierce saying the series was over. We should have known that as soon as he said that, it would be lights out. And when Drake laughed at Giannis, that a curse could hit Toronto. Nope, since they are 2-0 since.

How about these Raptors? They have been extremely resilient and proved that they do belong here. They just squeaked by Philly to make it to the ECF, but they have shown that this is no fluke. Fred VanVleet looked unplayable for much of this series, and then in the biggest game, he played 37 of 48 minutes. You never know what’s going to happen in a given game.

Bucks: After they led by 10 points following the first quarter, things seemed as if they could go well for the Bucks. They would not win another period for the rest of the game. Giannis had a decent 24-6-6 line but missed five of nine FT’s. Malcolm Brogdon moved into the starting lineup and had an 18-11-6 line. Eric Bledsoe finally learned how to score, but the team was not able to hit too many threes, going just 10-31. They also defended poorly against the three and allowed Kawhi to roast and toast them.

Raptors: Fred VanVleet had not been playing well in this series, but since the birth of his second son, Fred VanVleet Jr., he has been in the zone. He shot 7-9 from three in Game 5, logging 37 minutes, and he was 3-3 from deep in the prior game. Nick Nurse decided pretty early in the game that Danny Green would not be playing much, as he has been unable to score. His defense has not been enough. Kawhi dropped 36 points but also dished out nine assists, which is equally impressive. He has been the driving force for this team.

Since 2005, No. 1 seeds that have dropped three straight games have gone just 4-10. When listed as underdogs as the Bucks are, they are 0-4. The three-game losing streak that the Bucks are currently on is their longest of the season. They went 60-22 during the regular season, with a single two-game losing skid.

Alright, folks, we’ve got a big one tonight. Toronto is a win away from its first-ever NBA Finals, and it is about to be going to happen. They are going to claim victory as 2.5-point favorites, and Milwaukee’s long run to the ECF will end there. On to the big dance vs. Golden State!

Join us on Telegram to get even more free tips!
« Toronto Raptors at Milwaukee Bucks Preview, Tips and Odds
Golden State Warriors at Toronto Raptors Preview, Tips and Odds »
SportingPedia covers the latest news and predictions in the sports industry. Here you can also find extensive guides for betting on Soccer, NFL, NBA, NHL, Tennis, Horses as well as reviews of the most trusted betting sites.
NBA Betting Tips, Predictions and Odds 1379