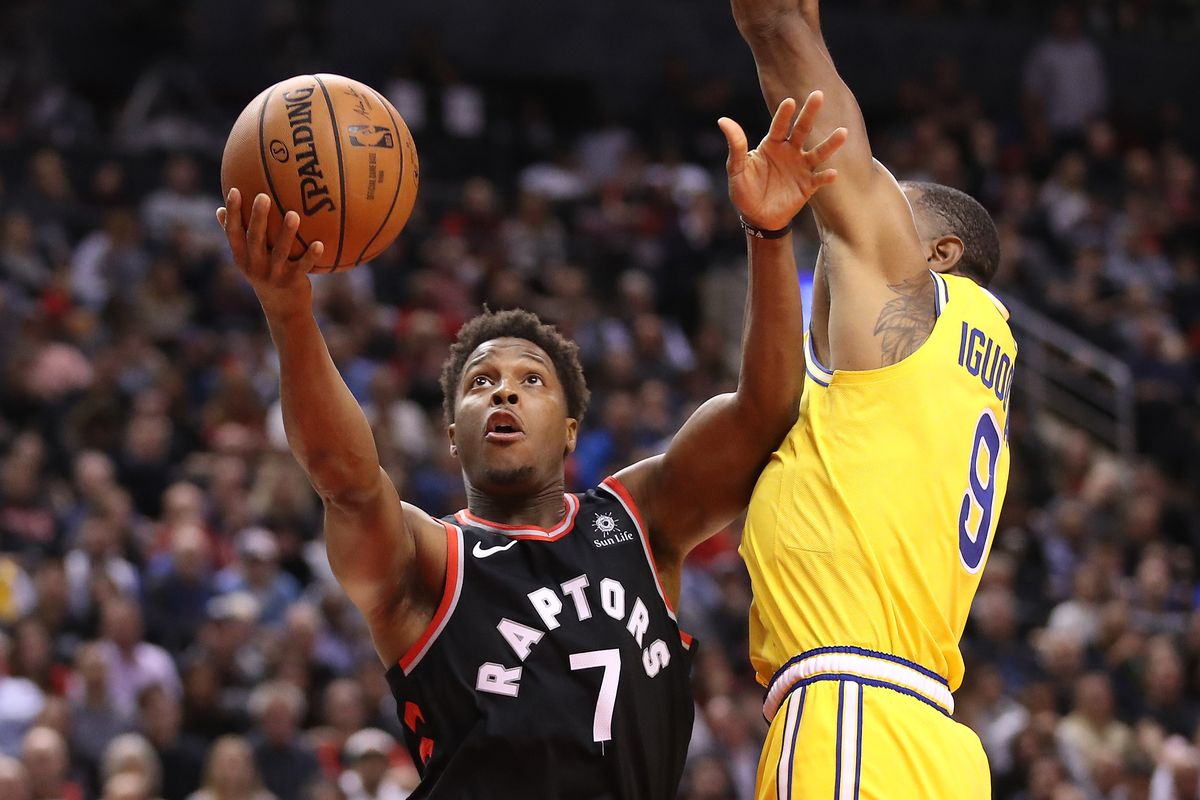 Well folks, after a long wait, here we are for Game 1. Golden State has been waiting since sweeping Portland last round, and now they get a chance to three-peat and become the first team since the Lakers to do so. This is a dynasty we’re speaking about here, and we’ll know very soon about the status of KD, Iggy, and Boogie Cousins.

Toronto, on the other hand, has to be excited. For the first time in their history, they are now in the NBA Finals! But on the down side, it really is too bad that this isn’t Dwane Casey’s team, and that it is Nick Nurse’s. Casey did a tremendous job in the past seven years, but because LeBron was in his way and he could not get past him, he had to settle for a first-round sweep at the hands of Milwaukee. Nevertheless, the fun begins in Toronto.

Warriors: They have dealt with injuries to three different starters this postseason, but the Warriors have taken it all in stride. Both Houston and the Clippers took them to six before the Portland sweep. In the absence of KD, who averaged 34.2 points per game this postseason before going down, Steph Curry raised his game to the 2X MVP level we know he is capable of. He’s averaged 27 points per game while dishing out six assists per contest. Though the stats of the reserves aren’t impressive as individuals, Jordan Bell, Kevon Looney, Quinn Cook, and Alfonzo McKinnie have all risen to the occasion in the midst of injuries, along with Jonas Jerebko.

Raptors: They have had every playoff result possible with the exception of a sweep through three rounds. They took out Orlando in five, Philly in seven, and the Bucks in six. Kawhi Leonard has taken his stellar play up another notch, averaging 31 points per game on 51% shooting throughout this postseason. Pascal Siakam has averaged 19, while Kyle Lowry has produced various huge performances with 15-5-6 averages. Nobody else is in double digits, but Fred VanVleet enters the Finals red hot, and Norman Powell and Serge Ibaka have also provided good minutes. Marc Gasol’s versatility will prove invaluable.

Coming into this season, the Warriors had swept the season series with Toronto four years in a row. Boy, how things changed this year. Toronto won a tight contest in overtime in the first meeting, and when they played again two short weeks later, those Raptors won by 20 points. This is their (obviously) first playoff series against one another, and it should be fun.

Time to place your bets, folks. While it is very easy to want to root for the Raptors, place your Game 1 wagers on GS +1. They will start the series with a win as the Raptors struggle mightily in Game 1s, while Golden State excels.

Join us on Telegram to get even more free tips!
« Milwaukee Bucks at Toronto Raptors Preview, Tips and Odds
Golden State Warriors at Toronto Raptors Preview, Tips and Odds »
SportingPedia covers the latest news and predictions in the sports industry. Here you can also find extensive guides for betting on Soccer, NFL, NBA, NHL, Tennis, Horses as well as reviews of the most trusted betting sites.
NBA Betting Tips, Predictions and Odds 1379