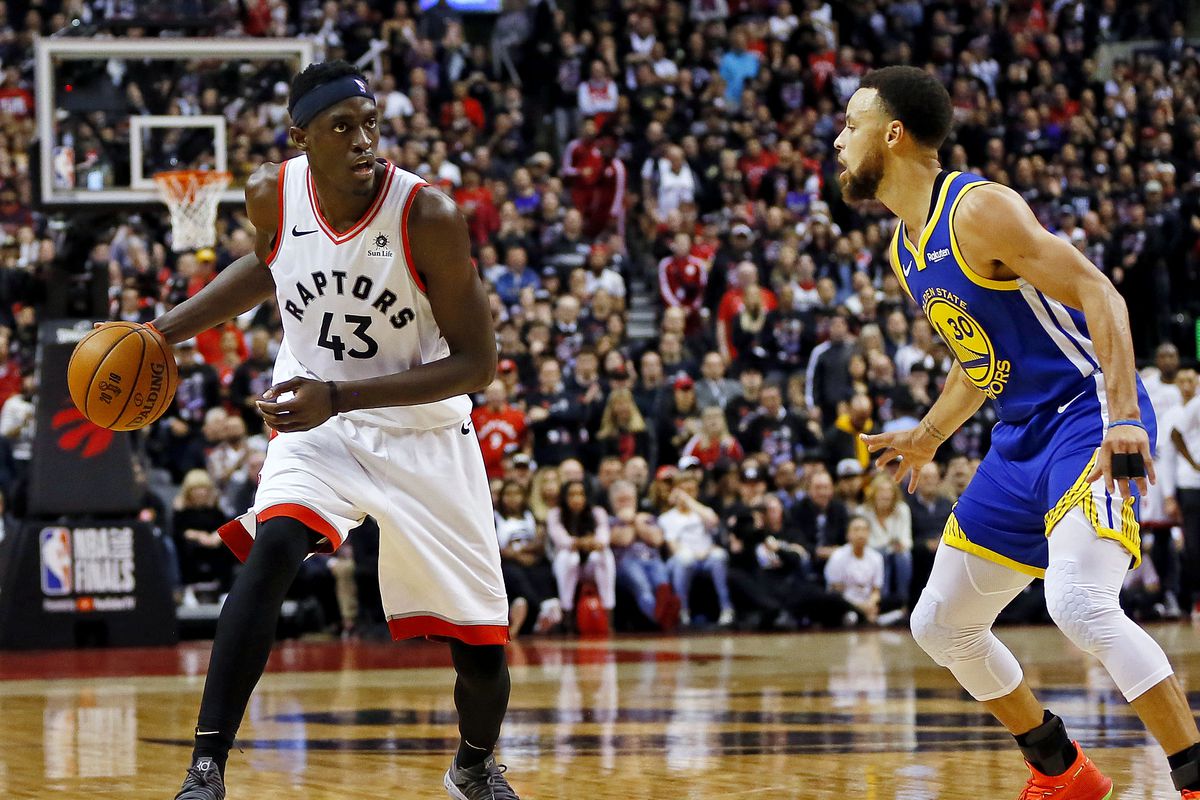 Home court makes all the difference in the NBA playoffs. Hosting the first two games of the NBA Finals each of the past four years, GS got out to a 2-0 lead three times. Now as the road team, since they won just 57 games in the regular season, they have surrendered that to the Raptors, and trail in a playoff series for the first time since the 2018 WCF.

The Raptors, on the other hand, have to feel great about themselves. They raced out to a strong start in Game 1 and kept their foot on the throttle. Kyle Lowry shot 2-9 from the floor, but did get a classic Mike Breen “BANG!” call with his dagger three with 30 seconds left. This is a team that is looking very good right now, and though Kawhi is a bit gimpy and hurt, they just might be able to survive and take Game 2. KD is going to come back eventually, after all.

Warriors: If not for the ability of Steph Curry to make just about every free throw he puts up, they would have been blown out in Game 1. He and Klay combined for 55 points, but the rest of the team could only contribute 54. DeMarcus Cousins made a less-than-eventful return, with three made foul shots in eight minutes of action. Their 16 turnovers did not help matters, nor did the fact that they did not have a third player outside of the Splash Brothers trying to be aggressive and score. Shaun Livingston took the fifth-most shots for them.

Raptors: What a night it was from Pascal Siakam, who made 11 shots in a row from the second quarter to the fourth. He had 32-8-5 and became just the third player ever with a 30-5-5 in his Finals debut. Kyle Lowry wasn’t scoring much, but he hit a three to seal the deal and passed the ball well, doing his thing on the defensive end. Marc Gasol broke through with 20 points, also grabbing seven boards and finishing with a +8 net rating. Fred VanVleet stayed hot with 15 off the bench, and his defense on Steph Curry was tremendous.

In the regular season, Golden State scored at least one win against 29 different teams. The one they went 0-2 against? That would be their current opponent, the Toronto Raptors, who they are now 0-3 against this season. It is very rare for a Steve Kerr team to fail to figure out a team after three matchups. He’s never had his team down 0-2.

Make sure you bet TOR -2 folks! They will be taking a 2-0 series lead with their victory this evening. Kawhi will play through his injuries and help lead the team to a win.

Join us on Telegram to get even more free tips!
« Golden State Warriors at Toronto Raptors Preview, Tips and Odds
Toronto Raptors at Golden State Warriors Preview, Tips and Odds »
SportingPedia covers the latest news and predictions in the sports industry. Here you can also find extensive guides for betting on Soccer, NFL, NBA, NHL, Tennis, Horses as well as reviews of the most trusted betting sites.
NBA Betting Tips, Predictions and Odds 1371