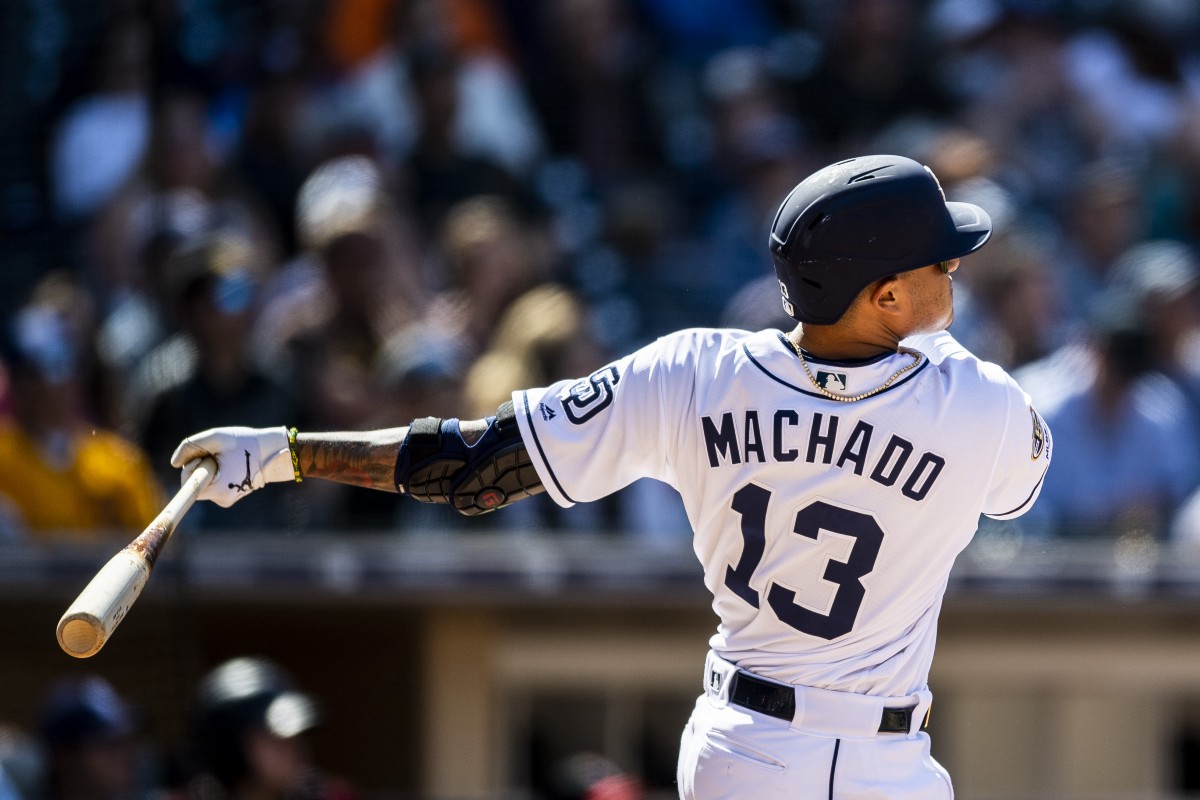 Philadelphia has been off to a decent start this year, but they are probably hoping to play better. They are atop the NL East despite their prized offseason signing not panning out at all yet. This is an extremely talented bunch with clear playoff aspirations for the season, and as of now, they are still on that pace. Most of the NL East competitors have struggled, leaving Atlanta as their only likely competition.

San Diego, on the other hand, seems to be their same old selves. It does not seem to make much of a difference that they’ve added Eric Hosmer and Manny Machado in the past two years, nor that they have home run crushers throughout their lineup. Pitching has not been great, and they can never get a few guys hot at the same time. It’s been disappointing, to say the least, to see them only 30-28 to this point.

Phillies: Rhys Hoskins has continued his ascension this year, powering the offense with 13 HRs and 42 RBI so far. Bryce Harper has knocked in 41 runs with 10 dingers, but his .248 average is right where he left off last year in DC and leaves a whole lot to be desired. McCutchen has continued to struggle, while JT Realmuto hasn’t added too much to the offense. They are lucky to have the terrific-hitting Jean Segura. Aaron Nola has been very impressive this year, leading the team with 74 strikeouts pitched, and posting a 6-0 record.

Padres: This is a team loaded with guys that have a ton of potential that have not yet reached it this year. Wil Myers is hitting .231, Manuel Margot .237, and Hunter Renfroe and Manny Machado are both under .260. Franmil Reyes has impressed with his 16 HRs, but a lot of them have been solo shots, a la Rex Pennebaker in the movie Mr. 3000. Chris Paddack has been their most consistent starter with his 62 Ks and 2.40 ERA, while Kirby Yates has proved to be one of the best closers in all of baseball. He has saved 22 of their 30 wins, posting a 1.04 ERA.

Normally, the Phillies dominate in the season series with San Diego, but the Padres won three of their six games last season and five out of six in 2017. They are beginning a three-game series tonight for their first meetings of the season.

Despite a less-than-impressive batting average in Seattle, Jay Bruce continued to mash with 14 HRs in 47 games. He has been traded to the Phillies and might debut today.

With Aaron Nola on the bump for the Phillies, make sure you bet PHI -135! He will out-pitch Eric Lauer in helping lead his team to another win!