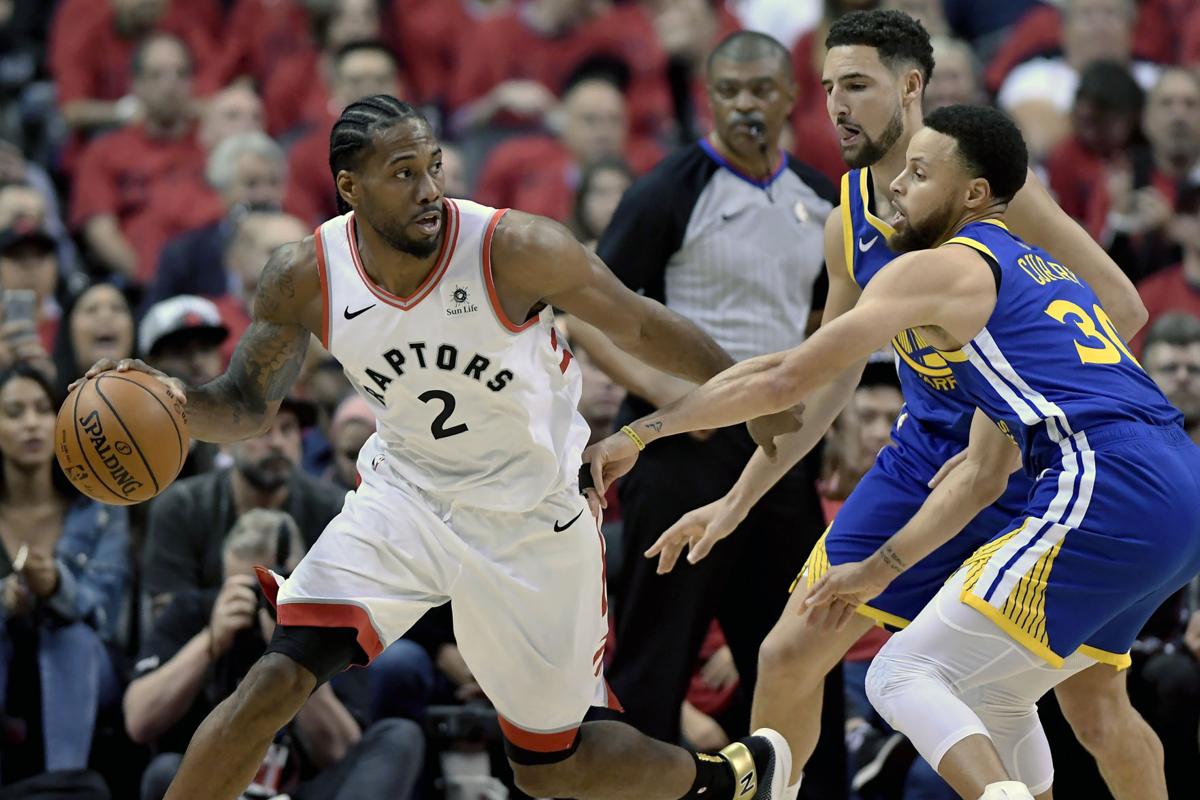 Toronto had a golden opportunity to take a 2-0 series lead in the NBA Finals but could not get the job done in the last game. Their third-quarter scoreless spell, combined with their inability to get stops for the first half of the quarter made for a tough stretch. Kawhi was playing through injury once again, but Pascal Siakam was not there to save them this time. They fought valiantly, but alas, the series is tied.

Meanwhile, Golden State cannot catch an injury break. They remain without Kevin Durant, who suffered a calf strain in Game 5 against the Rockets. Kevon Looney suffered a bruised collarbone in Game 2 and is most likely going to be done for the rest of the series. They lost Klay with 7:42 left but were somehow able to survive his injury. He should be able to go for Game 3.

Raptors: It was not the first time this postseason that Kyle Lowry has dealt with foul trouble, playing just 27 minutes before fouling out in the fourth quarter. Fred VanVleet logged 38 minutes off the bench, adding 17 points on 7-17 shooting, coming away with three steals and making a number of huge plays. Kawhi shot 16-16 from the line en route to 34 points and 14 boards. Toronto shot only 11-38 from downtown, as missed threes was something that killed them throughout. They shot just 37% from the floor, and half of their baskets were unassisted. That has to change.

Warriors: No KD? No Klay? No Looney? No problem. Most surprising was Steve Kerr’s decision to start DeMarcus Cousins and also play him nearly 28 minutes in only his second game back in nearly two months. He had 11 points, 10 boards, six assists, and a pair of blocks, but his presence was felt well beyond the stats. Andrew Bogut only logged seven minutes, but was big down the stretch, throwing down three lobs. Quinn Cook’s three-point shooting also played a huge role in the fourth. Steph didn’t shoot it well but had 23 points, and Draymond had 17-10-9. Iguodala iced the game with a huge three.

The winner of this next game is going to have a significant advantage for this series and will reclaim home court in the process. As Kevin Durant remains out and Klay Thompson is likely to make a return, a lot of the pressure is on Toronto. The Warriors stole a game in their first-ever series under Steve Kerr as the lower seed, and if they win out at Oracle, it is their series in six games.

Folks, make sure you bet TOR +5.5! We are going to have a neck-in-neck Game 3 that is going to be extremely physical.

Join us on Telegram to get even more free tips!
« Golden State Warriors at Toronto Raptors Preview, Tips and Odds
Toronto Raptors at Golden State Warriors Preview, Tips and Odds »
SportingPedia covers the latest news and predictions in the sports industry. Here you can also find extensive guides for betting on Soccer, NFL, NBA, NHL, Tennis, Horses as well as reviews of the most trusted betting sites.
NBA Betting Tips, Predictions and Odds 1385