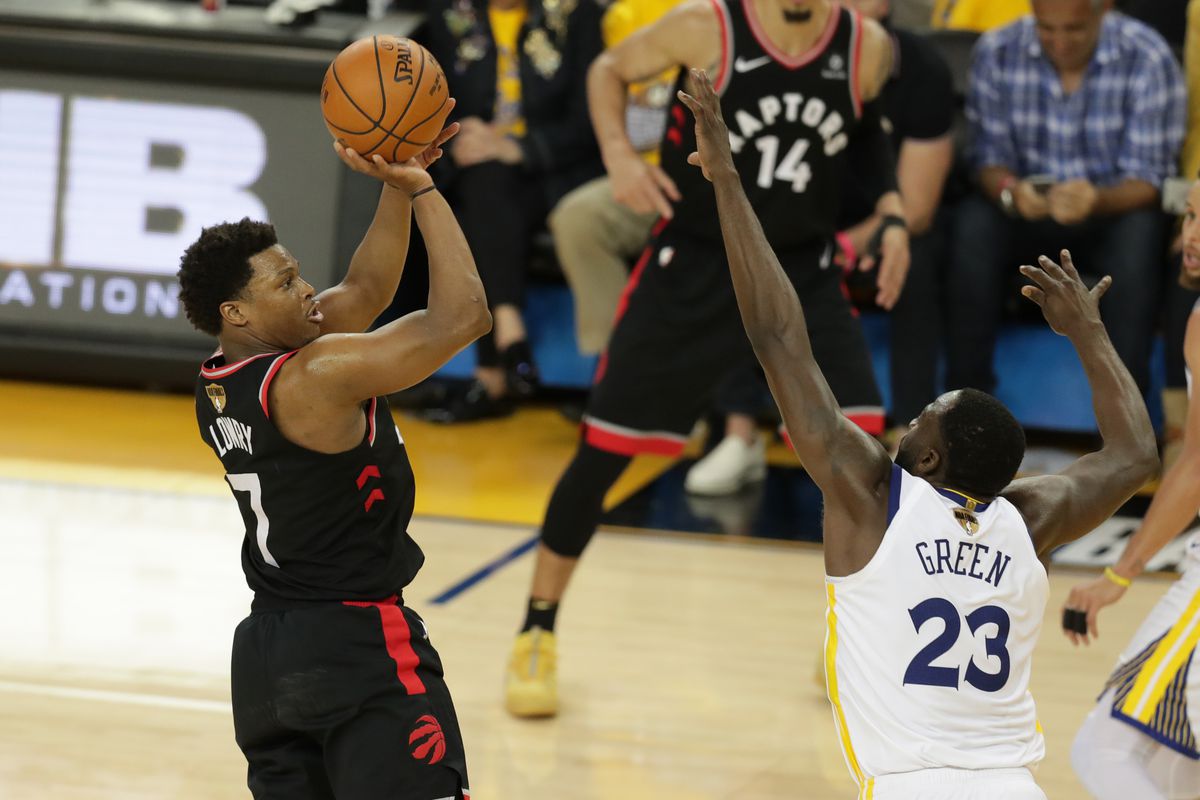 Coming off a game in which it led most of the way, Toronto has to be feeling good about itself. Every single player that saw the floor for them for more than 20 minutes played a terrific game, and by committee, they came away with a huge road win. Not often does a team change coaches and trade for a superstar in the offseason following a year where they were the No. 1 seed and had the Coach of the Year. Oh, how interesting the situation in Toronto is.

Golden State, on the other hand, opted to play it safe Wednesday night. DeMarcus Cousins logged just 19 minutes in his third game back, while Klay Thompson took a DNP. They were also without Kevon Looney, whose presence was clearly missed on the defensive end, along with his offensive boards. When Andre Iguodala and Draymond Green are your second and third offensive options in an NBA Finals game, it probably won’t bode well.

Raptors: Of all the stats we could examine from their Game 3 win, there is one in particular that stands out for Toronto. They blocked 10 shots that the Warriors put up, including getting six from Serge Ibaka off the bench, swatting every shot that went up in his vicinity. Toronto made 17 threes, including getting 11 from their starting backcourt, proving to be extremely critical. They didn’t make their outside shots at a high clip in Game 2, and it cost them. In the Game 3 victory, that lifted them, and it will be important for them to do it again in Game 4.

Warriors: Stephen Curry had a tremendous performance, finishing the night with 47 points, hitting from all over the floor during each of the game’s four quarters. Draymond Green as your second-leading scorer usually doesn’t bode well for winning games of this magnitude, but they didn’t have anybody else who could step up. With KD and Klay both out, we saw just how limited the depth of this team is. Against Portland, they were able to pull off the sweep, but Toronto is no pushover. They need to make things happen early and often in the next game, and assuming Klay returns, the offense should be a bit better.

Today’s key stat is that the team who wins Game 3 of the Finals when it’s tied 1-1 has gone on to win 31 of 38 series. 31-7 is the record for that team, so Toronto is in the driver’s seat right now. They got the home-court advantage back and hope to pull within a single win of the title this time through.

This is a tough one to predict, but with Klay back, the Warriors are going to fight much harder. Make sure you bet GS -5.5, as they even things up!

Join us on Telegram to get even more free tips!
« Toronto Raptors at Golden State Warriors Preview, Tips and Odds
Golden State Warriors at Toronto Raptors Preview, Tips and Odds »
SportingPedia covers the latest news and predictions in the sports industry. Here you can also find extensive guides for betting on Soccer, NFL, NBA, NHL, Tennis, Horses as well as reviews of the most trusted betting sites.
NBA Betting Tips, Predictions and Odds 1345