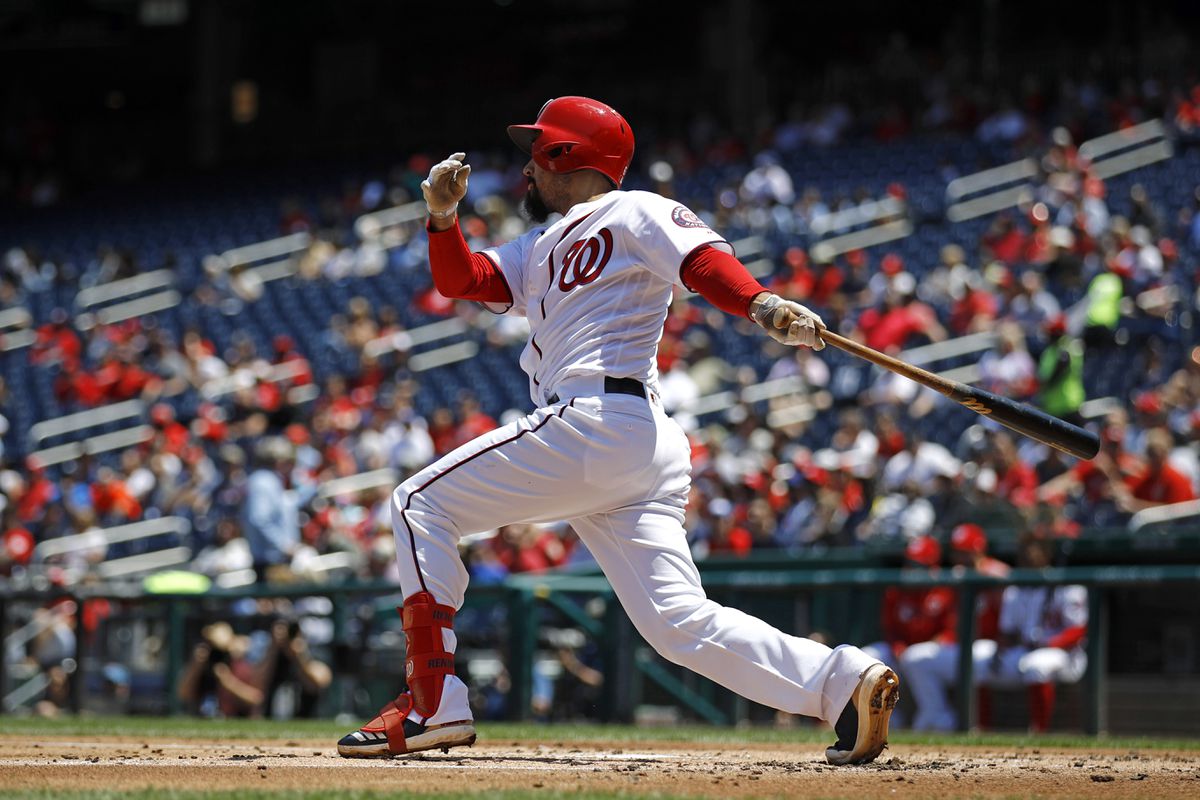 After a rainout last night, the teams are ready to officially kick off their series today. Philadelphia has been struggling of late and have fallen three games back of Atlanta for the top spot in the NL East. With all of the bats they acquired this offseason, they expected to have more wins by now. The real story of this series, though, will be the latest return to DC for FORMER Nats superstar Bryce Harper.

Washington, on the other hand, has been playing some solid baseball of late. They are 5-5 in their past 10 games, splitting a four-game set with the Diamondbacks. They have proven capable of piling up the runs while getting solid pitching. Their starting rotation is one of their greatest strengths, as we have seen year in and year out from their aces. The top two strikeout leaders in the NL both reside on the Nationals staff.

Phillies: Rhys Hoskins has been powering the offense thus far with his 15 home runs and 49 RBI, Bryce Harper’s RBI total even with Hoskins. The real issue that their leading hitter is batting just .277, and nobody has been able to be any better than that. Jean Segura has struggled more of late and is hitting .275. Harper’s .247 average still has him only four hits from the team lead. Zach Eflin has been their most effective starting pitcher, but he is not exactly what you would call an ace. Hector Neris has been solid as a closer, finishing out 15 close games for his team, but they need better bullpen arms.

Nationals: It has been the Anthony Rendon show in DC, leading with 16 long balls and 50 runs batted in while also batting .321. Juan Soto has 11 HRs and 41 RBI, while Howie Kendrick is hitting .333 with 12 HRs and 43 RBI, putting him on pace for a career season. Victor Robles has flashed signs of being a future star, with his power, and speed in the outfield. He and Soto can go a long way toward turning this team into a contender in the near future with the right cast around them. Max Scherzer’s record has been anything but impressive, but he still has a 2.81 ERA and 136 strikeouts in less than 100 innings of work.

Patrick Corbin and Jake Arrieta both took no-decisions when they pitched against each other last month, with DC’s bullpen helping them to pick up the win. This is their second duel.

Without Odubel Herrera, Andrew McCutchen, and Jay Bruce, the Phillies lineup is a bit decimated.

Make sure you bet WSN -160! With Patrick Corbin on the bump, they will be sure to take a win in the first playable game of the series!