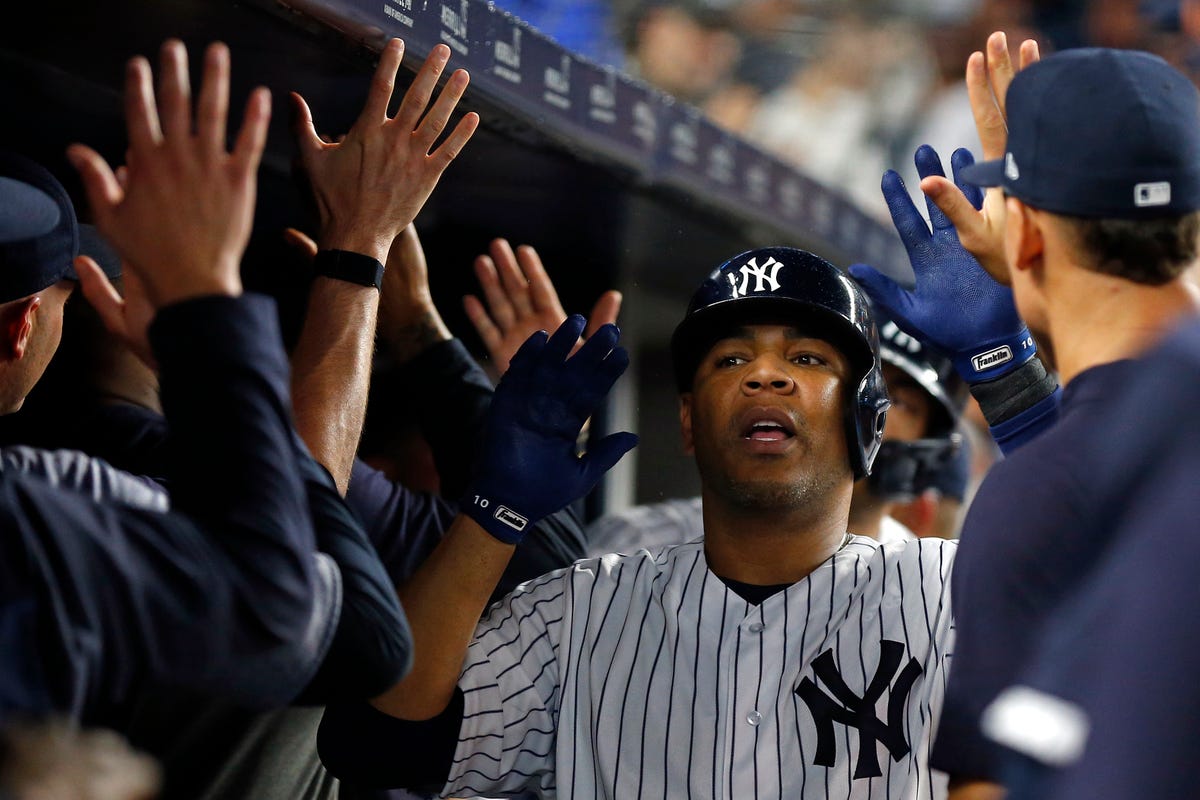 We finally have it, folks: A battle between the American League elites. Both of these clubs have dealt with significant injuries to a number of key players in their lineups, but it hasn’t slowed them. Houston just got Jose Altuve back, a guy that really is the heart and soul of this team. A player that at his short frame of 5-6, proves that size is far from everything, serving as the second coming of the Red Sox 5-9 Dustin Pedroia.

In New York, they get one of their superstars back in the lineup tonight. This is the second season in a row that Aaron Judge suffered a significant injury, as he has missed the past few months. After just getting Giancarlo Stanton back, they get AJ now too. One thing they have done well is make trades and call up the right guys to fill in for the injured ones. The depth on this team is nuts and will only serve to help them come playoff time.

Astros: Alex Bregman has continued to lead the team in power numbers while George Springer recovers on the IL. He has 21 home runs and 51 RBI, both of which are currently leading the club. Michael Brantley is hitting .319, showing flashes of his time in Cleveland before severe injuries took their toll. For all the great hitters they have, though, their success this season has to be heavily credited to their pitching staff. Roberto Osuna has 17 saves and a 2.32 ERA, while Will Harris is at 1.33, Ryan Pressly a 0.82 ERA. Verlander and Cole have been strikeout MACHINES.

Yankees: Gary Sanchez, Luke Voit, and Gleybar Torres have been the offensive leaders this year, along with DJ LeMahieu amidst all the injuries. Sanchez has 22 HRs and 50 RBI, while Voit has 17 and 46, respectively. Torres has 17 dingers and 43 runs batted in, with LeMahieu is batting a team-best .314, with nine homers and 48 RBI. Gio Urshela has also been a terrific fill-in here. Cameron Maybin is over .300 in his 36 appearances, proving to be a guy worth keeping around. They have had some strong bullpen appearances from Chapman, Britton, and Ottavino, but most of the others have been inconsistent. Their starting pitching has been just good enough, meanwhile.

These teams played a three-game series against one another in early April, and we saw Houston come away with a sweep. New York is hoping that it is different this time around, that’s for sure. NY won the season series 5-2 a year ago.

James Paxton is 4-1 in his past five starts against Houston, and he WILL make it 5-1 in the past six as he leads the Yankees to a win. Make sure you bet NYY -152! Brad Peacock makes his first-ever start against the Bronx Bombers tonight, and it won’t be pretty.

Join us on Telegram to get even more free tips!
« Tampa Bay Rays at Oakland Athletics Preview, Tips and Odds
Colorado Rockies at Los Angeles Dodgers Preview, Tips and Odds »
SportingPedia covers the latest news and predictions in the sports industry. Here you can also find extensive guides for betting on Soccer, NFL, NBA, NHL, Tennis, Horses as well as reviews of the most trusted betting sites.
MLB Betting Tips, Predictions and Odds 241