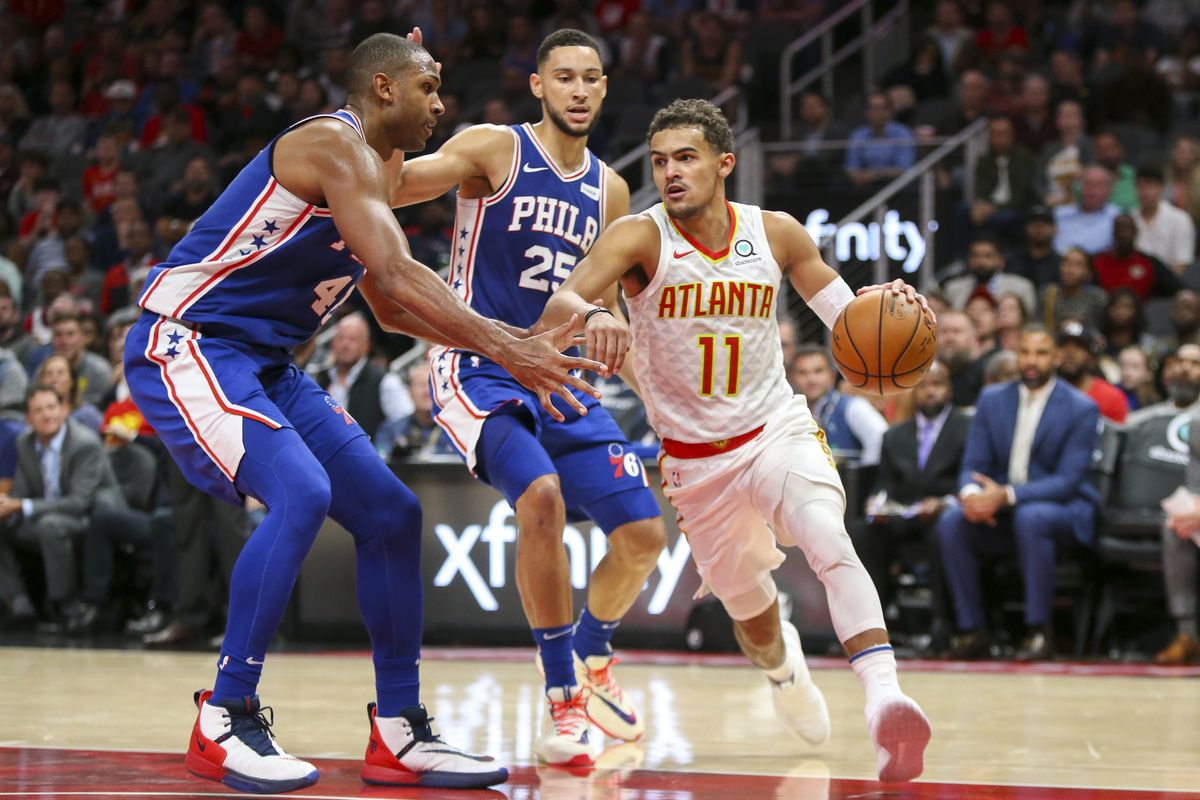 The Atlanta Hawks and Philadelphia 76ers meet Monday in NBA action at the Wells Fargo Center.
Philadelphia came out of the All-Star break with a 112-104 overtime triumph at home over Brooklyn on Thursday but had to go on the road Saturday and was not up to the task against the NBA-best Milwaukee Bucks, dropping a 119-98 decision to fall to 9-20 away from home. “I don’t accept that at all,” 76ers coach Brett Brown told reporters of the idea that his team is not very good on the road. “As I said before, it’s a house built on sand otherwise. You’ve got to conquer your miseries of what is going on on the road. As far as looking into this game too much, I will not. And none of us is going to overreact.” Atlanta has similar issues on the road at 6-24 but is hoping to carry some of the momentum gained from two wins over playoff contenders at home coming out of the break into the one-game stop at Philadelphia. The Hawks knocked off Miami 129-124 behind 50 points from All-Star point guard Trae Young on Thursday and got a monster performance from forward John Collins in Saturday’s 111-107 triumph over the Dallas Mavericks.

The 76ers and the Atlanta Hawks have played 383 games in the regular season with 193 victories for the 76ers and 190 for the Hawks. The Hawks have held their own against the Sixers in each of the two times these teams have faced one another. They even managed to defeat them at the State Farm Arena back in late January and October. They are leading the season series 2-0. 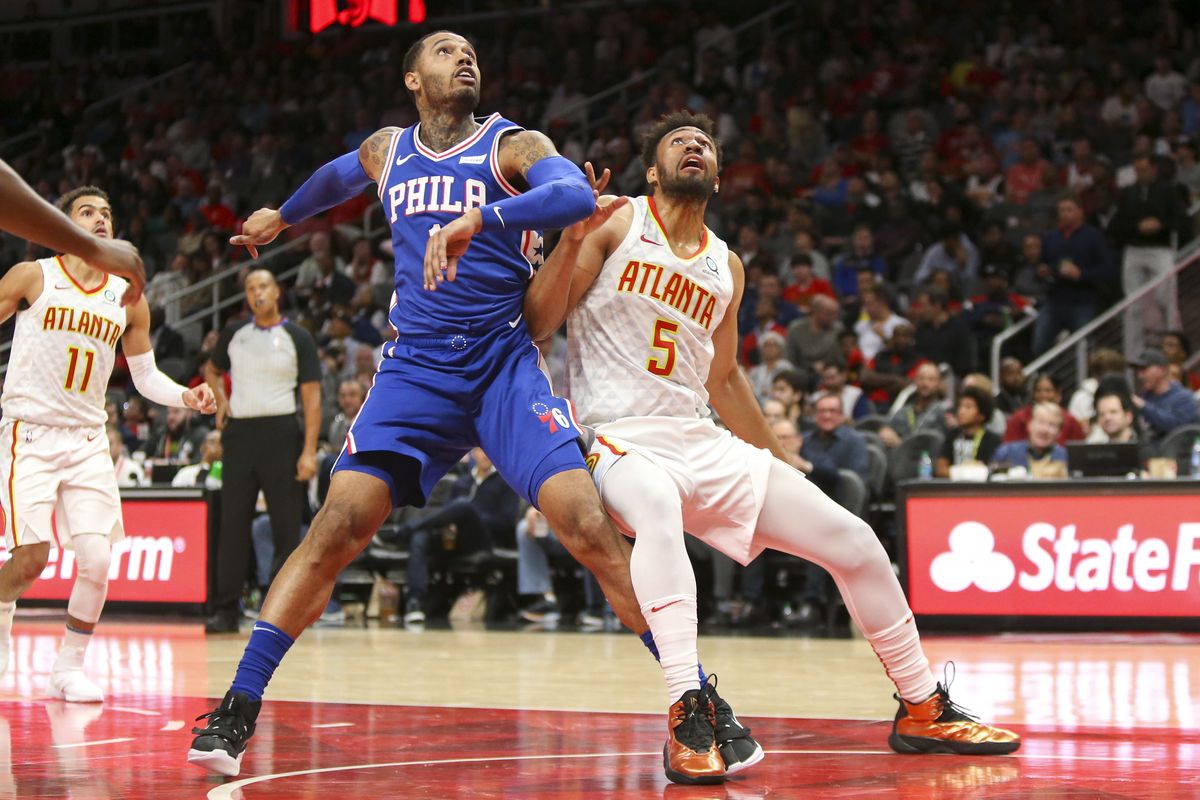 ABOUT THE HAWKS: Atlanta (17-41) is trying to build around Young and Collins and continues to get encouraging performances from the duo, with Collins matching his career high of 35 points while going 13-of-18 from the floor and adding 17 rebounds on Saturday. “I feel I definitely took advantage of the mismatches I had tonight,” Collins told reporters. “…I can crash the glass really well, so I took advantage of that and made the most out of it.” Young followed up his career-high 50 points with 25 points and 10 assists against Dallas, coming alive in the fourth quarter to help the Hawks overcome a nine-point deficit beginning the frame.
The Atlanta Hawks look for a win after splitting their last 12 games. The Atlanta Hawks are averaging 110.5 points on 44.8 percent shooting and allowing 118.8 points on 47.5 percent shooting. Trae Young is averaging 30.1 points and 9.2 assists while John Collins is averaging 20.4 points and 10.1 rebounds. Kevin Huerter is the third double-digit scorer and De’Andre Hunter is grabbing four rebounds. The Atlanta Hawks are shooting 32.9 percent from beyond the arc and 78.7 percent from the free throw line. The Atlanta Hawks are allowing 35.7 percent shooting from deep and are grabbing 43 rebounds per game. The Atlanta Hawks have lost six of their last seven road games. 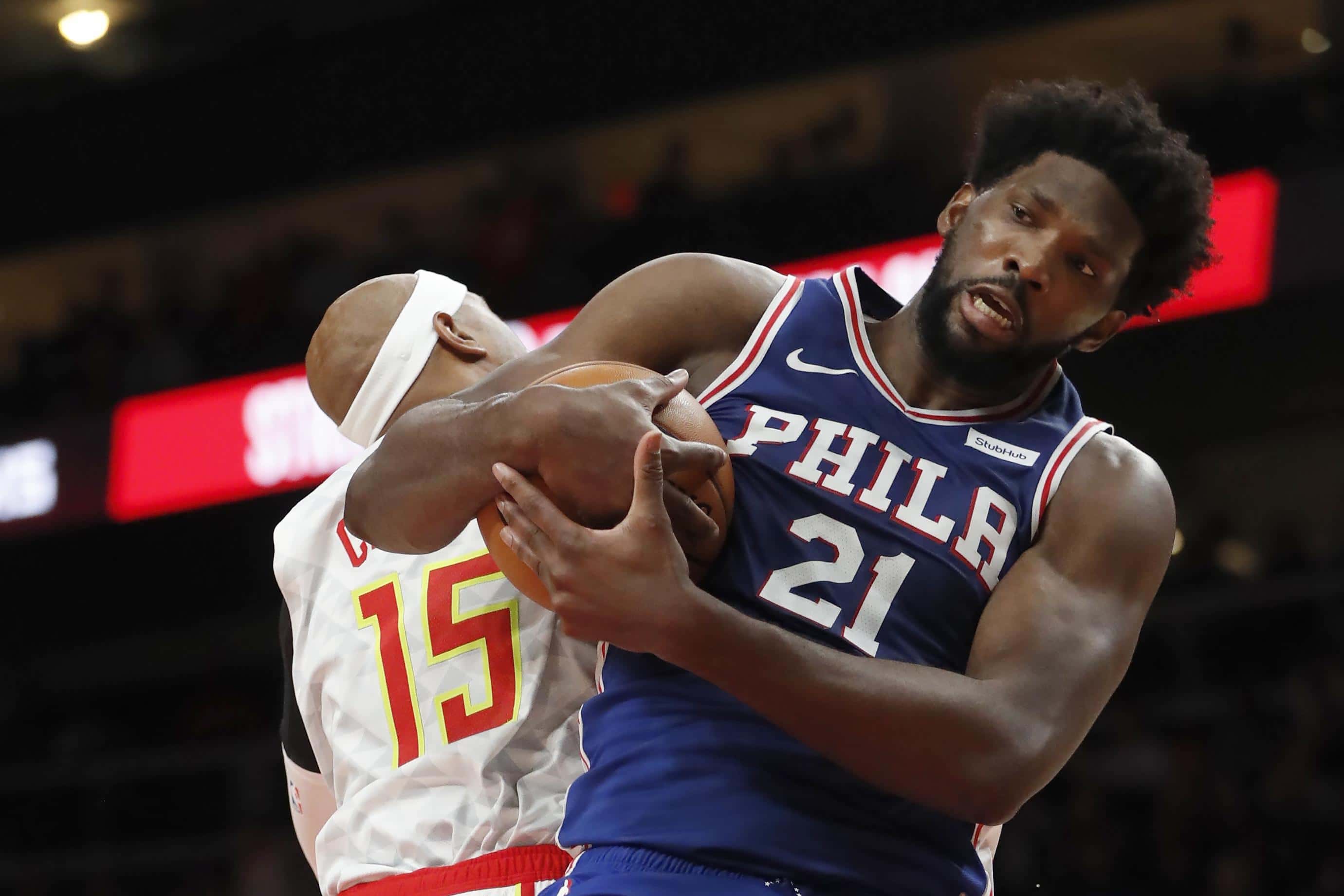 The Atlanta Hawks are playing well at home as of late, but they’re still 10-20 against the spread on the road where they lose by an average of 13.3 points and allow 48.6 percent shooting from the field. The Philadelphia 76ers are absolute garbage on the road, but they win at home by an average of 10 points and haven’t lost a home game in two months. Given the home and road splits of both teams, The numbers should be with the 76ers at home. Take away two of the team’s top-three scorers and things are bound to get worse. Give me the Hawks on Monday.