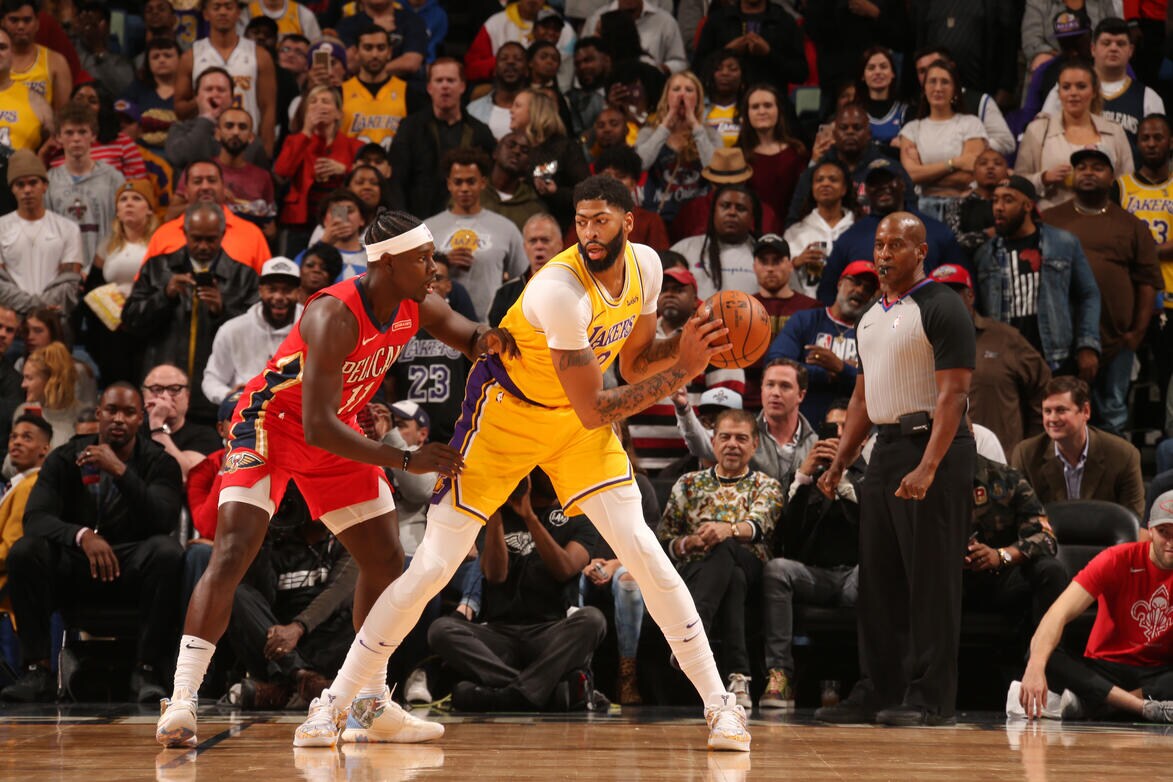 The New Orleans Pelicans invade the Staples Center to duke it out with the Los Angeles Lakers on Tuesday night.
A pair of Western Conference teams prepare to do battle in the City of Angels. The New Orleans Pelicans make the trip to the west coast as they face the Los Angeles Lakers Tuesday night. New Orleans comes in off a 115-101 road win over the Warriors Sunday night in their last contest. Los Angeles edged Boston 114-112 at home in their previous game Sunday afternoon. The Lakers own a 37-22 advantage in the all-time regular season series and have won the last four meetings, including two this season. In the most recent matchup, the Lakers took a 123-113 home victory in the most recent matchup on January 3.

ABOUT THE PELICANS (25-32): Williamson was 13 of 20 shooting against the Warriors and even knocked down a 3-pointer, his first since going 4 of 4 in his NBA debut on Jan. 22. Williamson stepped up as a leader at halftime when he encouraged his teammates to pick up the pace as New Orleans trailed by 10 before outscoring Golden State 69-45 in the second half. “It was one of those things where I just said, ‘Yo, we have to play with more energy. We’re much better than this'” Williamson told reporters. “When it comes down to it, if I say something then it means I’m into the game and something isn’t right. Obviously we got the win and that’s the most important part.”
ABOUT THE LAKERS (43-12): James contributed 29 points, nine assists and eight rebounds against the Celtics and is averaging 31 points, 10 assists and 7.7 rebounds over the past three games. Davis and James combined for 61 of the staring five’s 71 points against the Celtics but forward Kyle Kuzma (16 points) and center Dwight Howard (10 points, seven rebounds) delivered solid contributions off the bench. Starting guard Avery Bradley had just three points against his former teammates after scoring in double digits in five straight games. 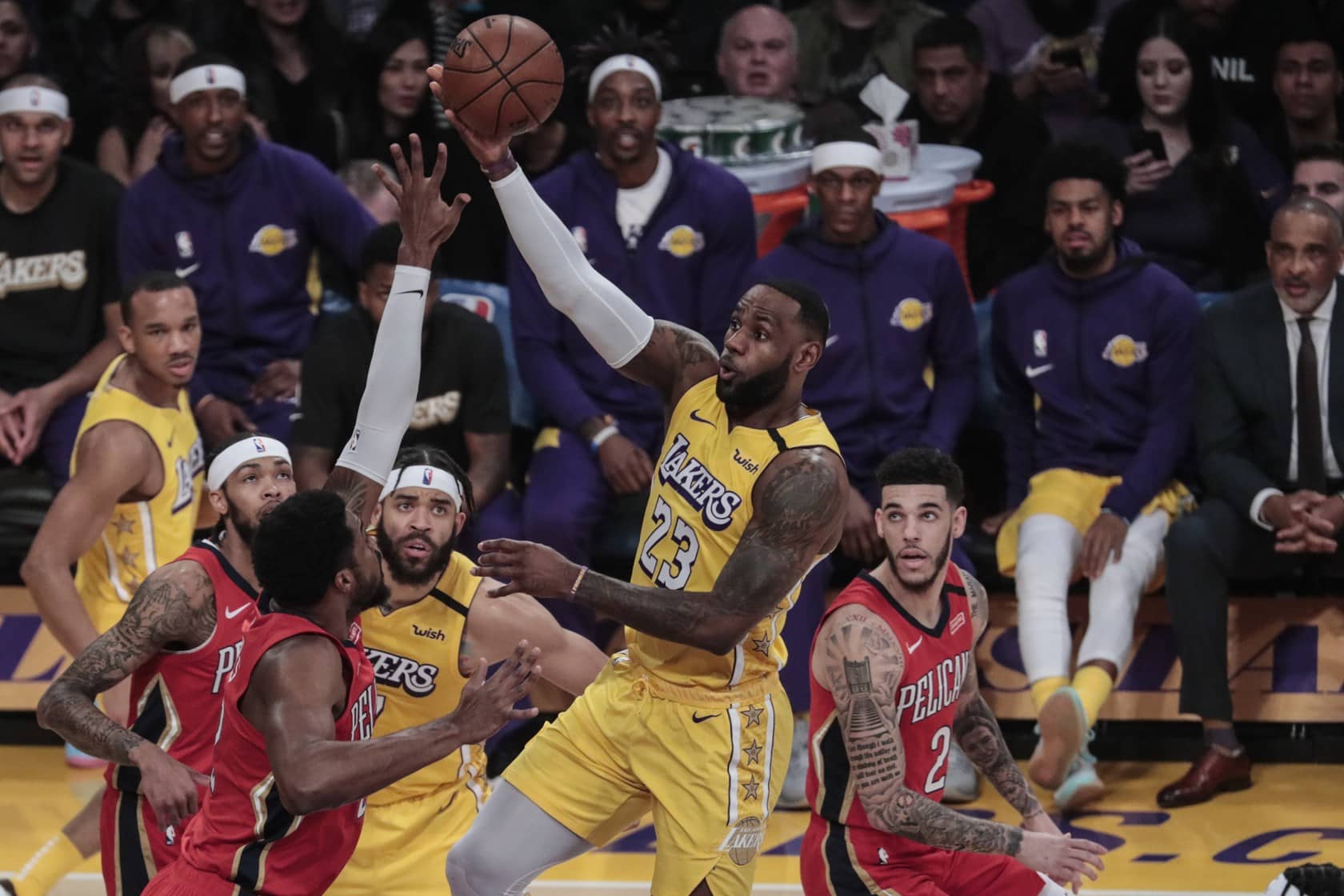 The Pelicans are 4th in the league in scoring offense as they average 116 points per game on the season. New Orleans is 5th in rebounding by collecting 46.7 boards a night while the team ranks 3rd in assists by dishing out 26.6 dimes a night. The Pelicans are 28th in the league in scoring defense as they allow 117 points per game so far this year. Brandon Ingram leads the team in scoring with 24.5 points per game along with 6.3 rebounds and 4.3 assists this season. Josh Hart contributes 10.6 points plus 6.4 boards a night while Lonzo Ball (11.8 points, six rebounds, 6.8 assists), Jrue Holiday (19.4 points, 6.8 assists), Jahlil Okafor (7.9 points), JJ Redick (15.4 points), E’Twaun Moore and Derrick Favors (9.3 points, 10 rebounds) are key rotation pieces. Zion Williamson made his season debut against the Spurs on January 22 and has averaged 22.8 points and 7.2 boards since his return. New Orleans is tied for 12th in field goal percentage by shooting 46.2 percent from the field as a team this season. The Pelicans are third in the league in threes per game as they knock down 14.3 triples per contest and stand fourth in three-point shooting by hitting 37.6 percent from beyond the arc.
The Lakers are 7th in the league in scoring offense as they put up 114.8 points per game. Los Angeles is 7th in rebounding with 46.3 boards per contest and 6th in assists with 26.2 per game. The Lakers stand 7th in the league in scoring defense as they allow 107.4 points per night. LeBron James is second on the team with 25.2 points, 7.7 rebounds and 10.7 assists per contest this season. Anthony Davis contributes a team-high 26.8 points, 9.4 rebounds and 2.5 blocks a night while Kyle Kuzma chips in 12.5 points per contest. Avery Bradley, Danny Green, Dwight Howard and Kentavious Caldwell-Pope are among the role players that the team is leaning on to supplement their star duo. The Lakers are 1st in the league in field goal percentage as they shoot 48.7 percent as a team. Los Angeles is tied for 19th in the league with 11.2 triples per game while standing tied for 13in three-point shooting at 36.2 percent from downtown. The Lakers waived DeMarcus Cousins, who hasn’t played this season, and signed Markieff Morris, who was bought out by Detroit. 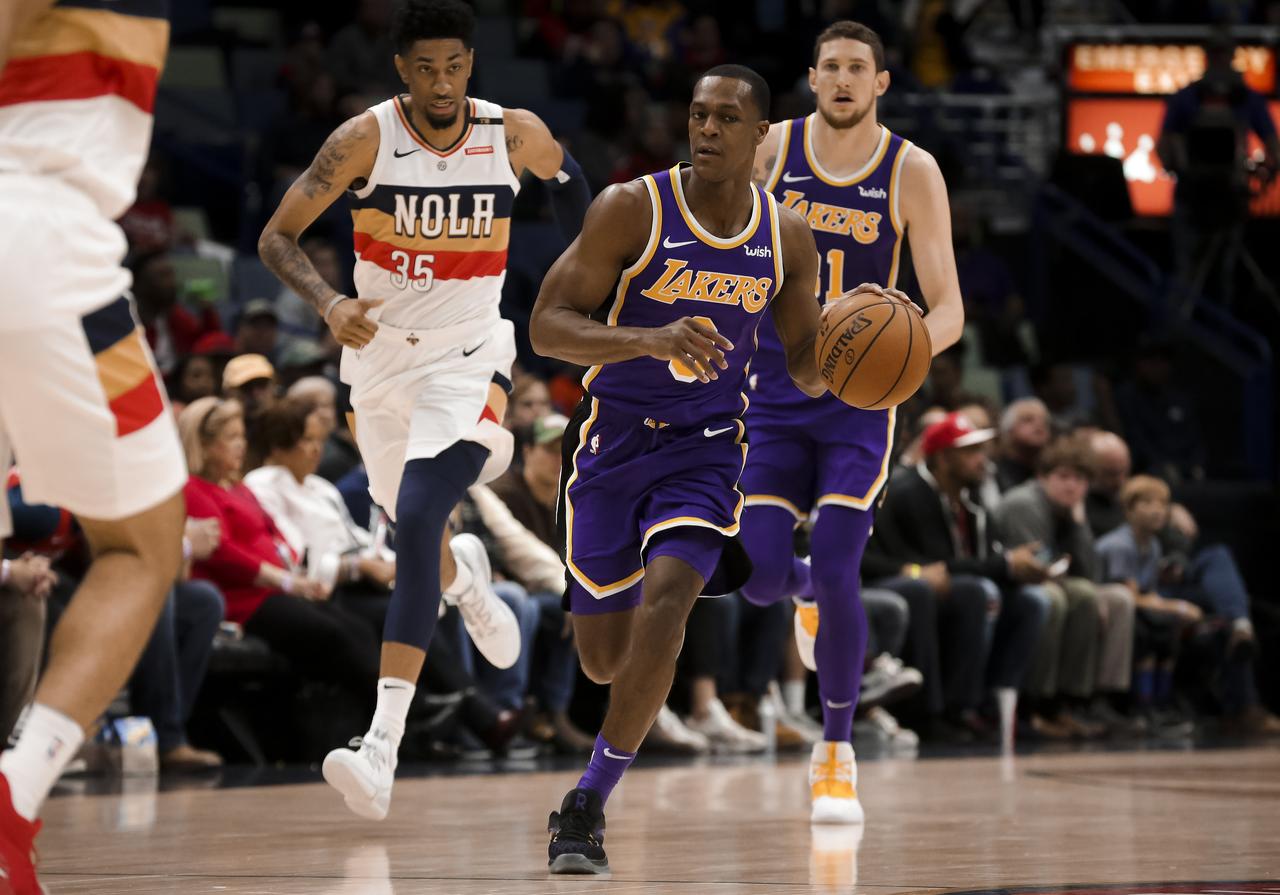 The Pelicans have been a team on the rise ever since they got Williamson on the court and they will be feeling good after coming back to beat the Warriors on Sunday, while the Lakers have been on a tear for a while and are coming off a nice win over the surging Celtics. The Pelicans are 12-3-2 ATS in their last 17 road games and I think they will be up for this one as I’m expecting big games from Williamson and Ingram. Give me the Lakers to get the win, but I’m sticking with the Pelicans to earn the cover here.