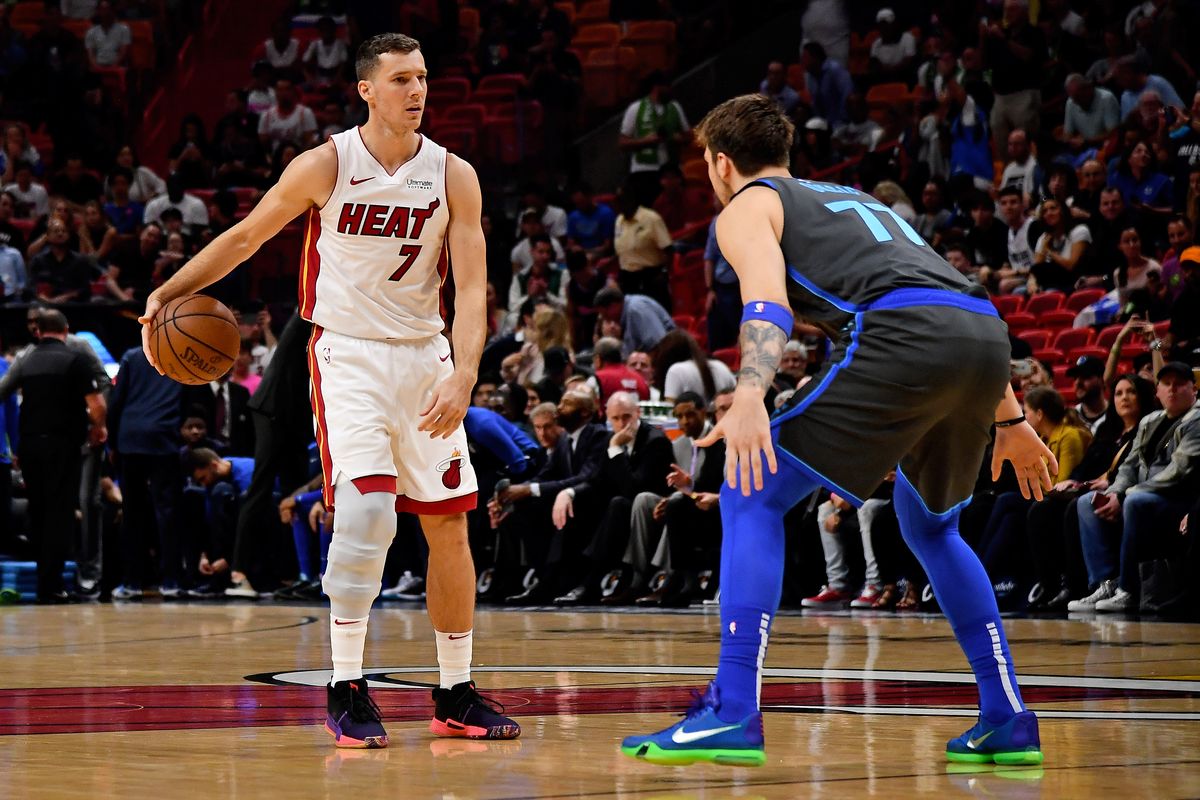 The Miami Heat look to knock off Dallas for the sixth consecutive time when they visit the Mavericks on Friday. The Heat have won 15 of the past 17 regular-season meetings, a stretch that follows Dallas’ 14 consecutive victories from 2004-2010.
Miami has been faltering of late with seven setbacks in the past nine games, including blowing a 12-point lead with under four minutes remaining in Wednesday’s 129-126 home loss to the lowly Minnesota Timberwolves. “I just think this is our period of the season where there’s some adversity,” Heat coach Erik Spoelstra told reporters afterward. “It’s a good thing when the thing we need to work on is what to do when we have double-digit leads. That shows we’re capable of getting to that point. We just have to close out and finish.” Dallas won four of its past five games and opened up a four-game road trip with a 109-103 victory over the San Antonio Spurs to improve to 20-9 away from home. “We’re a young team that’s continually growing and learning about each other, about playing in tough competitive situations,” Mavericks coach Rick Carlisle told reporters. “We’re battling for playoff position and we’re fighting to prepare ourselves for the playoffs.”

ABOUT THE MAVERICKS (36-23): All-Star point guard Luka Doncic, who turns 21 on Friday, had 26 points, 14 assists and 10 rebounds against the Spurs for his 21st career triple-double to tie the franchise mark set by Jason Kidd. Doncic tweaked his left thumb during the contest while posting his 13th triple-double of the season and power forward Kristaps Porzingis was superb with 28 points and 12 rebounds. “For us, we kind of have this confidence, especially at the end of games, on the road, where we’re going to be able to score,” Porzingis said afterward. “Towards the end of the game we also turned up the pressure defensively, and we were able to get stops. One of the important things we do is we stay calm. We don’t overreact.”
ABOUT THE HEAT (36-22): Miami is 23-4 at home and the collapse against Minnesota came on its own floor, which only furthered concern over where the team stands with 24 games remaining. “This is the time we need to win,” reserve point guard Goran Dragic told reporters. “The playoffs are around the corner. It’s just frustrating. Feels like we’re not the same team that we were in the first half of the season.” All-Star swingman Jimmy Butler returned from a two-game absence to score 18 points but his potential go-ahead layup was blocked with 3.2 seconds left.

Season Update
There is nothing hot about the Heat. They have lost four of their last five games with three of the losses coming to some of the worst teams in the league. Their last two losses to the Cavaliers and Timberwolves were especially embarrassing for a team sitting in fourth place in the Eastern Conference standings. They were 11.5-point favorites at home against the Timberwolves and 6.5-point favorites against the Cavaliers.
Doncic is arguably the most important player to his team than any other player in the NBA. So his potential absence would obviously be a big hit to the Mavericks. I still expect them to show some fight heading into the game with Porzingis leading the way. The Heat have looked vulnerable on defense, and the star center will be the biggest problem on the floor. 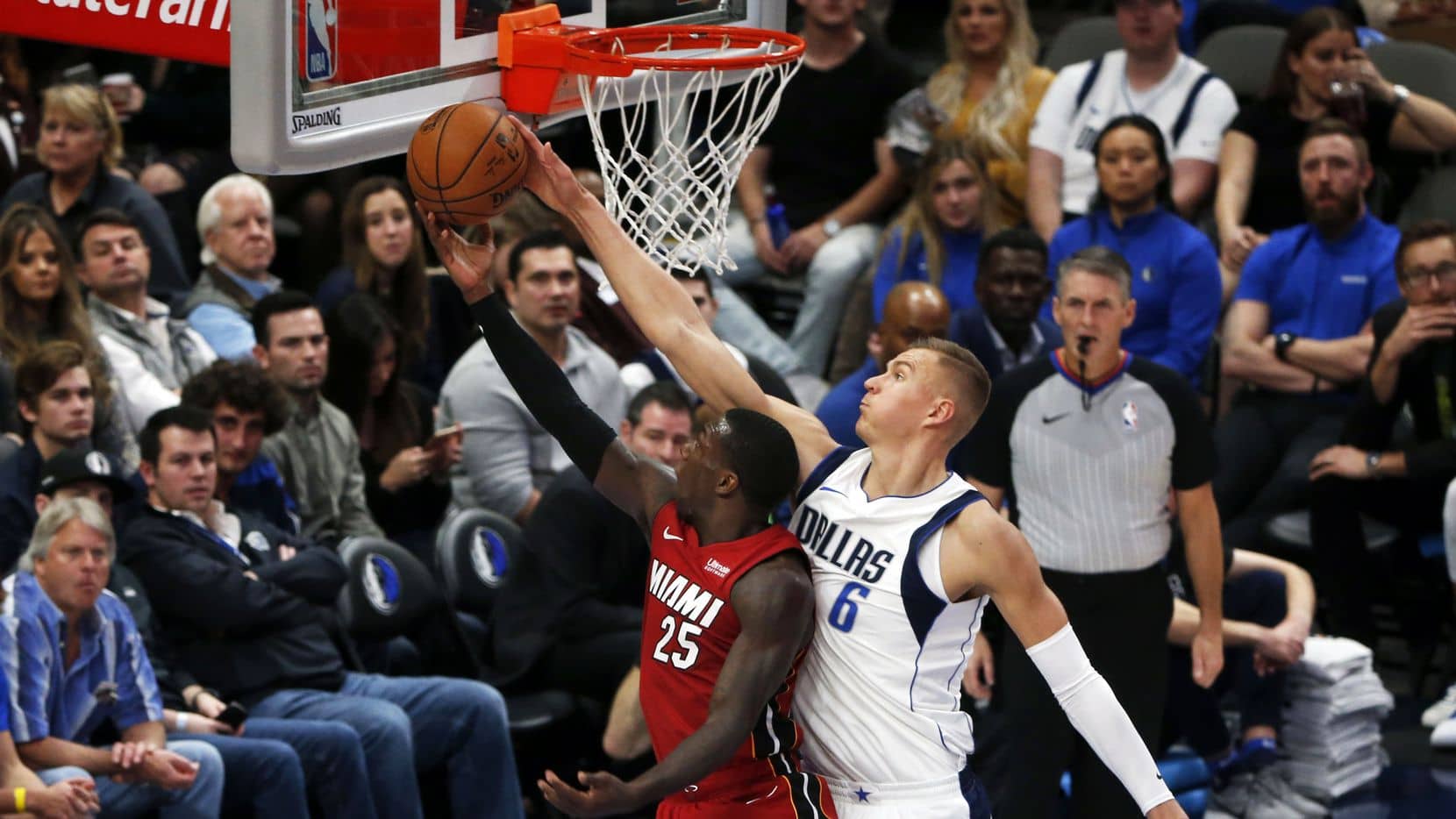 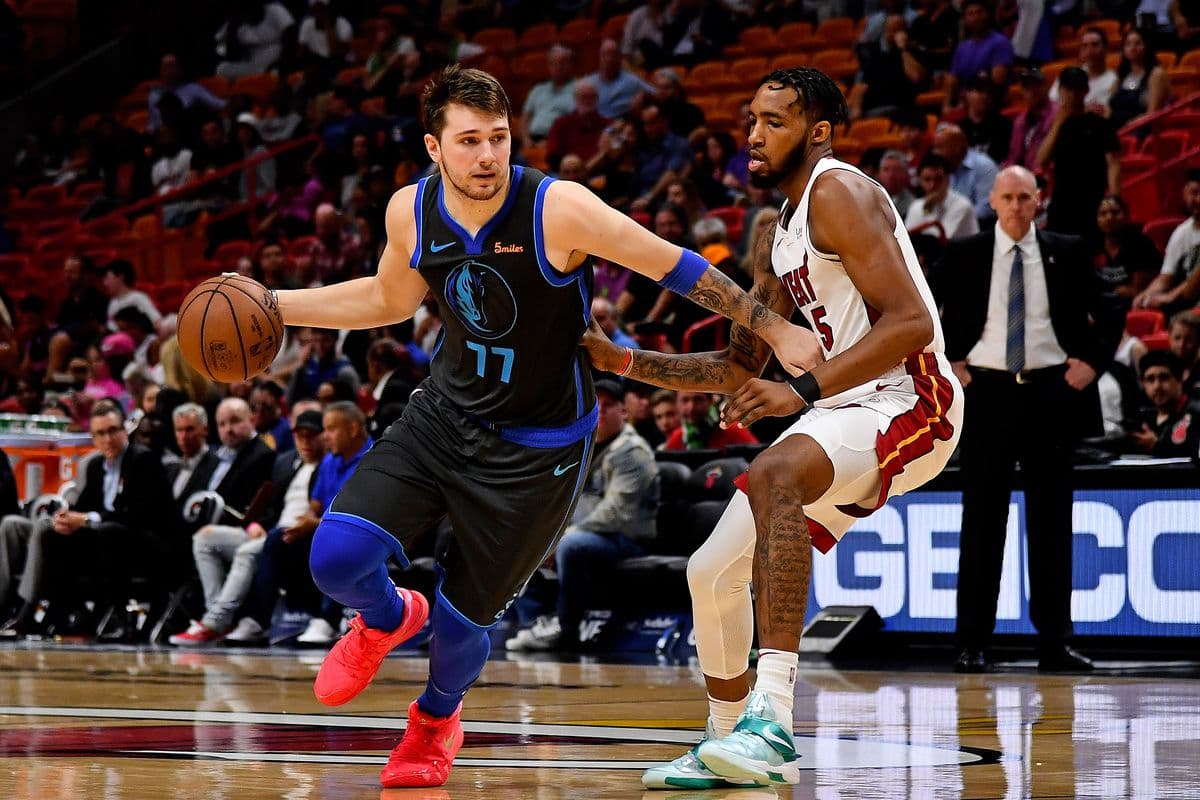 The Miami Heat have won eight of the last nine meetings against the Dallas Mavericks, and while it looks like the wheels are starting to come off a bit, they’re still winning at home by an average of 10.4 points and are 18-8-1 against the spread at home. The Dallas Mavericks have been hit or miss all season long, and Doncic is battling a thumb injury, so who knows what happens with his status. Eventually the Heat need to buckle down and stop the bleeding. This feels like a good spot to do just that after some foolish losses. I’m expecting that trend to stop and taking the Heat in the rematch.