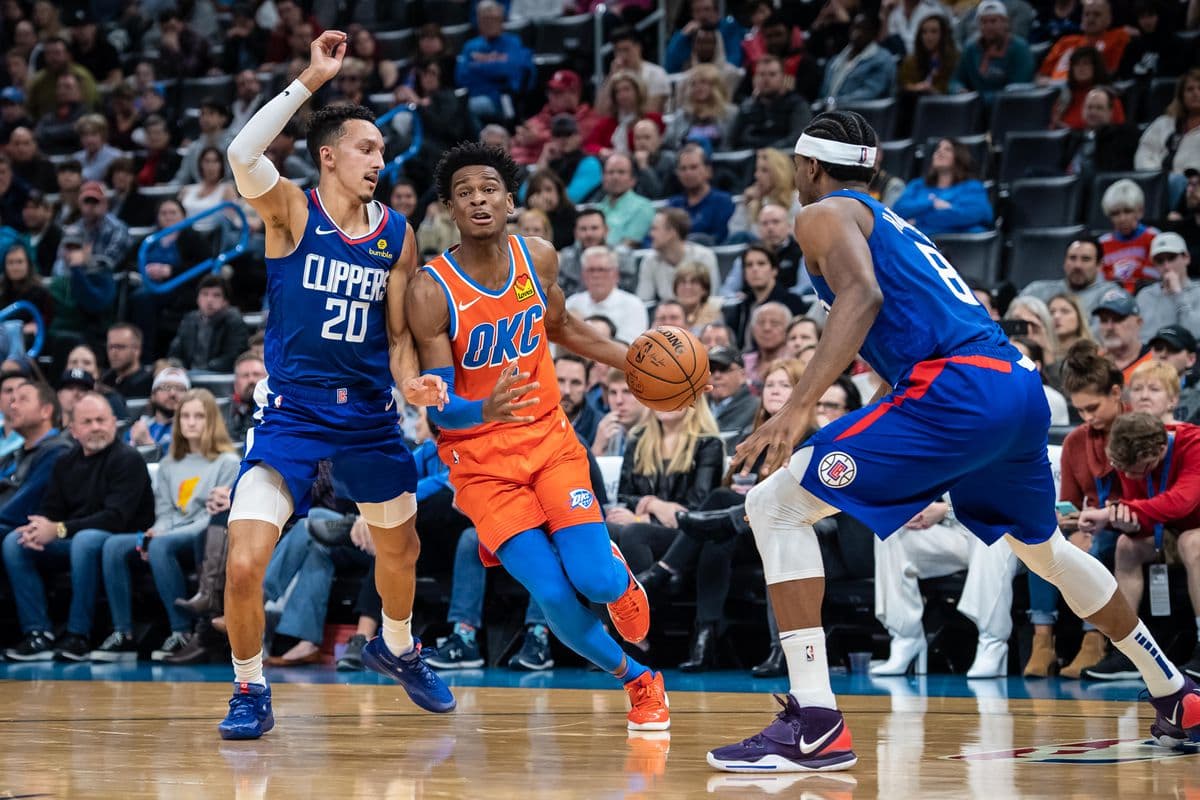 Paul George returns to Oklahoma City for the second time since being traded to Los Angeles when the Clippers visit the Thunder on Tuesday. George was greeted with a friendly ovation in his return on Dec. 22 but was 6-of-17 shooting while scoring 18 points as the Clippers dropped a 118-112 decision.
George was one of four Los Angeles players to score at least 24 points in Sunday’s 136-130 home victory over the Philadelphia 76ers that marked the club’s fourth straight win. “Our focus has always been long term and Kawhi (Leonard) has definitely helped us with that, seeing the big picture and everything,” George said of a teammate that was won two NBA Finals MVP awards. “Looking at the big picture, which of course is the trophy, we kind of check the milestones that we need to check. Like I’ve said before, when healthy we can beat anybody – and it’s no disrespect to any other NBA team.” Oklahoma City had a five-game winning streak halted in an inglorious fashion when the Milwaukee Bucks annihilated the club 133-86 on Friday. “We got a lot of really good looks, but our defense and our rebounding wasn’t much tonight,” Thunder All-Star point guard Chris Paul told reporters. “It’s just an old-fashioned butt whooping.”

ABOUT THE CLIPPERS (41-19): Leonard (30 points), backup guard Lou Williams (24) and backup power forward Montrezl Harrell (24) all scored 24 or more against Philadelphia in a strong offensive showing. “We’re still at a point where we want to get better,” Leonard told reporters after notching his 20th 30-point effort of the campaign. “We’re not being complacent at all. Hopefully we can stay healthy and keep building.” Leonard has reached the mark in 12 of his last 19 appearances.
ABOUT THE THUNDER (37-23): Oklahoma City was blown out early by the NBA-best Bucks and competitive center Steven Adams wasn’t thrilled to have it suggested the club has exceeded expectations in the aftermath. Adams immediately bought into the new direction after the trades of Russell Westbrook and George and coach Billy Donovan feels the big man from New Zealand represents a pillar of strength for the franchise. “He’s a total team guy, I think being a guy that’s been in the organization for a long period of time there’s a seriousness about him of what we need to do,” Donovan told reporters. “When he’s in between the lines it’s all business with him, he’s trying to figure out ways that he can getter better and try and help our team. Whatever you throw at Steven, it’s just whatever he can try and do to help the team.”

Season Update
It’s been a season unlike any other for Doc Rivers and the Clippers, who have had their full complement of players healthy for just six games out of 58. The team is 6-0 when that happens, including a win over the Suns Wednesday in a defensive slugfest. What that lack of continuity has necessitated is the implementation of new off-court strategies. One such wrinkle the Clippers have thrown into their preparation is having players-only film sessions to get on the same page before sending some clips to Rivers and his staff for the team to look at together. Rivers says he’s never done it before in his career, but it’s working.
Chris Paul has been the Thunder’s closer since the start of the year and he has performed admirably in this role. When the game gets tight, the ball ends up in Paul’s hands and he dictates the action. The spotlight falls onto Paul as he picks the defense apart and finds the opportunity to win the game. Against the Kings, it was no different as Paul scored nine points on three made field goals while also notching two assists. Paul is one of those players who gets better in clutch situations which has been one of the more important reasons in the Thunder grinding out victories game after game.

The Thunder and the Los Angeles Clippers have played 216 games in the regular season with 138 victories for the Thunder and 78 for the Clippers. 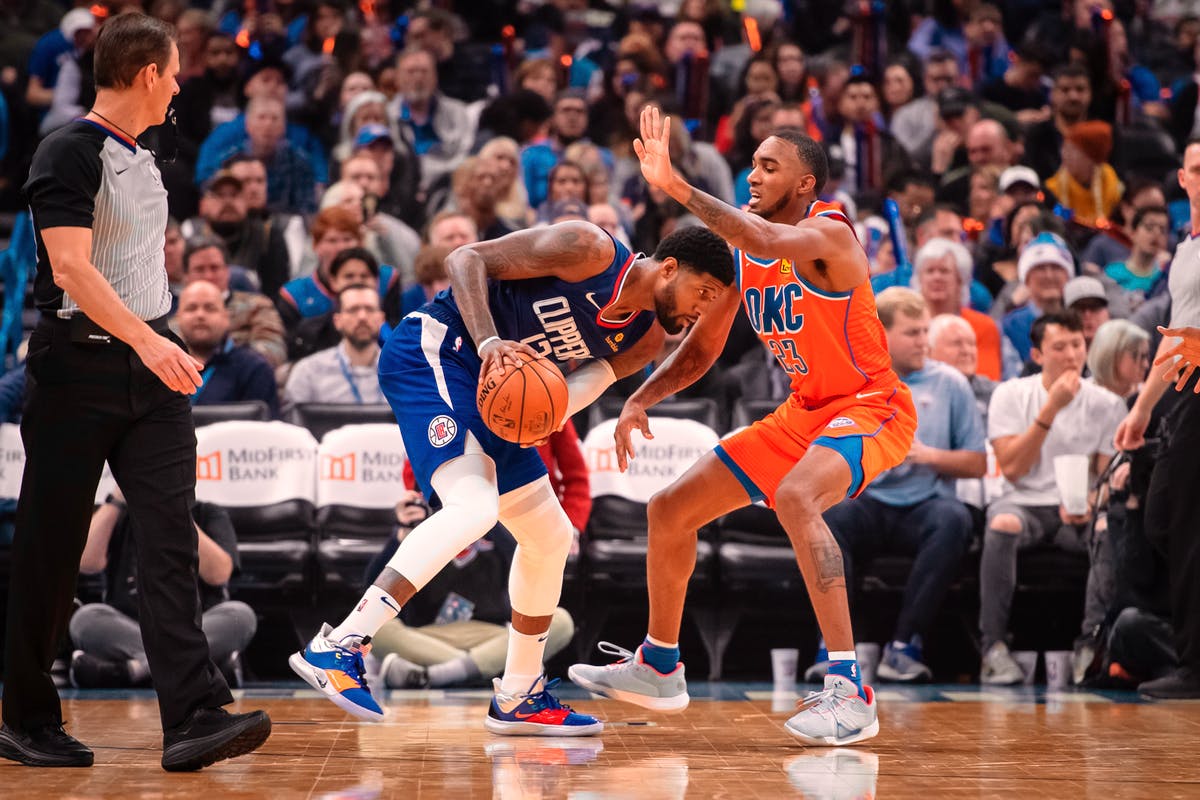 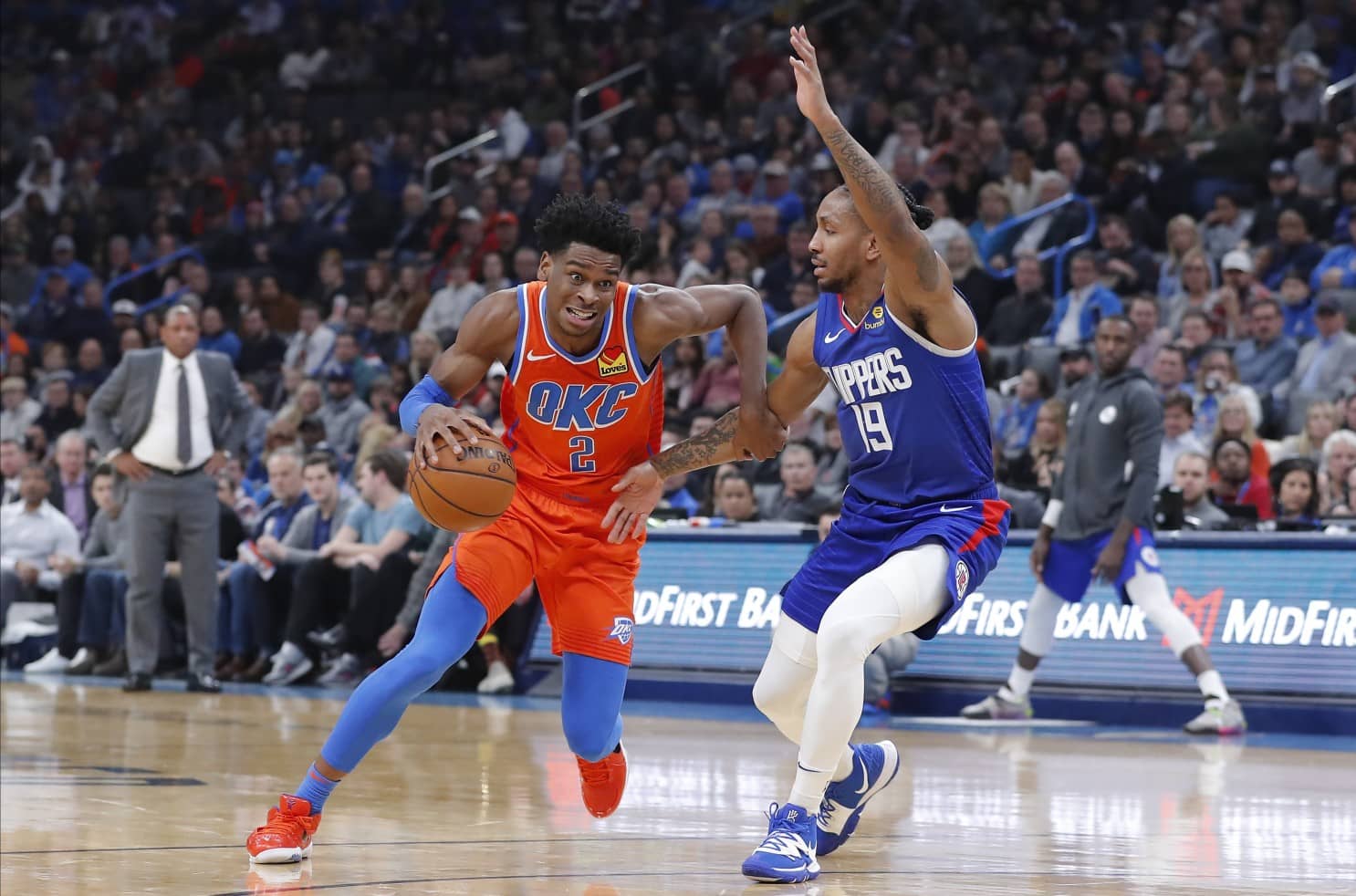 You’re just never sure which team you’re going to get with the Los Angeles Clippers, as the lineup constantly changes and it leads to inconsistent play and weird results. Just look at the 76ers game last weekend where the Clippers struggled to put away a bad road team without Embiid and Simmons. The Oklahoma City Thunder aren’t nearly as successful against the spread at home the way they are on the road, but they are 25-9 against the spread as an underdog and did beat the Clippers when these teams met back in December. Its a pick in my book play the over and be safe.