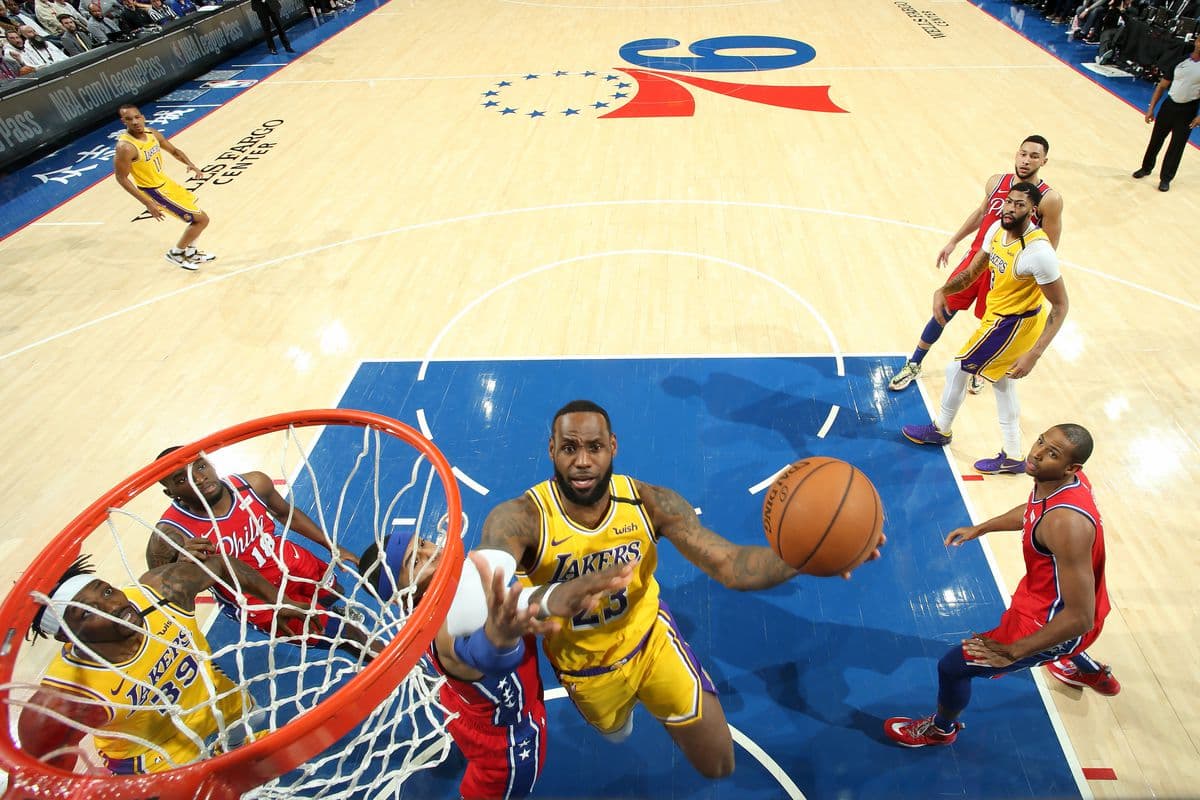 LeBron James is now a co-favorite for NBA MVP honors and he looks to record another stellar outing when the Los Angeles Lakers host the Philadelphia 76ers on Tuesday. James registered 34 points, 13 assists and 12 rebounds for his 13th triple-double of the season as the Lakers posted a 122-114 road win over the New Orleans Pelicans on Sunday.
James is now five shy of matching his career best for triple-doubles in a season after controlling the contest with fellow All-Star Anthony Davis (knee) sidelined. “Obviously, spectacular performance by LeBron James,” Lakers coach Frank Vogel told reporters afterward. “His shot-making was ridiculous from both in the post, with turnaround jump shots, and at the 3-point line. When they brought double-teams, he is one of the best passers in the league.” The 76ers will again be without All-Stars Joel Embiid (shoulder) and Ben Simmons (back) and they will be looking to snap an eight-game road losing streak when they face the Lakers in the second contest of a four-game trip. Philadelphia lost 136-130 to the Los Angeles Clippers on Sunday to start the excursion.

ABOUT THE LAKERS (46-13): Los Angeles has won eight of its last nine games and a showdown with reigning MVP Giannis Antetokounmpo and the NBA-best Milwaukee Bucks awaits on Friday. Davis’ ailment isn’t considered serious and he will likely be back in the lineup against the 76ers. James is averaging 25.5 points, 7.8 rebounds and a league-best 10.6 assists and he has topped 30 points in four of his last six appearances while continuing his stellar passing that includes 37 double-digit assists outings.
ABOUT THE 76ERS (37-24): Shake Milton was dropped from the rotation in mid-February but that doesn’t appear to be anything he needs to fear again in the near future after he established career highs of 39 points and seven 3-pointers in the loss to the Clippers. “It kind of just happened randomly. I was ready as soon as there was the opportunity,” Milton told reporters of his superb performance. “Once the first couple ones knocked down, especially the first 3, I felt pretty good. It definitely feels cool.” Brown said Milton, who is averaging 8.8 points in 28 games (12 starts) with the 76ers, will receive more opportunities down the stretch.

Season Update
The Lakers already added Markieff Morris on the buyout market. The team also released sharpshooter Troy Daniels earlier this week and worked out former Miami Heat shooting guard Dion Waiters on Monday. James’ former running mate, J.R. Smith, is also expected to get a workout opportunity from the Lakers. Smith, 34, hasn’t played in an NBA game since November 2018 but his familiarity with James could make for a smooth transition in Los Angeles. Jamal Crawford is also on the list of potential candidates that the Lakers could add heading into their playoff push.
With Simmons out, Milton has emerged as the 76ers’ starting point guard. The 23-year-old has been absolutely on fire as of late, averaging 20.4 points per game over his last five games while shooting a red-hot 73.3 percent (22 for 30) from 3-point range during that span. For a team that has largely disappointed this season, the former G-Leaguer emerging into an expanded role has been a rare feel-good story in Philadelphia.

The Lakers and the Philadelphia 76ers have played 282 games in the regular season with 145 victories for the Lakers and 137 for the 76ers. Philly has won the last 3 meetings to include a sweep last season. 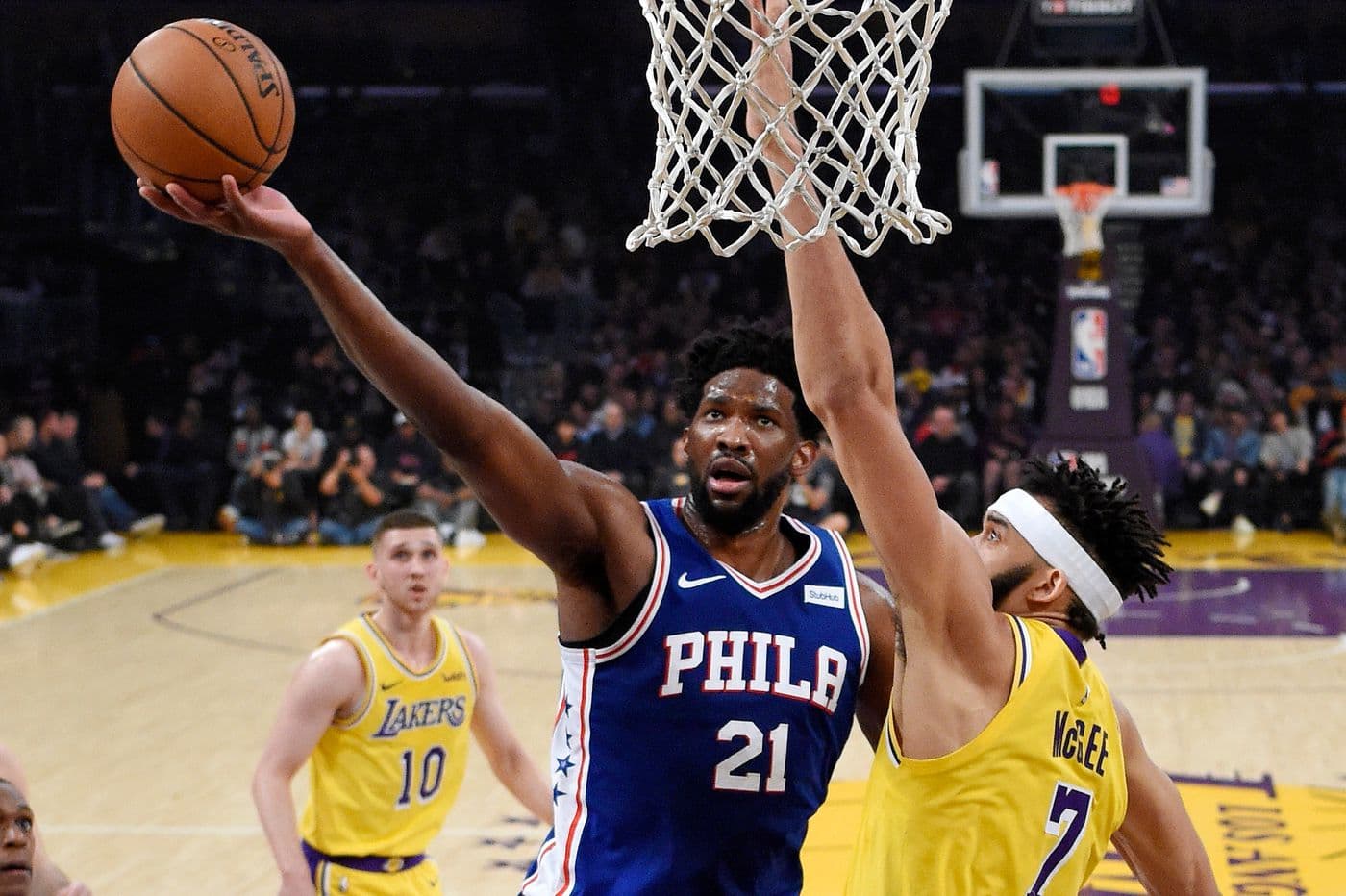 The Lakers have extended their Western Conference lead since the All-Star Break and are now ahead of the second-place Denver Nuggets by 5.5-games. Meanwhile, Philadelphia has slid into fifth place in the East with a 37-24 overall record. The 76ers are already banged up and playing the second game of a four-game road trip. Can Philadelphia cover the spread on the road against LeBron James and the Lakers on Tuesday night? 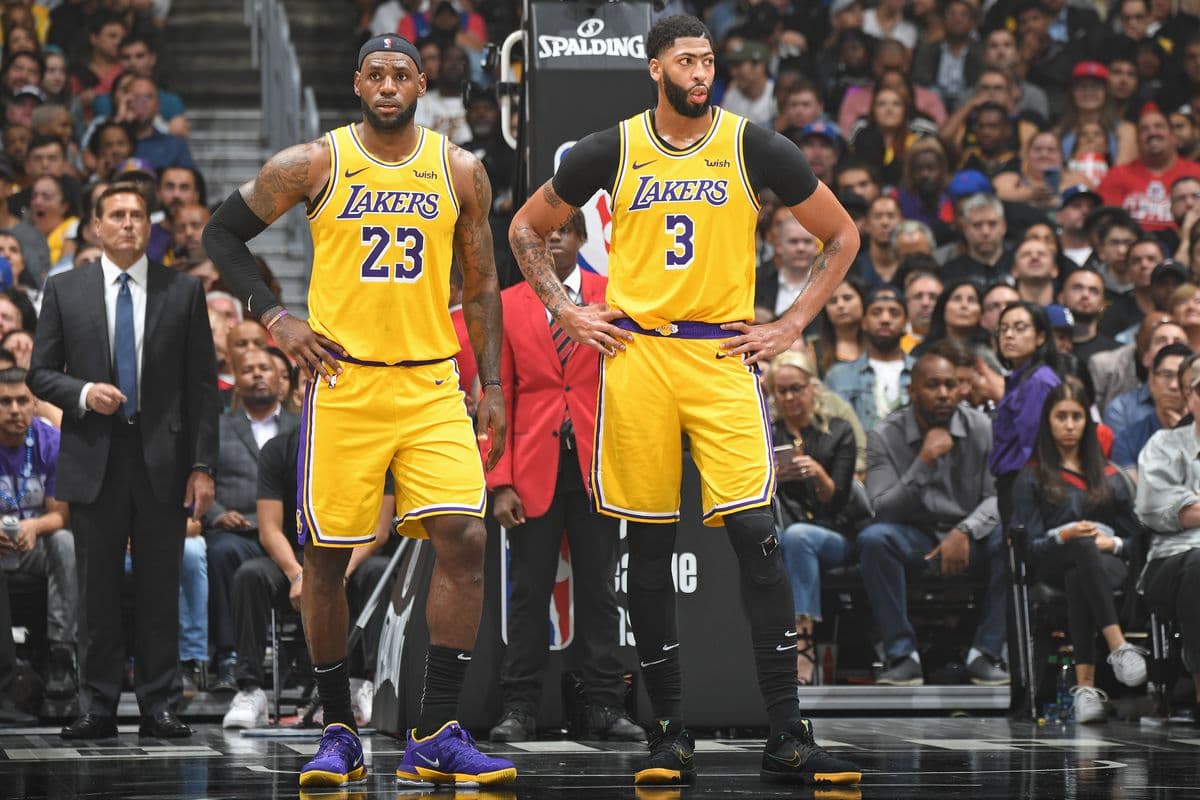 The 76ers have been miserable on the road this season, winning just nine of their 31 games away from home. Neither Simmons or Embiid are expected back for this game. The team also lost Josh Richardson to a concussion in the loss to the Clippers, so it’s hard to see them competing again here. The Lakers rested AD against the Pelicans but having him on the floor for this game gives me very little doubt about the result. Take the Lakers to cover the number at home against the 76ers on Tuesday night.