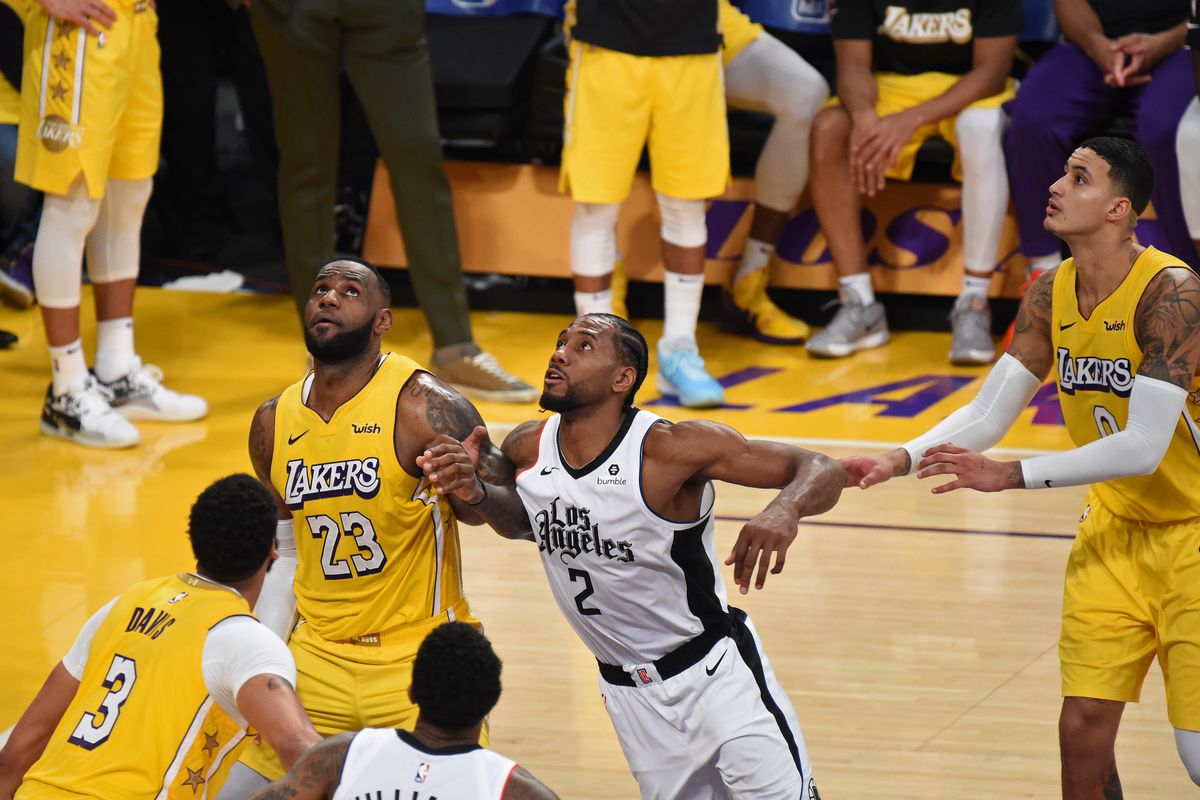 The Los Angeles Lakers are sitting clear of the pack atop the Western Conference and flexed their muscle while knocking off the NBA-best Milwaukee Bucks on Friday, but their arena mates are just beginning to hit their stride. The Lakers will try to prove they are still the best in the West when they serve as the visiting team against the Los Angeles Clippers on Sunday.
The Clippers took each of the first two meetings – on opening night and on Christmas Day – but Lakers star LeBron James isn’t reading too much into those contests. “We know how well they’ve been playing as of late,” James told reporters of the Clippers. “They’re at full strength. We’re at full strength. And we look forward to the challenge to see how we can match up with them again. So, you know, the first game, we kind of threw that game out the window. It’s the first game of the season. … And then the Christmas Day game, we didn’t play to our capabilities. We played great in the first half and then the second half we let it kind of get away from us. So, we just look forward to see if we can continue to play good basketball, no matter win, lose or draw.” The Clippers, who sit 5 1/2 games behind the Lakers in second place in the West, are winners of six straight and have been beating their rivals off the court for months in terms of player acquisition, snagging forward Marcus Morris at the trade deadline and point guard Reggie Jackson on the buyout market. The added depth, along with the healthy returns of point guard Patrick Beverley and star swingman Paul George, give the Clippers the deeper roster among the two rivals.
ABOUT THE LAKERS (48-13): The Lakers clinched their first playoff berth since 2013 with Friday’s 113-103 triumph behind 37 points, eight rebounds and eight assists from James. “I came here to put this team and put this franchise back where they needed to be,” James told reporters. “The league is not what it is if the Lakers are not winning. And that was one of my responsibilities, one of my goals when I came here.” James, 35, is averaging 25.6 points on 49.9 percent shooting, a league-best 10.7 assists and 7.8 rebounds as he battles Milwaukee star Giannis Antetokounmpo for league MVP honors.
ABOUT THE CLIPPERS (43-19): The first move the Clippers made in direct competition with the Lakers was winning the services of reigning NBA Final MVP Kawhi Leonard in free agency, and Leonard has been everything for which the team hoped. Leonard is averaging 26.9 points, 7.5 rebounds and 5.1 assists and scored at least 25 points in each of the last three contests as the Clippers turned away playoff hopefuls Philadelphia, Oklahoma City and Houston. George continues to work his way into shape following a hamstring injury and filled the box score with 13 points, nine rebounds and seven assists as the Clippers earned an easy 120-105 victory at Houston on Thursday.

Season Update
The two Los Angeles teams have been on a collision course all season, and this is the last real chance we get to see how they measure up before the postseason. (They play again on April 9 in a game rescheduled due to Kobe Bryant’s death, but the Lakers will be playing their third game in three nights).
It’s the last chance for the Lakers to shed the prevailing theory that the Clippers are actually the title favorites despite having a worse regular-season record. That view got a boost from the first two matchups, both Clippers victories despite no contribution from Paul George in the first (he was injured) and little in the second (he shot just 5-18). So far, the Clippers have presented more challenges for the Lakers than the reverse.
The timing for the Lakers to flip this narrative isn’t exactly ideal. Though the Clippers have often been up and down in non-Lakers match-ups, they are rolling with a fully healthy roster, having won five in a row by an average margin of 17.4 points. Maybe health really was their only issue all along. 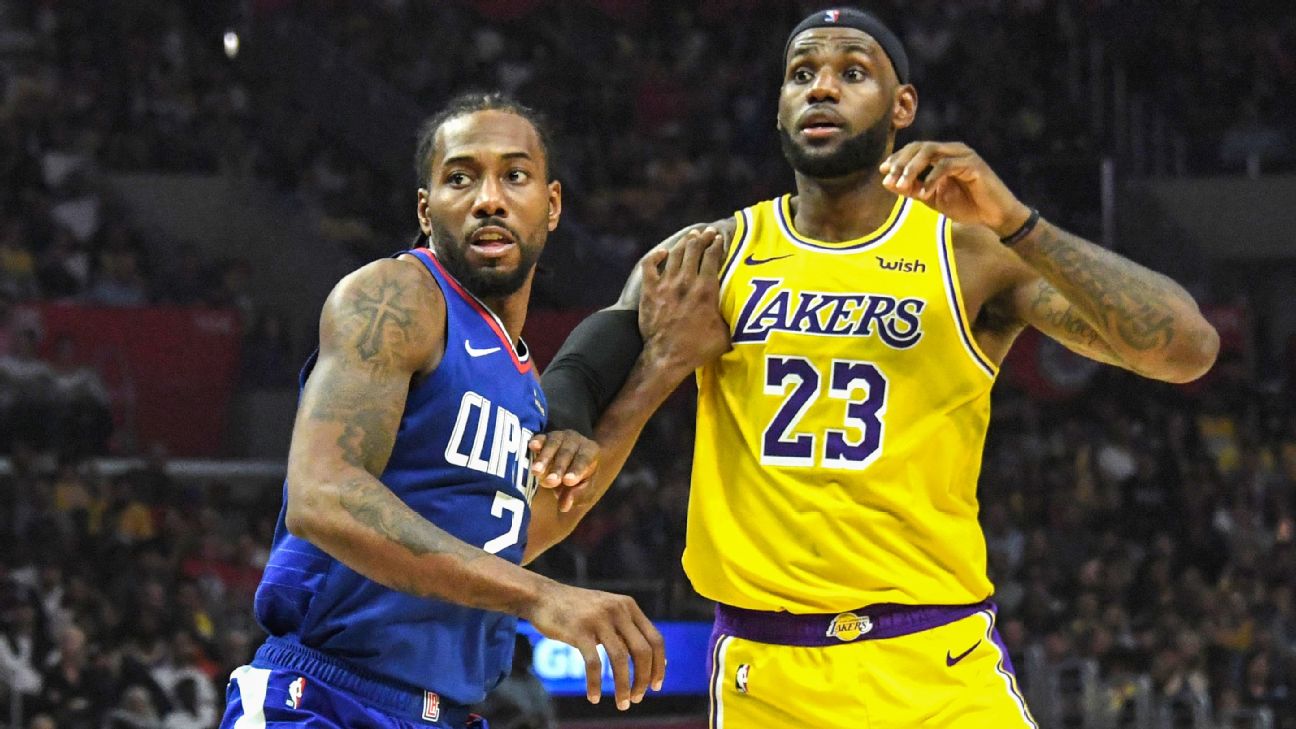 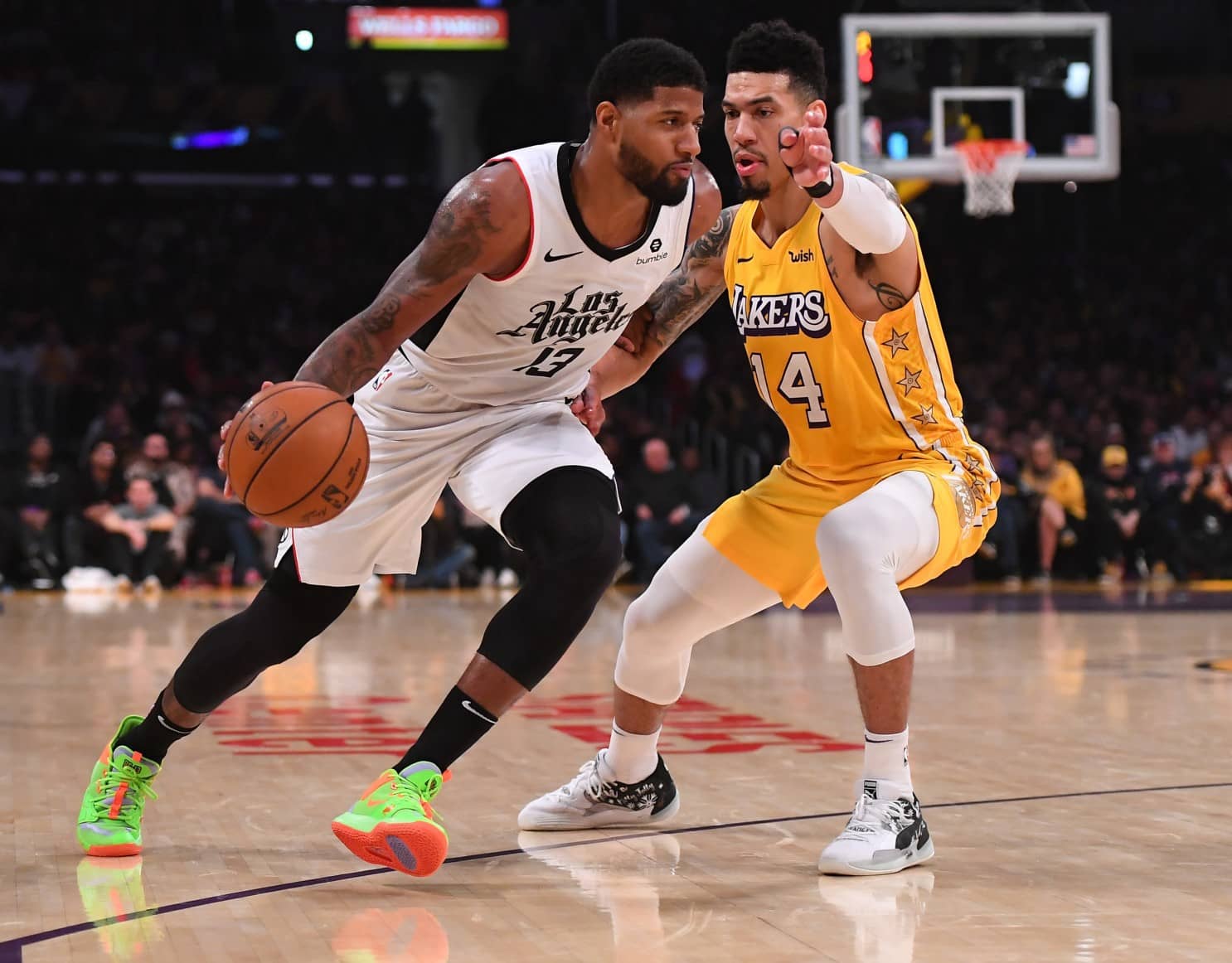 The Los Angeles Clippers have won the first two meetings of the season and are starting to play their best ball of the season with six straight wins and winning their last five games by an average of 15 points. However, we’re getting a free bucket with a Lakers team that’s playing not too shabby in its own right and is 7-1 against the spread this season as an underdog. We saw the Lakers hold the Bucks to 103 points Friday while the Clippers limited the Rockets to 105. This one ends up under the total. I’ll take the Lakers for the spread.