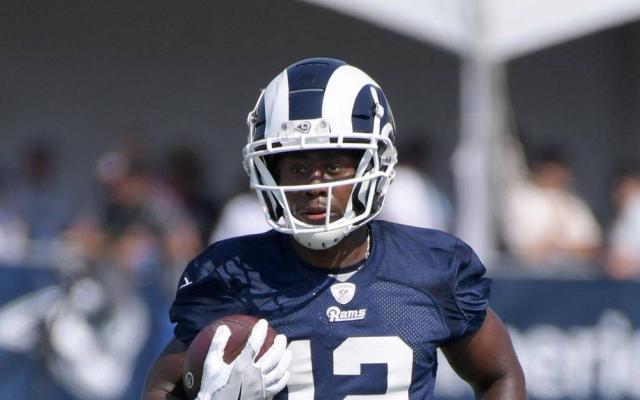 The NFC Championship round is here, and it’ll be the Los Angeles Rams taking on the New Orleans Saints to represent the NFC. Homefield advantage seems to give the Saints a distinct advantage in this game and is a big reason for why they were able to sneak away with a win over the Eagles in the Divisional round. The Rams held off the Cowboys with a 30-22 victory, as the Rams and Saints will face off for a second time this season. The Saints came out victorious at home against the Rams back in Week 9 and look to do it once more this weekend. 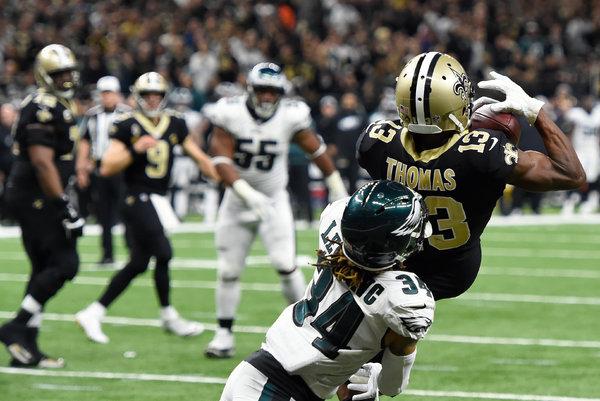 If you remember it was the Saints who handed the Rams their first loss of the season. The first team to put a crack in Sean McVay’s shield, if you will. The Saints keys to victory were shutting down Todd Gurley and the run game, as well as getting the football to Michael Thomas. Thomas destroyed CB Marcus Peters back in Week 9, going off for 12 receptions, 211 yards, and a touchdown. It was the 72-yard TD strike from Brees to Thomas that put the nail in the coffin in that game. The bad news for the Rams is Thomas enters this weekend hot off a 12/171/1 performance against the Eagles. Good news for the Rams is that they now have Aqib Talib back from injury, after missing the first game against the Saints. Perhaps we’ll see Talib covering Thomas this in the Championship round.

Todd Gurley was held to just 19 touches for 79 total yards and a touchdown in the first go-around with the Saints. Perhaps this new tandem between Gurley and C.J. Anderson can help get something going on the ground against New Orleans. Losing DT Sheldon Rankins to a torn Achilles could help the Rams do just that. This leaves the Saints with David Onyemata, Tyeler Davison, and rookie Taylor Stallworth to fill in the run gaps. Both Anderson and Gurley were both over 100 yards last weekend against the Cowboys, combining for 238 rushing yards and 3 rushing TD’s. Anderson has been over 100 yards and has at least one touchdown in each game with the Rams. The main focus for the Rams defense needs to be containing Alvin Kamara and Michael Thomas.

Rankins was a huge presence, literally and figuratively, in the middle of the Saints’ defense this season, gobbling up the run and generating pass-rushing heat to the tune of eight sacks. Torn Achilles’ tendons remain one of the toughest injuries for a football player to come back from. 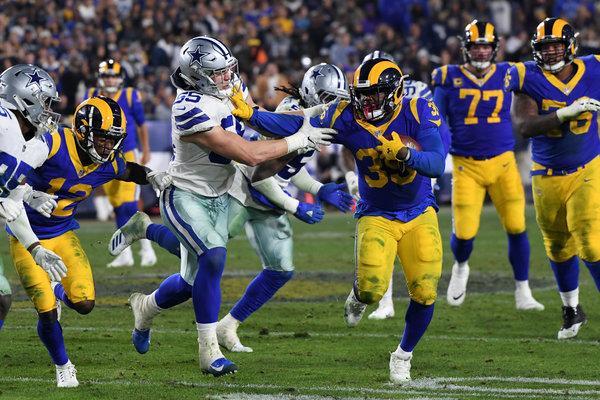 Despite the loss of Rankins, we’re taking the home-field Saints this weekend 27-21.

Join us on Telegram to get even more free tips!
« New England Patriots vs. Kansas City Chiefs Preview, Tips, and Odds
NFL Pro Bowl Preview, Tips, and Odds »
SportingPedia covers the latest news and predictions in the sports industry. Here you can also find extensive guides for betting on Soccer, NFL, NBA, NHL, Tennis, Horses as well as reviews of the most trusted betting sites.
NFL Betting Tips, Predictions and Odds 332