Three of the favourites to win this year’s edition of the Ballon d’Or will meet in the Champions League Final at Stade de France on 28th of May. So far Los Blancos French striker Karim Benzema is the bookmakers’ favourite to win the prestigious award, but the two Africans in the faces of Mohamed Salah and Sadio Mane (both defending the Liverpool badge) are still a threat.

What are Benzema, Salah and Sane odds right now 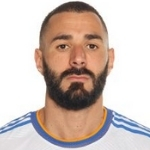 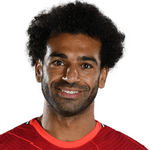 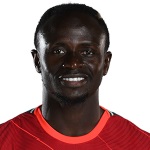 Despite Benzema’s overwhelming advantage in terms of odds, SportingPedia asked three of the leading UK bookmakers the following: “Is it possible for Benzema to be replaced as the bookies’ favourite for winning the Ballon d’Or in light of the Champions League final?”

All three confirmed that it is possible, but this scenario is highly unlikely. What would have to happen is a combination of multiple factors:

In regards to point 1 the bookies are actually favouring Liverpool winning the trophy with 8/5 odds. This would mean that everything is in the hands (or feet to be more precise) of the contenders.

“The odds are clearly on the side of Benzema, but the name of the game is football and nothing is guaranteed. It will require an individual performance of historic proportions if any of the Liverpoolians are to claim the coveted 1st position in the final Ballon d’Or standing. One thing is for certain – this year’s winner will be of African descent.”

« UEFA's away goal rule abolition seems to be backfiring
Survey: How Many Calories Will The Average European Football Fan Consume While Watching the Champions League Final? »
SportingPedia covers the latest news and predictions in the sports industry. Here you can also find extensive guides for betting on Soccer, NFL, NBA, NHL, Tennis, Horses as well as reviews of the most trusted betting sites.
Sports Industry Reports and Analyses 23