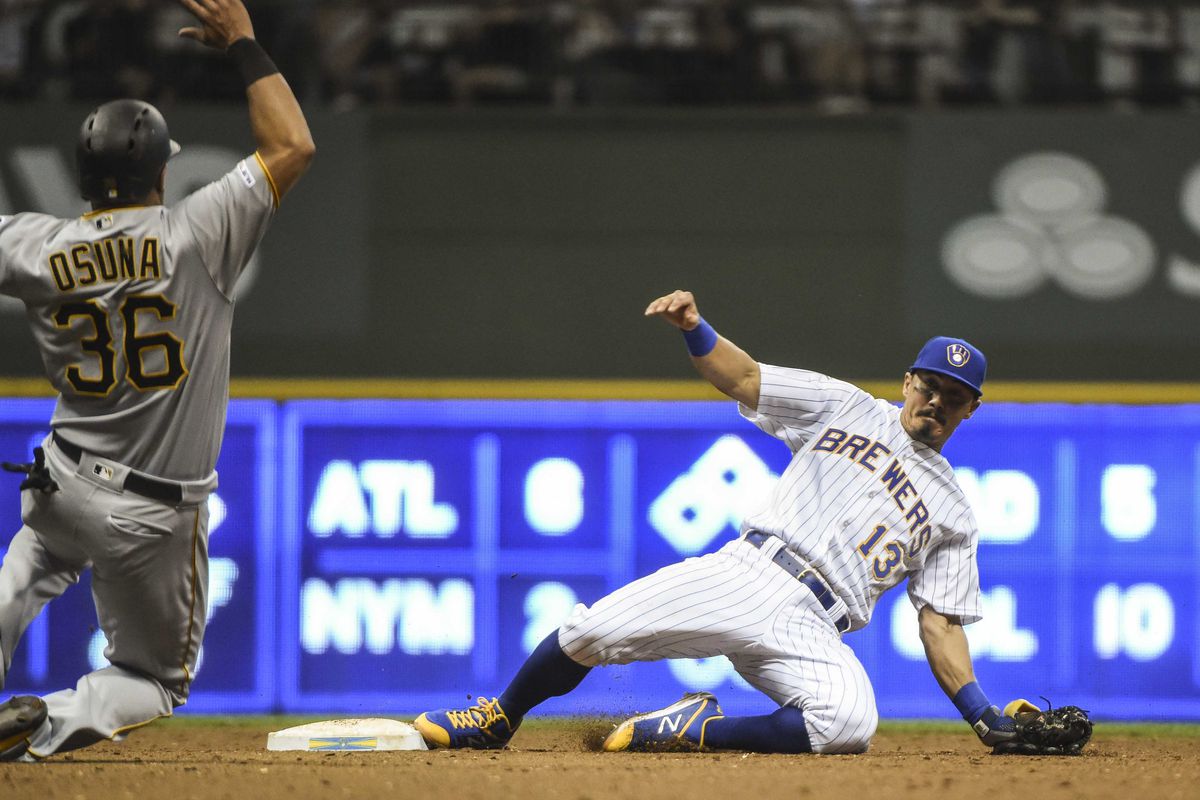 Pittsburgh picked up an impressive win on Thursday, and followed it up with a late comeback victory on Friday, scoring a run in both the eighth and ninth innings to take a 3-2 lead which they held in the bottom half. The NL only features one dominant team in the Dodgers, and no division races are too close, so a Wild Card spot is not at all out of the picture. They are a winning streak away from being in serious consideration.

Milwaukee, on the other hand, has been horrible of late, and they cannot wait for the All-Star break. They do have one of the top players in baseball in Christian Yelich, but there is only so much that he can do. There are some serious holes on this team, and with Corey Knebel out, Josh Hader doesn’t have any reliable pitchers around him to finish games. It is all on him, as he already has the most six+ out saves (without a baserunner allowed) over the past 30 years.

Pirates: What a season it has been for 26-year-old Josh Bell, who has truly looked like one of the best players in the league. He is leading the majors with 70 RBI, has belted 20 homers, plus has a .311 average. Shortstop Kevin Newman is at .333 in his 53 games, with left-fielder Bryan Reynolds at .354. They are all just breaking into the majors now, and under 27 years of age, so this is only the beginning of what could be a terrific era of Pirates baseball. Their starting pitching has not been too good though, and they have quite a few injuries there, but in time, they will get all their talented arms ready to go.

Brewers: The conversation with this team will always begin with Yelich, who is batting .335, with 29 home runs (leads the majors) and 63 RBI. He is still only 27 years of age and is coming off of an MVP year. Miami should have no qualms about dealing him since they are in a full rebuild, but watching this has to sting. Mike Moustakas has launched 23 home runs, while catcher Yasmani Grandal has 18. Jesus Aguilar and Travis Shaw were both effective last year and are now batting .164 and .208, respectively, though, doing the team no justice.

Jordan Lyles will make his return from the IL and start for Pittsburgh, in search of his sixth win of the year. Meanwhile, Brandon Woodruff will seek his 10th win for Milwaukee. Woodruff is 1-1 in three prior starts vs. PIT, while Lyles is 3-1 in his last five starts against MIL.

Make sure you bet PIT +180 tonight folks! They’ve opened the series with a pair of wins, and look to keep it rolling.