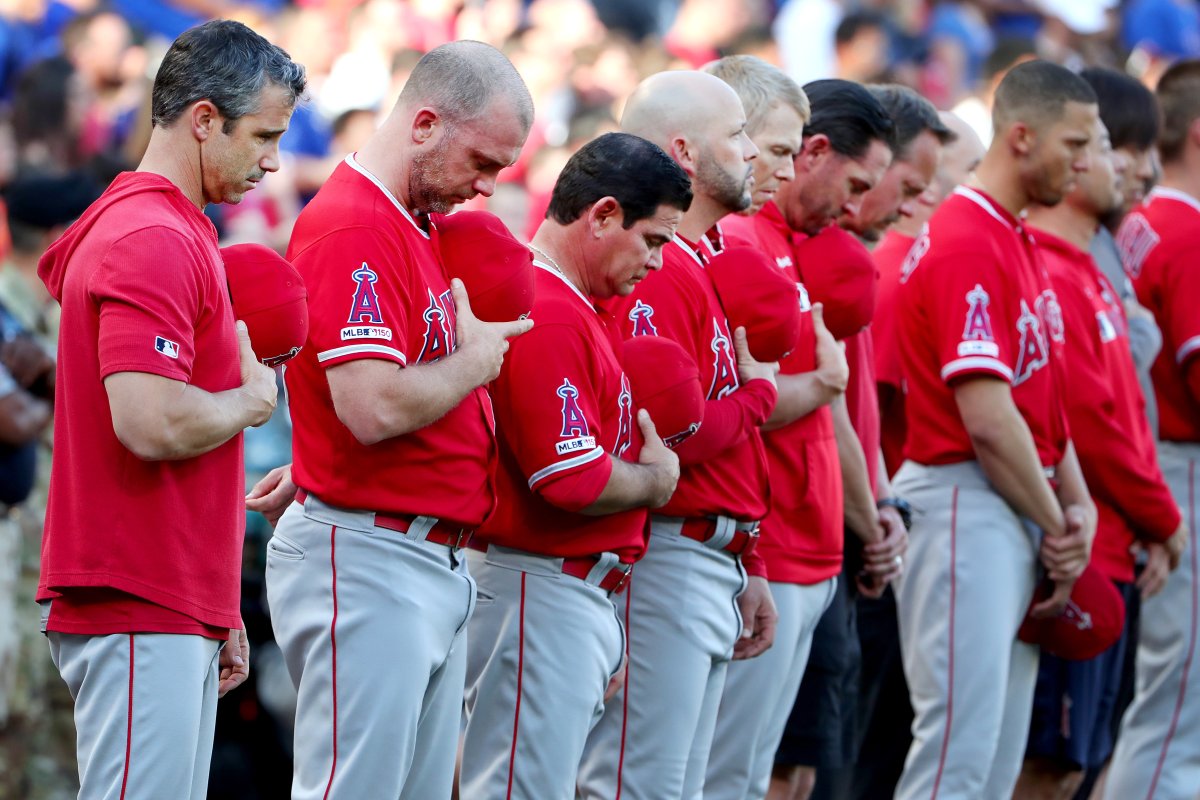 I’m going to use this part of the article to honor the life of Tyler Skaggs. Many of us, as fans, only knew him as the mediocre starting pitcher for the Angels. The guy who was in the midst of a career year. He was 7-7 and led his team in both wins and innings pitched. And on Monday, tragically, he was found dead. We still do not know the cause, but this is extremely heartbreaking. Listening to the way Mike Trout and his teammates plus coaching staff talked about the 27-year-old Skaggs really makes you feel for them.

He sounded like the type of teammate everybody wants to have. There was a quote: “”Skaggs was like my best friend. And there are probably 100 other people who would also call him their best friend.”” He was married just last summer, and the team attended the wedding. The Angels have been a tight-knit community as we can see, and this is just the last thing anybody expected to happen. Rest in peace, Tyler Skaggs. You will be missed.

Angels: Not only did their best starting pitcher tragically pass away, but the team has also lost infielder Tommy La Stella for eight to 10 weeks with a leg injury. He was batting .300 with 16 home runs and 44 RBI, and the Angels are going to miss him badly. Mike Trout is batting .296 with 24 home runs and 61 RBI, and he just belted a pair of them last night. Shohei Ohtani is batting .307 with 12 home runs and 35 RBI. The 24-year-old’s offensive ability is enough to help the team. They will be hoping though that he can pitch again at some point. They finally got Justin Upton healthy, but he left a game with tightness. Yikes.

Rangers: With what LA is dealing with, and both teams still mourning the loss of Skaggs, this series feels different than any other baseball games the squads have ever played. They dropped the first two games in the series but look to avoid a sweep with a win tonight. Hunter Pence had been having his best season in years, but ‘he’s remained out with a strained groin. Joey Gallo only has 54 hits this year but will be in the All-Star Game due to the tremendous power he hits for. Rougned Odor is in the midst of the worst season of his career, but the likes of Elvis Andrus and Nomar Mazara continue to help out on offense.

For Griffin Canning, this will be his second start against the Angels. He allowed one run on three hits in five innings of work in his previous outing against them. Lance Lynn, meanwhile, is 1-2 in his last five starts vs. LA. His win came this past April.

Make sure you bet on LA, folks! They will come away with a win in another emotional contest. LAA +112!